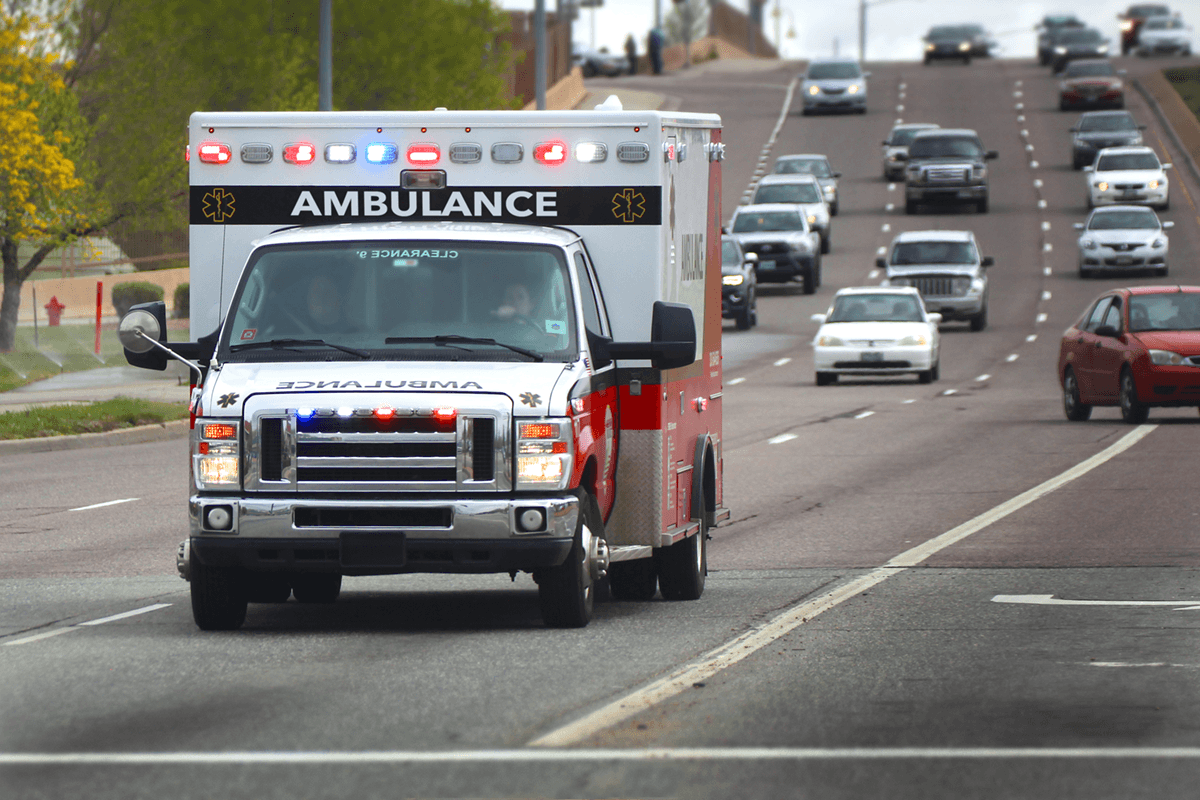 Last week it was announced that longtime Kiowa County Emergency Medical Services Director Eunice Weber was released from her position by the Kiowa County Hospital District, the entity that operates the EMS ambulance service in the county.

Weber, who has been the director of the ambulance service in the county for the past 19 years, says she was let go after an issue with one of the EMTs that required Weber to provide a significant amount of paperwork that she didn’t fully complete. Weber was on vacation when the incident occurred and had not satisfactorily followed through with the hospital district leadership about what had occurred. Although she doesn’t agree with the Hospital District’s decision to release her after a long and successful career, at this time, she has no plans to fight the decision and is looking elsewhere for employment and continues her part-time work at Prairie Pines Assisted Living Facility. She is also looking forward to the two great-grandchildren coming into the family at the end of the summer.

CEO Filpi verified Weber was let go and they were moving forward in their search to find a qualified replacement, “We are accepting applications for a new permanent director, but in the interim, we have asked Russ Watson to serve in the position and he has agreed to do so.”

Filpi explained that once the change was made the hospital district called in Dr. Duwall who is the EMS Regional Director with Southeastern Regional Emergency Medical & Trauma Services Advisory Council (SERETAC). They were on site by the end of the week. Dr. Duwall met with Watson and the rest of the hospital leadership and helped them develop a plan to move forward.

That plan includes making sure there is plenty of opportunity for training in order to bring in new recruits and maintain the certified volunteers who are already in place. It also includes making sure everyone involved understands the best practices developed for processes and procedures as it comes to the overall ambulance services.

Filpi added, “The county’s overall emergency management program depends on all agencies collaborating and communicating. These volunteers have a calling, and we want to support their work by providing the best training and procedures possible for them to be successful.”

For his part, Watson says he had never talked to CEO Filpi until she called him on Tuesday concerning the interim position. “Evidently my name had come up in conversation. I was asked to fill in as the interim. I was upfront with them telling them I didn’t live in the county, and I was the District Director of the Fire Protection District, and I wasn’t EMT Certified.”

Since Tuesday, Watson has had conversations with many people concerning some of these issues but has the full support of the Hospital District behind him. All told, at least for now as Filpi and the hospital leadership searches for a permanent EMS Director, Watson will be in charge of making sure the 18 technicians and drivers and 2 EMT students that sums up the total EMT personnel the county has are well-versed on any new procedures or processes that might come about with the change in leadership.

He’s ready to do his part in developing collaboration with the emergency management personnel from all the agencies. He has been advised that by autumn there will EMT, First Aid and CPR courses available in the county. Before fall, there should be an EMT driver course available. Watson hopes all Emergency Management agencies will take advantage of these training opportunities.

Watson, whose out-of-county status was recently approved by the Fire Protection District Board, also knows there is concern from the Fire Department that he may be stretched too thin if emergencies come up that might require him to be in charge of two different agencies simultaneously.

“Communication will be the key as the leadership from both agencies are aware and I believe we will be able to work well together as we always have. Our fire department has four fire chiefs within the county, so our chain of command structure is in place. For instance, when the numerous fires occurred in the area in late April I was on a cruise and our Fire Department Chiefs did an amazing job coordinating those major events.”

A longtime career as the Director of the Emergency Medical Services has come to an end for Weber. She began her long tenure as the EMS Director in 2003 after spending six years in the local home health industry. She admits she didn’t know much about the job, “They needed someone and asked me, so I said I’d give it a try.”

Weber has worked with a number of volunteers through the years and has seen many changes in the Emergency Medical Services programs, regulations and requirements.

The biggest change she faced was during COVID when the hospital leadership made a hasty decision to move the Emergency Management Services into the control of the county. It was a fast move that didn’t appear to have much planning behind it. The county did take it on, but during the year it took them to get all the necessary paperwork and credentialing in place, the community wondered what was happening with the ambulance service as a whole.

Weber said, “During that time I kept working everyday making sure we still had services, even though sometimes we weren’t sure in which direction to turn. I wrote the grants, continued to train volunteers, even though it was difficult with all the COVID restrictions, and basically kept things afloat.”

By the beginning of this year, the Kiowa County Hospital Board recognized the EMS program was not in the right place with the county as overseer and finally elected to move it back into the control of the hospital. By that point, the County was in complete agreement and handed the EMS back over to the hospital.

Weber indicates, “I rolled with that change again and was also on board when I was asked to move into the new office on Maine Street when the hospital decided to tear down the old office building in order to build their duplexes.”

Through the years Weber has been instrumental in writing numerous, necessary grants in order to help with the purchases of the ambulance vehicles, purchasing the needed supplies and equipment and training the many volunteers who came through the EMS and became lifesavers for this county. She has maintained an excellent relationship with the SERETAC and has served in a board capacity for many years. She was also instrumental in getting an ambulance replacement program into effect. Now, because of the replacement program, there’s a good sum of money that has been put into that account for 19 years and they are in a good financial position. The account funds will allow the hospital to invest in needed capital assets.

As Weber says herself, “I care about the people here. I’ve done so much here. I know people know what I’ve done here. I’ve taught so many people on how to save others. That is just so rewarding. I’ve seen terrible things happen. To this day I’ll drive by a point in the road or a house and remember the bad calls I have been on during those many years of riding in the ambulance. But I also remember the good outcomes.”

As time moves on changes are inevitable and Weber knows this more than most. As we say goodbye to Weber’s tenure at the helm, we must thank her for the unselfish commitment she has given the community for more than two decades.