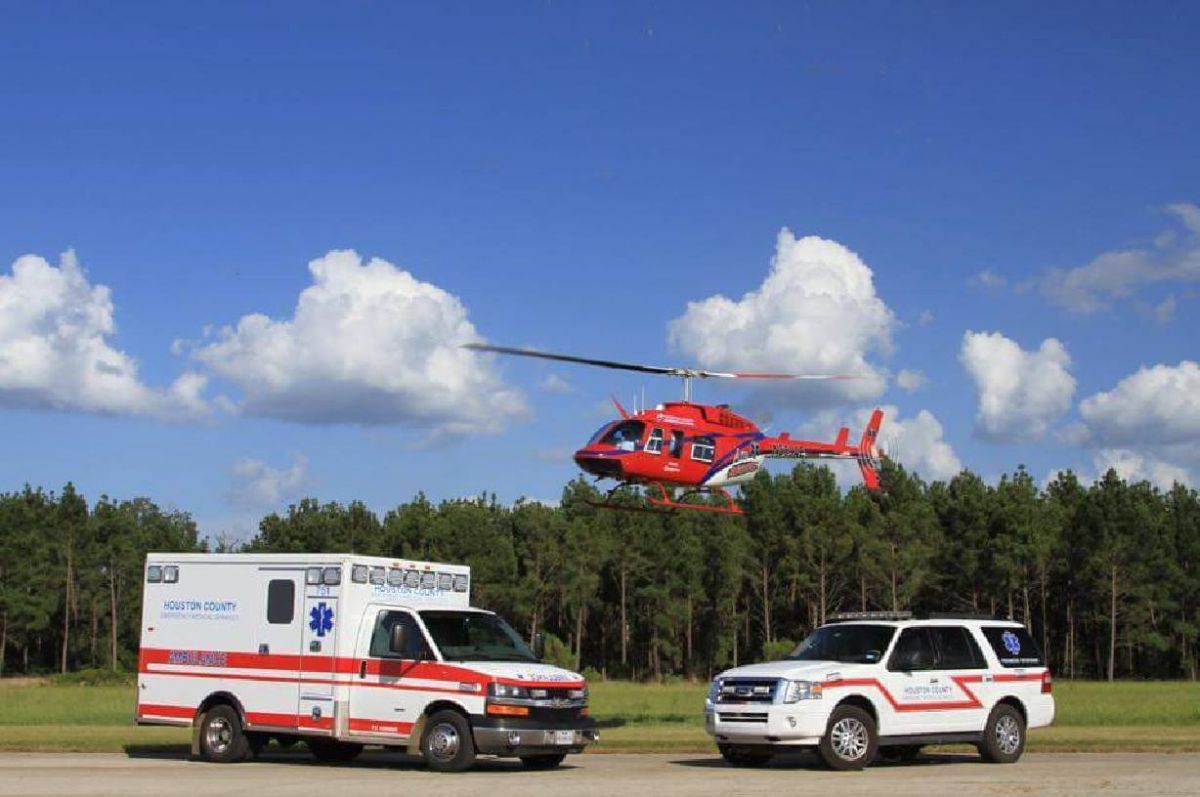 City of Eads Picks Up Tab on Insurance Premiums for Residents

Thanks to an unprecedented act of support from Mayor Joe Shields and the town council of Eads, the majority of people living within the city limits of Eads will no longer have to worry about the prohibitive cost of being flown out by helicopter in the event of a limb or life threatening emergency.  Last Thursday, the mayor signed a contract with AirMedCare that officially provides all members of households in Eads with insurance that covers the cost of out of pocket flight expenses, deductibles and co-payments and puts the burden on AirMedCare to receive payment from insurance companies.  “People just shouldn’t have to decide between money and staying alive,” states Shields.  “The city was able to provide this for the citizens, and we think it’s well worth the cost.”
In 2015, 24 patients with either limb or life threatening emergencies were transported from Weisbrod Hospital by helicopter to larger hospitals in the region.  “Those flights are terribly expensive,” Shields adds. “I know that from experience.  My father-in-law was flown out twice last year.  In some cases, out of pocket expenses on a thing like that can financially devastate a family.”

Bob Walter, Membership Manager for the AirMedCare Network/Memorial Star and Care Connect Membership programs, says potential savings for communities can be tremendous.  He cites the city of  of La Junta who enrolled their citizens in the program in 2015.  Over the next year, more than 11 people were flown to other hospitals with savings to the community totaling more than $500,000.  “Depending upon the situation, flights can range from $25,000 to $50,000.  Once a person is a member, they don’t have to worry about that anymore.”
Individuals on Medicaid are not enrolled in the program since Medicaid covers that service already.  Also, individuals must have insurance to receive total coverage.  If they do not, they will be billed at the Medicaid rate, which is substantially lower than the regular, uninsured cost.
People living outside of Eads are eligible to sign up for the program, as well, at a personal cost of $65 per year.  That fee will then entitle them to all the same benefits and usage qualifications.  Individuals interested in having total coverage in all 32 states with removal of any qualifications can do so for an additional annual fee of $35.

AirMedCare, a nationwide membership program, has affiliated providers in over 260 locations in 32 states.  For this region in Colorado, those air ambulance providers are Memorial Star, based in Colorado Springs, and Care Connect in La Junta.  Once the Care Connect helicopter is in the air, the crew is typically over Eads within about 20 minutes.  The time from Colorado Springs is proportionately longer.

The company also has access to providers with airplanes, some of which are located in Eastern Kansas. However, until pilots with affiliated providers can assess the Kiowa County airport, services will be limited to helicopters.
AirMedCare was originally formed in 1985 by a local group of West Plains citizens living in the Missouri Ozark region.  At that time, air ambulances were almost solely based in metropolitan areas. The citizens believed those most in need of air ambulance services typically lived in rural areas, far from where air ambulances were located.  They consequently formed AirMedCare which has grown to include more than half of the United States.
When asked why the city chose to provide this for Eads’ residents, Shields doesn’t hesitate to answer.  “Local government is always asking things from citizens.  This was a chance to pay a little back.”
The total price tag for citywide membership is approximately $2500.
Bob Walter will be holding two Town Hall Meetings for anyone with questions about the program.  The first meeting will be held at 6:30pm on Wednesday, January 4, at the Cobblestone Inn.  The second meeting will be conducted at the same time on Thursday, January 5, at Prairie Pines.