The Kiowa County Sheriff’s Department reported on their facebook page on Sunday morning that two possibly unrelated burglaries occurred in Eads on Saturday.  The notice read:
“The Sheriff's office is seeking help from the community regarding a couple of burglaries that have taken place in the last couple of days. If you saw anyone around the Kiowa County Abstract building since business hours ended on Friday we would like any information you can share. Rolls of change were taken from the abstract office, including gold dollar coins. We are also looking for information about anyone being seen around Praise Community Church.  An Acer laptop, a Compaq laptop, and a Samsung camera were taken from the church as well as change from their pop machine. A newer black Jeep or Hummer with chrome wheels and black inserts was seen behind the church this afternoon. Footprints were found at the church that might have belonged to a female. If anyone has any information about such a vehicle (the vehicle might have had mud on it) or any of the stolen items, please call the Sheriff's Office at 719-438-5411 or our Dispatch at 719-456-1363. Please share this post!” 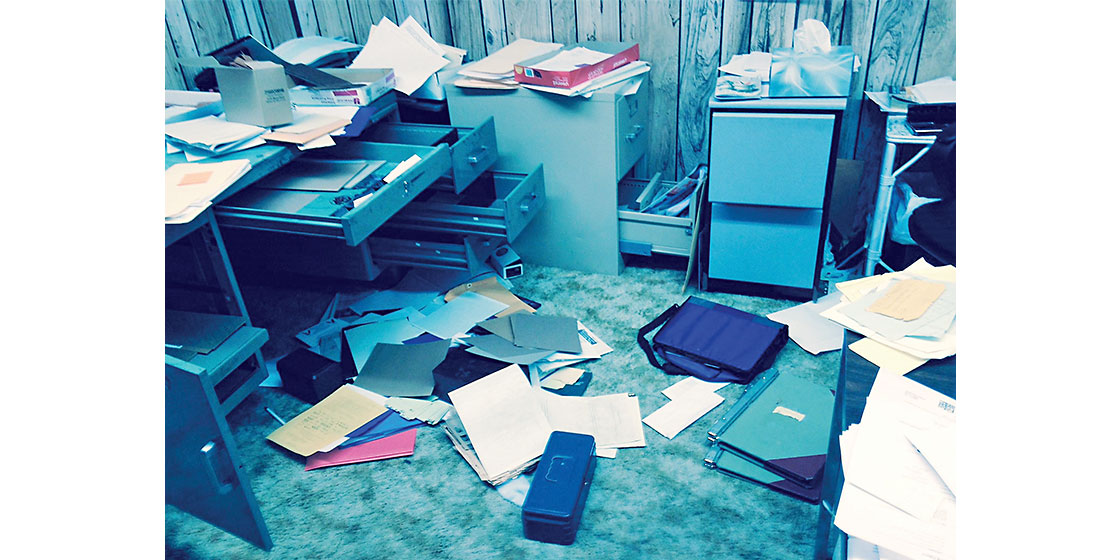 The Indy was able to talk with the owner of the Kiowa County Abstract Company, Kim Richards, who said she was in Lamar when she received a call from a local citizen saying her south window and front door was open.  She asked her brother to go investigate and he found that the inside of the building was ransacked.  When Richards arrived, a representative from the Sheriff’s Department was there investigating.  Richards described the interior of her business as, “A mess!  Every drawer was pulled out and files and papers thrown all over the office.  They also got into the vault and went through the file cabinets in there.”  Richards indicated that about $140 was taken as well as some checks written to the All-School Reunion Fund.  She said she felt overwhelmed about the incident, and at the time we spoke to her she had spent Saturday afternoon and Sunday cleaning up the mess left by the intruders. 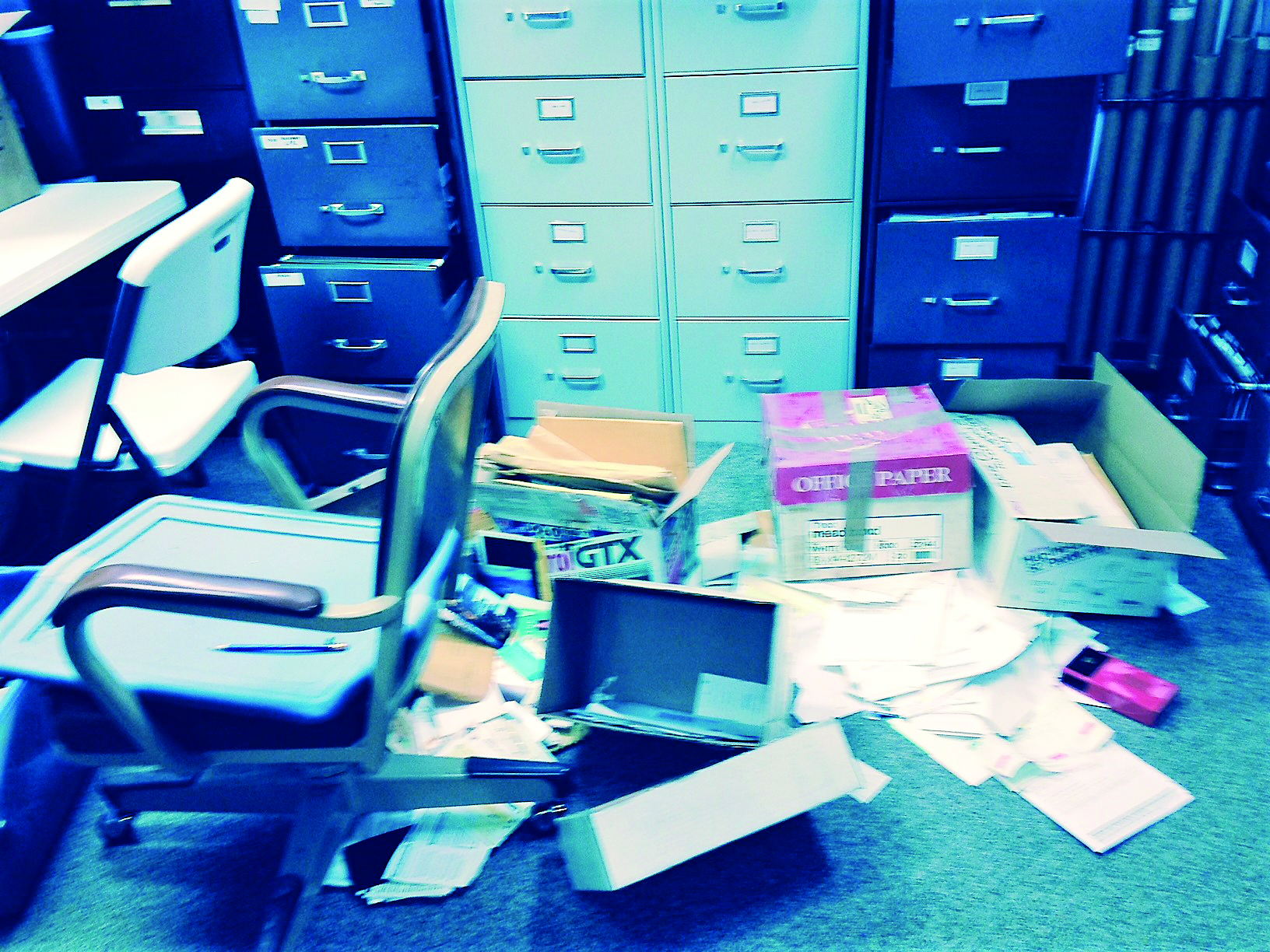 The Indy also caught up with Tony Jensen from the Praise Community Church who described the loss the church had in the break in.  Two computers and a camera was taken.  This equipment is used each week in the Pastor’s work.  On Monday, he had to cancel the after-school youth program because the computer that has his programming on it was stolen in the break in.