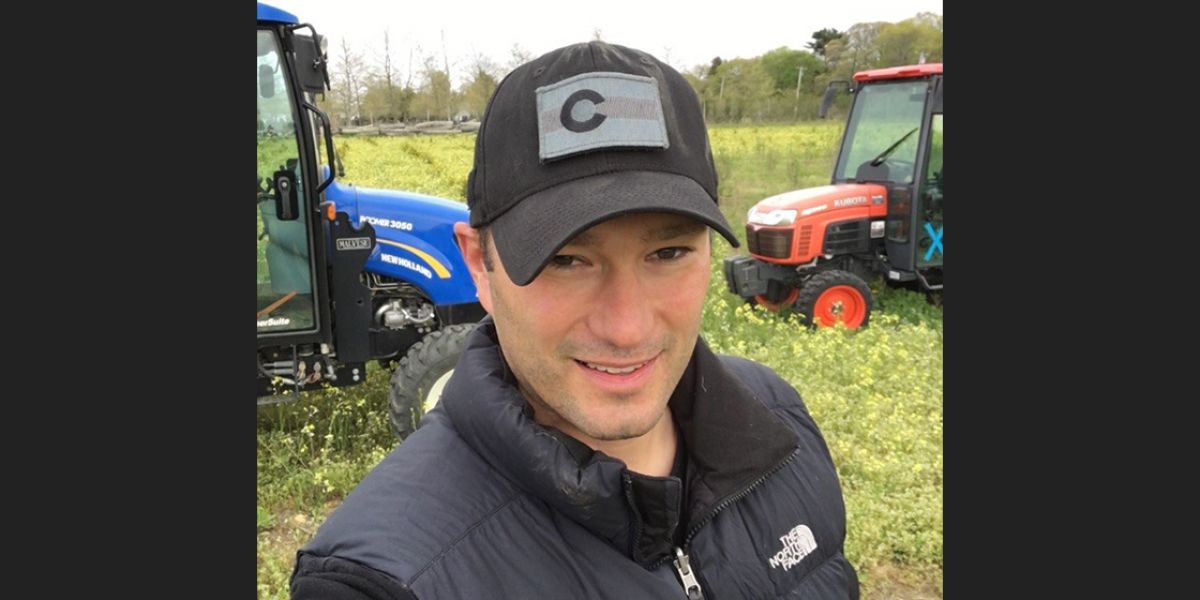 When it comes to Stefan Soloviev, a man who has a substantial presence in Kiowa County but resides in New York, the people of Kiowa County generally fall into one of four categories. The largest group is made up of people who don’t immediately recognize the name but are familiar with someone described as “the Russian who has bought a lot of land around here.” The next group of people, slightly smaller in number, know the name, know he is actively involved in different ventures but don’t know any of the specifics of his situation. The next group, smaller still, know the name, have a good idea of his specific interests in the county and may even have had some dealings with him but have only communicated with his attorney, who also lives out of state. And then, there is the small group of people who know Soloviev personally, who speak to him on occasion and are distinctly familiar with the things he’s doing in—and for—the county.

On the surface, it might be an almost foregone conclusion that a man who seems as elusive—if not downright mysterious—as Stefan Soloviev would be viewed with a certain degree of distrust and suspicion. In fact, one can almost predict the conversations held at the kitchen tables in town. “Well, he’s not like the other absentee landowners who grew up here, bought some property, then moved away but still kept their land. Stefan Soloviev has never even lived here, so, why has he bought so much land? Second, he’s a Russian—now, I’m not saying that’s a problem; I’m just saying it’s…different. Third, he’s from New York, and that is a problem because, well, it’s New York. And fourth, how can he be doing all these things here and nobody’s met him?” Yup, definitely suspicious, right?

Uh, no. Not only is Stefan Soloviev not viewed with distrust, he seems to be largely held in high regard, even among those who don’t even know him by name. And, as I learned when I had the opportunity to speak with him several weeks ago, that is just one of the ways in which Mr. Stefan Soloviev is, indeed, a surprise.

About a month ago, I happened to speak to someone who had Soloviev’s phone number and was willing to give it to me. For over a year, I’d been trying off and on to find a way to contact him. He’s not an easy man to track down. So, as soon as I got his number, I reached out to him in a text, figuring it was a long shot that he would even answer.

Not only did Mr. Soloviev respond, he responded within just a few minutes with a text that was friendly and to the point. He’s obviously very busy, so it took a while to connect. But, when we did, he was gracious and willing to answer just about every question I had. And I had a lot of them, mainly out of an interest in learning what kind of man he is.

Stefan Soloviev is 42 years old and a family guy—a big family guy with 13 children, and he speaks of his kids with all the pride and humor one would expect. His eldest is a 16 year old son who’s expressed an interest in farming, especially after running a tractor for 3 weeks over the summer. As he said, “What 16 year old boy wouldn’t love to drive a big tractor?”

He is Russian, a lineage he gets from his father’s side which also includes ties to royalty. It was his grandfather who first immigrated to the United States, making Stefan’s children third generation Americans. Nonetheless, it’s not surprising that the heritage seems to be such a big part of the family identity; a simple Google search reveals that the name Soloviev is still prominent in Russia to this day.

A native of New York, Soloviev lives in Southampton and is the son of a very successful realtor in Manhattan. He attended Rhode Island University, which is where he first developed an interest in agriculture but not, as he says, “in the typical way”. Soloviev started off as a commodities trader, an interest that became so strong he left college in his junior year to pursue a career in the field. It was only after several years trading on the commodities exchange that Soloviev made the transition into agriculture production.

So…those are a few of the facts, some of which are a little surprising. But the most unexpected aspect of our conversation was not found in what Soloviev says about himself and his life, it was in what he says about the people he’s encountered while doing business in Kiowa County and eastern Kansas.

“I bought my first piece of property in 2007,” he begins. “It was a farm in Kansas, and I bought it at an auction. Not much later—I think it was that night--I got a phone call from the farmer who’d owned the property. He was really angry and wanted to know how long I was going to give him to get out.” At this point, Soloviev pauses, giving me the sense he’s deciding how much information he wants to share about a conversation that was, perhaps, one of the most private conversations 2 men can have. “Let me just say that the man is now one of the closest friends I have,” he says. “His wife is like a second mother to me, and, for me, that’s saying a lot.”

He reflects on the time when, years ago, he first started coming to the area. “I think people were a little…hesitant. Maybe a little afraid,” he says. “And I understand that. Of course, I do. I look different. I speak different. That makes anybody nervous. I knew it was going to take some time to let them get to know me. That’s all.”

And now? Again, he pauses before answering, but, when he does, it’s an answer he gives with conviction. “I’m blessed to know the people I know there,” he says. “Extremely blessed. They’re honest, hard-working, good people. I’m honored to consider them to be very good friends.”

These friendships are not necessarily formed from afar, either. As it turns out, Soloviev comes to Kiowa County about three days a month and has been doing so for years. But, as is revealed throughout the conversation, he has a veritable boatload of business investments, all of which keep him very busy. Consequently, it’s quite likely that, when he’s here for a few days, he’s cramming as much work into those days as possible.

The more he speaks of Kiowa County, the more it becomes apparent that he feels a deep loyalty to the area. “People in Denver don’t even look at Eastern Colorado as part of the state,” he says. “For them, it’s all about the Front Range and the mountains. As far as they’re concerned, Eastern Colorado is just part of Kansas.” He goes on to add, “And I’m going to do everything I possibly can to change that. I don’t know how much of an impact I can have, but it’s my goal to put that part of the state back on the map again, which where it deserves to be.”

From the general description he gives of his investment, he’s committed a significant amount resources to making this area successful. He owns roughly 35,000 acres in Kiowa County, which makes him one of the largest landowners in the county. Evidence of that presence has begun to appear in the Crossroads Agriculture logo painted on silos in the east end.

When asked if there is any truth to the rumor that he’s working to develop a hybrid grain that is drought resistant, I can almost hear the smile in his voice. “Let’s just say I’m working with a seed company.”

When asked about his ongoing interest in the railroad, he will only say that negotiations are ongoing. “But,” he adds, “you can tell the people of Kiowa County that I’m hoping they will get some very good news around the end of the year. Some very good news that could really change how things are going.”

That led up to the question that needed to be asked.

What are his plans for the future? Is this an investment that he hopes to turnaround or is only dependent upon enough rain and good prices on the exchange?

There is absolutely no pause in his answer to that one. “If anybody asks,” he says, “you tell them that I’m not going anywhere.” And the definitiveness in his voice suggests he means every single word of what he says.