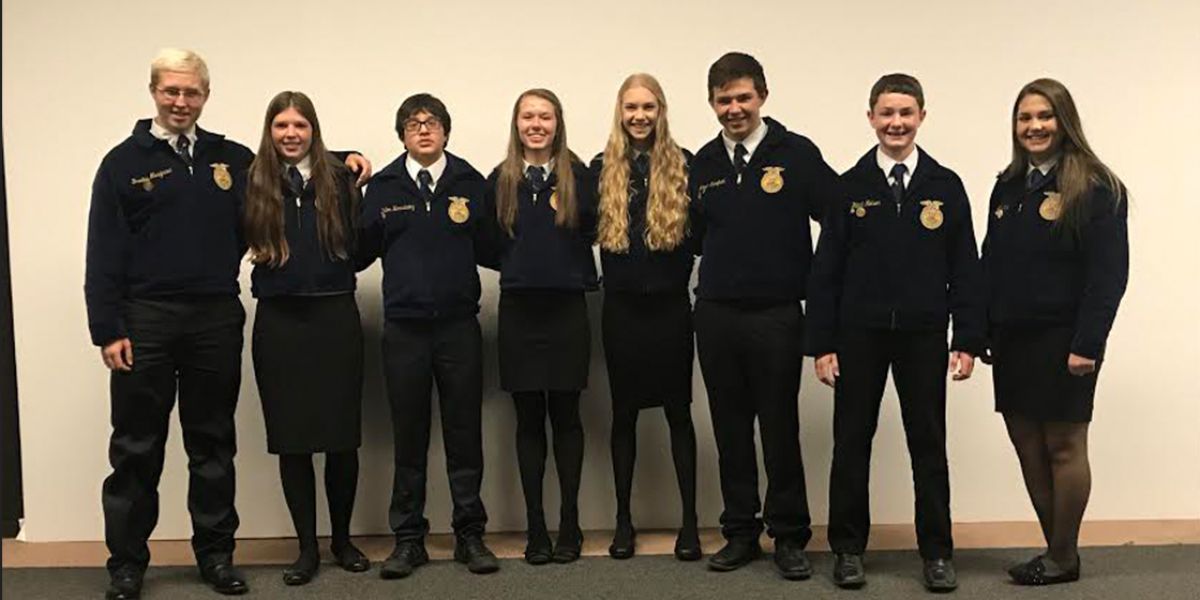 On Wednesday, November 29th, 7 members of the Eads FFA chapter traveled to Cheyenne Wells to compete in the District Competition.

In addition, Mindi Uhland also attended in order to fulfill her District Vice President duties. Freshmen Ally Spady and Hatch Nelson competed in the FFA Creed Speaking contest. Sophomores Kaycee Ellenberger, Jonah Schofield, Dillon Hernandez, and Morgyn Johnson, and freshman Bradley Musgrave and Ally Spady competed in the Parliamentary Procedure contest. Ally Spady finished the Creed speaking contest in the bronze category, and Hatch Nelson ranked gold and won the competition. Hatch will be representing District 8 at the State Competition in June at CSU Pueblo. The Eads Parliamentary Procedure team also finished first over Kit Carson’s parli-pro team and will be competing at the State Competition in June. Mindi Uhland proudly represented the Eads FFA Chapter at the District Competition as an accuracy checker for the Creed Speaking contest and helped as needed throughout the day. These leadership development events help build public speaking, critical thinking, and communication skills to help mold this generation's leaders. Be sure to congratulate our members on a job well done.