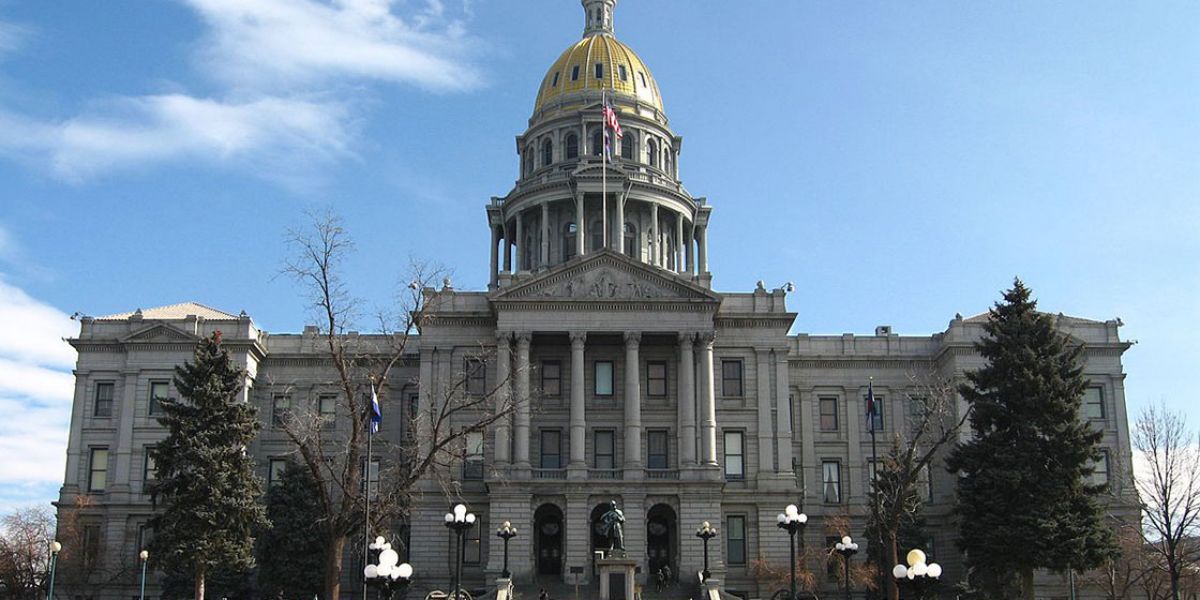 It doesn’t take a genius—or a poll—to figure that the people of Colorado want to know how their local county officials are spending their taxpayer money, including, among other things, how much of their taxes are going to pay county employees and officials. Likewise, people want to access that information easily and frequently.  Laws were passed years ago to guarantee both those things. 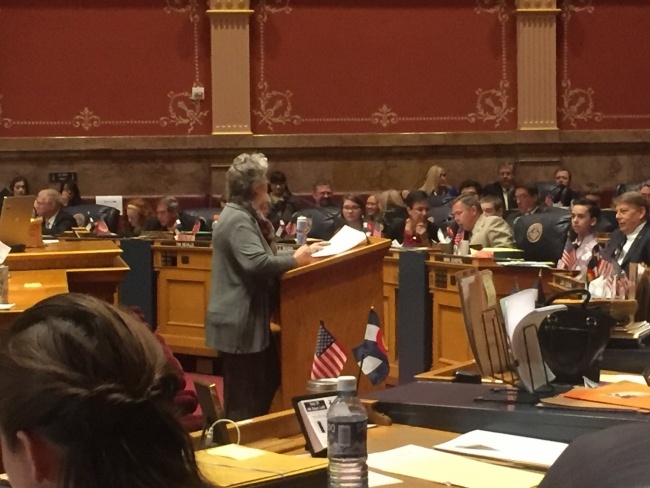 Currently, Colorado law requires each county government to publish a number of notices and reports, including one known as the “expense report”. Published monthly in the county’s legal newspaper, the expense report lists all county expenditures for the preceding month. Colorado law also requires counties to publish a “salary report” that lists the salaries of all public employees and officials. The salary report is printed twice a year, also in the county’s legal newspaper.

In passing SB 156, a bill that seems—to use the vernacular of the day—particularly “swampy”, the Colorado Senate recently voted to change all of that.

Titled “Concerning the Publication of Fiscal Information by a County”, SB 156 was written specifically to change when and where expenditure and salary information are available for the public to view.  Instead of monthly expense reports and twice annual salary reports, both reports will be published only once a year.  That change becomes effective January 1, 2019.

But, that’s not all. Effective January 1, 2020, the law will no longer require these reports to be printed in the newspaper; in fact, they will only be available on an online government website.  The county will be simply required to put a link to the website in the newspaper.

Supporters of the law defend it by saying that publishing expense and salary information in the newspaper is unnecessary since all that information can be found on-line.  Cutting both reports back to once a year publication will save each of the counties money; putting it on line will virtually eliminate the cost.

But a few things seem to be missing from Senate members’ calculations.  According to the state broadband office, 32% of rural Coloradoans do not have access to high speed internet. Rural counties also have larger percentages of older and/or limited income residents who don’t own computers.

Supporters of the bill also fail to acknowledge that funds spent on legal notices make up a very, very small part of county operating budgets.  In Kiowa County, the amount spent is roughly .0004%.  That’s true, even in larger counties:  Denver County spends .002% of its total budget on legal notices; Colorado Springs spends .004%; Jefferson ‘County spends .03%, and Boulder spends .009%.  Those totals reflect spending on all legal notices. Expense and salary reports make up just a part of that.

Nonetheless, it seems the majority of Colorado Senators support county governments saving, as in Colorado Springs, .004% of their budget, even if it’s at the cost of fiscal transparency and accountability to taxpayers.  However, there are some interesting facts involved in the creation and passage of the bill that, if nothing else, tell an interesting story.

Recently, the Colorado legislature passed legislation that paved the way for Colorado county commissioners to get a pay raise, ranging from 0% to 30%, depending upon their current salary at the time the raise was voted into law.  The purpose was to equal out elected official salaries from county to county, based upon a number of factors in the county’s composition. As a result, county commissioner wages range from $42,147 to $120,485 across the state.

There are only two counties in the state of Colorado where county governments are allowed to set their own salary. One of those counties is Weld, which also has a unique form of government.  In the 1970s, the Weld County Council was created and charged with responsibility for acting as a watchdog over the Board of Weld County Commissioners, including the setting of salaries.

However, after public outcry—the result of a series of highly critical articles in the Greeley Tribune—the council held a special meeting, reluctantly reconsidered their vote and ultimately decreased the raise to a 17% increase, which translated into a salary of $105,000 effective in 2017.

As reported in the Greeley Tribune, several members of the Weld County Council only agreed to lowering the salary increase after learning that 3 of the 5 current commissioners had each claimed $50,000 in “travel expenses” accrued “driving to and from work” over the previous 30 months. That reimbursement is allowed by Weld County Charter.

It doesn’t even take a calculator to do the math:  adding a $50,000 expense reimbursement for 30 months spent “traveling to and from work” into the compensation package brings the commissioners’ salaries back up to the original amount of $120,000 per year.

Fast forward to the 2018 legislative year.

It’s not clear who originally conceived of the plan to drastically reduce the publication of both expense and salary reports, but SB 156 was sponsored, and introduced into the Senate, by Senator John Cooke. Senator Cooke represents District 13 which contains most of Weld County, including Greeley.

The non-profit organization County Commissioners, Inc. (CCI) supported the proposed bill and paid for lobbyists to lobby Senators for its passage.  There were 7 lobbyists listed as supporting the bill; of those 7, 6 named Weld County as their address.  Of those 6 lobbyists, 3 had connections to the Weld County Council.

So, in summary:  CCI is funded—at least, in part—by membership dues paid by Boards of County Commissioners, meaning taxpayer dollars are used to pay those dues.  CCI, either directly or indirectly, then used taxpayer money to pay lobbyists to advocate for passage of a bill that limits—and, in some rural counties, greatly restricts—taxpayers’ access to information of great public interest. Some, if not all, of the lobbyists CCI hired are based in a county that, 3 years ago, tried to increase salaries of county commissioners, and other elected officials, to a level that would make them the highest paid county officials in the state but had efforts thwarted by coverage in a local newspaper.  The bill targets only two reports for removal from newspapers: expense reports and salary reports.  The savings to counties—listed as the prime motivation for the bill—is, across the board, significantly less than 1% of the counties’ operating budgets.

SB 156 also has negative consequences in another area.

Rural counties rely on local newspapers for coverage of local issues.  As anyone who lives outside of the Front Range knows well, mainstream media virtually ignores issues that are unique to the Eastern Plains, leaving it up to local newspapers to cover those issues to the best of their ability.  While the amount newspapers charge for legal notices—a rate set by the state—is relatively low, local newspapers rely on every revenue stream just to stay in business.  Reducing these reports to being printed once a year, followed by no longer printing them, at all, will hurt newspapers that are already struggling, and not just in revenue but in the readers who subscribe to newspapers for that very reason.  If county governments want to see thriving local economies, deliberately removing support of one of those businesses seems contradictory, at best.  (Again, in full disclosure, the Kiowa County Independent is the designated legal newspaper for Kiowa County.)

Nonetheless, there is nothing in this story that suggests illegal activity took place.  Absolutely not.  Weld County is one of two counties in the state that can legally set their own salaries, and, as the third largest county with the ninth largest population in the state, county officials face their own set of challenges.  Likewise, CCI, which is largely staffed by county officials, is an organization that works for the benefit of the state’s counties, part of which includes advocating for bills.  It’s understandable that fiduciary concerns rank among the highest priorities.  Yet, the underlying point stays the same:  is saving less than 1% of overall county expenditures more important than making certain the citizens who elect those officials are easily and openly informed about the financial decisions those officials make, including how much they are compensated for holding office?

There is one final, extremely pertinent point to be mentioned, and it speaks well of both the state senator and county officials serving Kiowa County.

When the legislature passed the law designed to standardize salaries for county elected officials, Kiowa County Commissioners petitioned the state to be exempt from salary reclassification, stating that a raise for commissioners would put a strain on the local budget.  They were granted an exemption, and, as a result, will only receive a standard 3% cost of living increase. 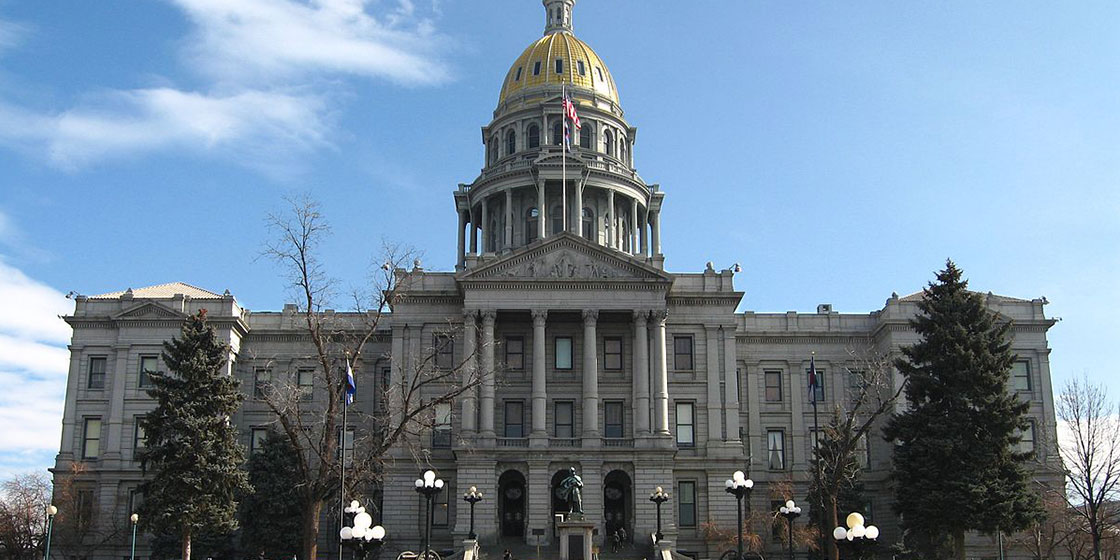 Also, of the 35 state senators who voted SB 156, 11 voted against its passage.  There were only 3 Republicans who voted against it.  Despite what he describes as “hard lobbying pressure”, Senator Crowder—who represents Kiowa County—was one of those Republican who said “Nay”.  Also, one of Kiowa County Commissioners personally contacted Senator Crowder and voiced opposition to the bill.

When considering the entire picture, it’s very encouraging to know that elected officials—at the county and state senate level—have not forgotten that they serve the people over and above any personal or political agenda.