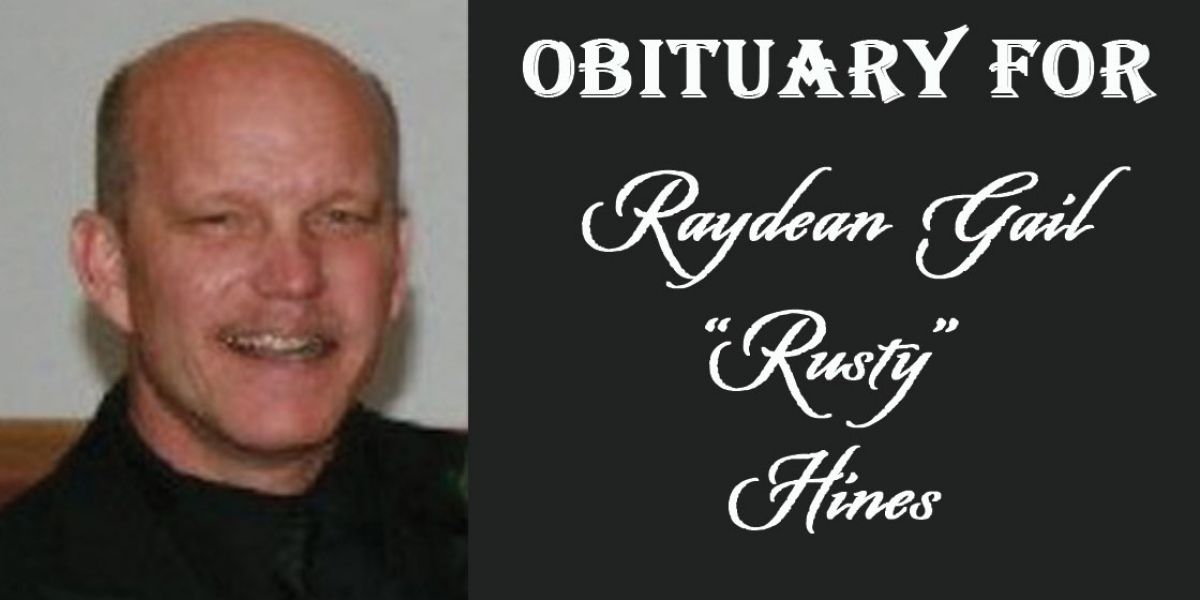 Raydean Gail “Rusty” Hines was born on September 29, 1965 at the Weisbrod Hospital in Eads, CO to Vernon Gail “Corky” and Roberta “Birdie” Mays Hines.  Rusty attended school in Ulysses, KS graduating high school in 1984.  As a child, Rusty loved sports.  He was crazy about football and baseball in particular, but enjoyed them all, and played many of them.  Rusty attended college in Ft. Lewis and Durango, then completed his AS degree at Seward County Community College.  While in Durango, Rusty met Laurie M. Dolan and they were married in 1989.  While in Durango, their oldest child, Ashley was born on Christmas day in 1989.

In 1990 Rusty and Laurie moved to Ulysses, Kansas where they lived for 23 years.  While living in Ulysses, Rusty worked for the Co-op and their second child, Robbie was born on October 4, 1992.  Rusty was passionate about his family and followed his kids to all their sporting events.  He was very active in the wrestling program, even as a coach.  Rusty volunteered many hours to the athletic programs that his kids were involved in.

Rusty was a “die hard” Denver Broncos fan.  He liked to cook and was very good at it.  In 2013, Rusty and Laurie moved to Midland, TX where Rusty began a career in the oil field industry.  Rusty was loyal to his family and loved them deeply.  Rusty passed away in Midland, Texas at the age of 52.

Rusty is survived by his wife of 29 years, Laurie, his children:  Ashley (Brody) Webb and Robbie Hines.  He is also survived by his parents Corky and Birdie Hines, by his sister Tanya (Artie) Lane, his two nieces Kailey (Weston) Meardon and Kailyn Lane (Jimmie Darnell) and by one great niece Breckyn Meardon.  Rusty was preceded in death by his brother Brandon Hines and by his grandparents:  C.L. & Bertha Hines and Pete & Margaret Mays.

Services celebrating the life of Rusty Hines were held on Sunday, July 1, 2018 at the Praise Community Church in Eads, CO.  Committal services followed at the Eads Cemetery.  Rusty was a fantastic person with a huge heart and loved to pay all veterans his respect for their service.  To help honor his memory, the family is asking that contributions be sent to http:/www.honorflight.org/donate-now/.  Friends and family can register online condolences and sign the guestbook at www.brownfuneraldirectors.com.  Funeral services were entrusted to the care of the Brown Funeral Home in Eads – “Families you know and families you can trust – serving families like yours”.