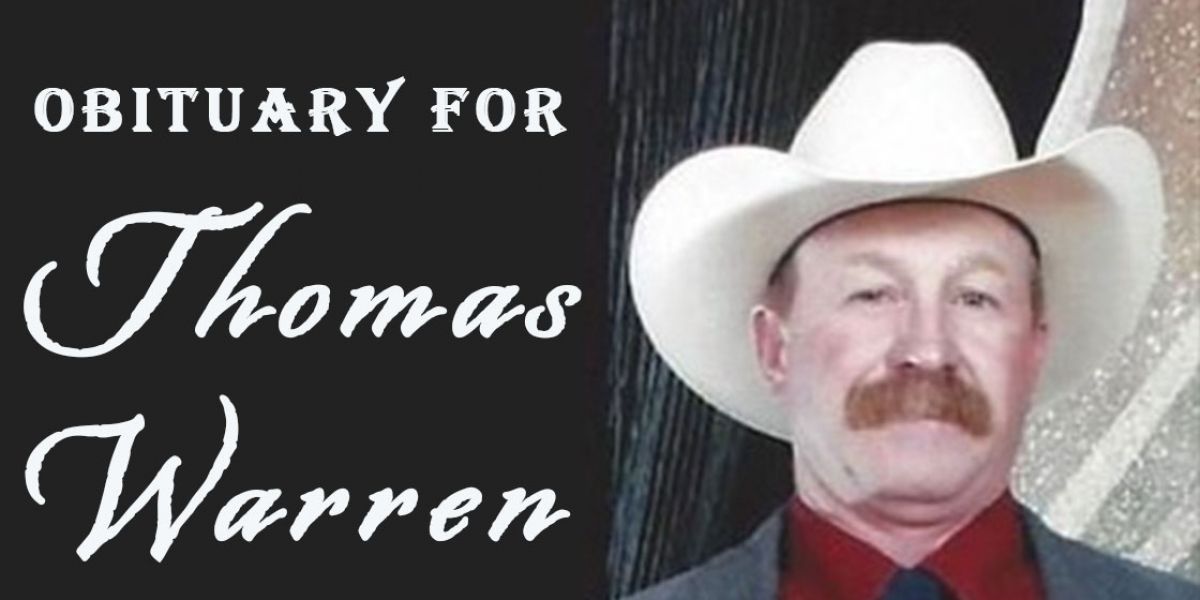 Thomas Vernon Warren was born on September 18, 1962 in Reseda, CA to William and Betty Watkins Warren. In 1970, the Warren’s moved to Las Animas, CO where Tom was raised and graduated from Las Animas High School. Beginning at a very early age, Tom had a love of hunting and fishing, probably instilled into him by his dad. Hunting and fishing would be a lifelong passion for Tom. 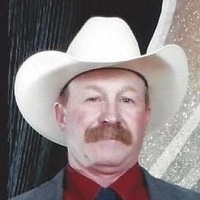 In the fall of 1983, while Tom was riding bulls at the Kiowa County Fairgrounds in Eads, a particular young lady, Patti Frazee caught his eye. Tom and Patti were married on July 5, 1985, and now Tom had another family. He had married a Frazee and with Patti came a devoted, loyal and loving extended family. Tom always said that Patti was the best thing that ever happened to him. Tom quickly became the uncle that everyone wanted to hunt and fish with because he was good at it and a lot of fun to be around.

Tom and Patti made their home in Rolla, KS where Tom quickly acquired the reputation of a hard working, loyal hand. He could do anything from working cattle, mechanicing, welding, wiring, operating machinery, feeding cattle, literally everything. Tom helped many, many friends and farmers, but loved none of them more than Keith Jarvis. Every fall, Tom looked forward to his hunting deer, antelope, pheasants, coyotes, and anything that had a season for it. He loved his Elk hunting trips to Colorado, planned properly for them, and was generally successful. Tom hunted hard. In the summertime, Tom loved to fish. He and Patti would spend weekends at different lakes and reservoirs camping and fishing. Tom caught a lot of fish! He loved the outdoors, loved the camping, loved the outdoor cooking, loved the boating, he loved everything about it. But mostly he loved being with his Patti. He always made it fun. Tom was the first one on the lake, always! While others were thinking about catching fish, Tom was reeling them in. Tom’s enthusiasm for life earned him the nickname of “Tornado Tom”

Tom loved to cowboy. He tended to his livestock, and always saw to it that they were well taken care of. The sport of Rodeo was in his blood. Tom was still riding bulls into his 40’s. It has been said that to have a friend, you have to be a friend, and it could be said that you couldn’t have a better friend than Tom Warren. Tom would help anyone with anything, and sometimes his unconditional friendship even got him into trouble. If you had Tom Warren for a friend, you had no worries and need not ever question his loyalty.

Tom had many loves and many passions, but his one true love and passion was his Patti. Tom was her protector, her provider, her partner and her best friend. No matter how tough it got, Tom was always there to provide everything she and their family needed and wanted. Tom always loved his family, and when Colton was born, both Tom and Patti knew that their lives would never be the same. When Tom was told that Colton might never walk, Tom took the task of building little parallel bars and teaching little “Buckwheat” to walk. To this day, Colton wants to be just like his dad. No matter the circumstances, Tom was always a husband to Patti, a father to Justin, Chelsea and Colton, a grandfather to Mia and Aiden, a brother to Kris, a son to Bill and Betty, a son-in-law to Merle, a brother-in-law to many, and an uncle to even more FIRST. Everyone knew that if you messed with his Patti or his family and friends, you were going to have to deal with him.

Tom Warren was a man in every sense of the word. His death has shocked and broken the hearts of everyone that loved and knew him. He lived his life at full speed but watching him love and adore his grandchildren was perhaps the most heartwarming experience anyone who knew him could have had. With his grandson Aiden, Tom had found a new hunting partner and fishing buddy.

Just as most of Tom’s life was unexpected, so too was his death. Thomas Vernon Warren passed from this life on Sunday morning, December 9, 2018. To his family and friends, this may never seem real - until Tom is no longer with us to have fish fries, outdoor cookouts, birthday parties, hunting trips, telling his wild stories of his adventures, showing off his “cute little wiggle” or simply coming home to tell his Patti, “I Love You”.

Tom was preceded in death by his parents Bill and Betty Warren. He is survived by his wife of 33 years, Patti, his children Justin, Chelsea and Colton, his grandchildren Mia and Aiden and his sister Kris (Steven) Wilson. Tom is also survived by numerous nieces, nephews, cousins, and in-laws.