Written by Kayla Murdock on 21 August 2019. Posted in Obituaries 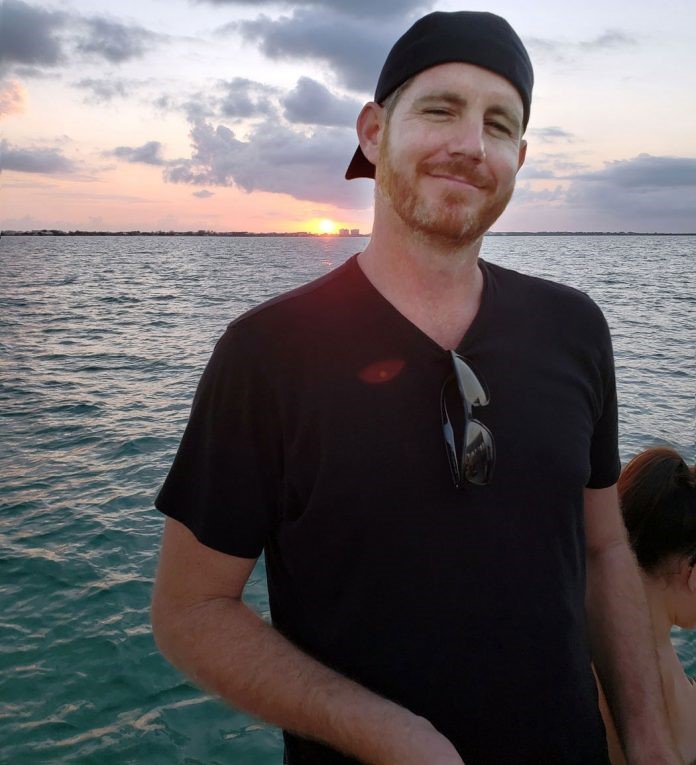 Randy and Fran Larrew were blessed with their fourth child, Monty Lee Larrew on December 22, 1978 in Eads, Colorado. Monty graduated from Otero Junior College in 2000 were he played basketball. He then received his Specialist in Education degree from Greeley, Colorado with a major in school psychology with many achievement awards in 2007.

He practiced his passion of helping challenged children in Arizona and Cayman Islands where he would design programs for the teachers that would best reach children with various specialty needs. He truly wanted to improve life for the children on the Cayman island, and he was proud of his profession. He just had zero tolerance for anyone who was not doing their job to make life better for these kids. He was a true professional, a kind, compassionate man who always had the best interest of the students at heart.

In his leisure time, Monty loved to be with his friends and travel the world. He traveled from Africa to backpacking across Europe making multiple friends wherever he went.

He was known for his infectious smile, cleaver wit and kind and compassionate spirit.

Monty was preceded in death by his grandparents, Leander and Maxine Weber and Roy and Ruth Larrew. He is survived by his parents, Randy and Fran Larrew, his brother, Lance Larrew (wife Holli and kids, Sydney and Cort), his sister, Kristi Maltbia (husband-Martin, son Keyshawn), brother, Brad Larrew (wife-Meadow, kids, Jade and Keaton), sister, Ginger McPherson (husband-Dony and kids, Layla and Carmen) and several aunts, uncles and cousins.

A service celebrating Monty’s life was held on Friday August 16, 2019 at the Kiowa County Community Building in Eads. Pastors Lane & Debbie Gooden officiated. Following this wonderful time of remembrance and sharing, the community joined the Larrew family in a meal and time of sharing stories and memories. Condolences or flowers may be sent to Randy and Fran Larrew at 14440 CR 38, Eads, CO 81036. Memorial contributions should be sent to the Monty Larrew Memorial Fund; c/o GN National Bank; Box 847; Eads, CO 81036. Friends and family can register online condolences and sign the guestbook at www.brownfuneraldirectors.com. Brown Funeral Home was entrusted with final arrangements.

At the Monty Larrew funeral service held in Eads on Friday, August 16, 2019 the following article published in the Cayman Compass newspaper on August 13 and written by Mark Muckenfuss was read aloud to the large crowd of people who came from all over to remember a beautiful life fully lived.

According to friends, Larrew recently underwent an appendectomy while in Colorado. He fell ill after returning to Cayman and died while plans were under way to airlift him to Florida for treatment.

Matt Sloane, who was Larrew’s roommate for four years, said the death has been a shock.

“I’m trying to be positive about it, because that was him,” said Sloane, a former radio presenter on Bob FM.

He said Larrew loved to travel, was an avid Denver Nuggets fan and a good cook. His specialty was gumbo. Both Sloane and another friend, Stacey Weber, said he had a remarkable way of connecting with people.

“You quickly felt you were one of his tightest friends,” said Weber, a sales representative for Compass Media.

Monty Larrew, an education psychologist, is being remembered for his kindness and dedication to Cayman students. He died suddenly on Saturday.

His colleagues said that openness made him effective in the work he did.

He was initially posted in Cayman Brac in 2010 as part of specialist support team for the schools there. He spent four years on the Brac, introducing an early-intervention literacy programme that was eventually adopted in all Cayman primary schools. He continued to work in a similar capacity when he came to Grand Cayman and gained the respect of co-workers.

“Monty was one of the hardest working people I know,” Kirstie Lindsay, a speech-language pathologist who worked with him daily, said in an email. “He truly wanted to improve life for the children on this island, and he was proud of his profession.

“Monty advocated hard for the children and sometimes that got him into a bit of trouble in meetings,” she added. “He just had zero tolerance for anyone who was not doing their job to make life better for these kids.”

Weber said he saw that too. While Larrew did not often speak about his job outside of work, Weber said, in June, just two weeks before school was out, Larrew was frustrated.

“He was quite upset because he’d determined that a child needed a certain type of service and an administrator said, ‘Well, it’s the end of the year.’ And he said, ‘This child’s not going to be shortchanged just because you’re getting ready for summer vacation.’ He wasn’t having it.”

In a statement, Tammy Hopkins, acting director of the Department of Education Services, said Larrew’s dedication to students was always evident.

“After moving to Grand Cayman in 2014, he maintained links with the Brac community and always queried how his former students were doing,” Hopkins said. “His same genuine work ethic continued and helping our students was always his number one priority, no matter which school he was assigned.”

His death has shaken the department, she said.

“Our loss is immeasurable,” she said, “only equal to the happiness we had when he was in our lives. He was our colleague and friend. On behalf of the Department of Education Services and the Ministry of Education, I extend prayers of comfort for his colleagues on the education psychologist team and all those who worked with Monty, as well as to his dear family and friends.”

Sloane said he will remember his friend’s smile and positive way of dealing with things. When Sloane had to leave Cayman in May because of the rollover, he had a hard time getting motivated to go home to Liverpool, England.

“I left everything to the last minute,” Sloane said, “including picking up my new passport. [Larrew] said, ‘What time’s your flight?’”

Despite being only three hours from scheduled takeoff, Sloane said, he was not ready. Larrew got him moving.

“He said, ‘You kind of need to pack up.’ He could have gotten on my case. He could have made me feel bad. But he just helped me get all my stuff done and kept telling me how much fun I was going to have back home. He did all of that without making me feel judged. He took me to the airport and gave me a big hug. He said, ‘I love you. It’s all going to work out. Now get on the friggin’ plane.’

“That will be the way I remember him whenever I think of him,” he added. “I just see that big smile.”

Services for Larrew are planned for 16 Aug. in his hometown of Eads, Colorado. Larrew is survived by his parents, Randy and Fran Larrew of Eads.