Written by Kayla Murdock on 24 March 2020. Posted in Obituaries 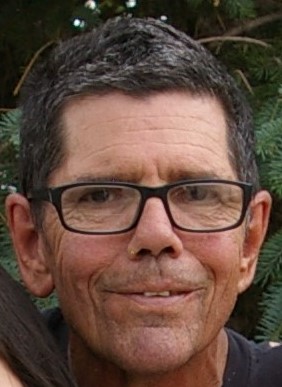 Out of the family home at the age of 15, Jeff worked nights at Jack in the Box and attended high school during the day. He enlisted in the US Army on July 29th, 1974 at the age of 17. He went to basic training at Fort Polk Louisiana, and was stationed at Fort Luis, Washington. As a red-eye gunner, he spent some time in Alaska (hinge knee?) doing field training. He was honorably discharged July 28th, 1978.

After the Army, Jeff worked at McDonnell Douglas Aircraft, building DC 10s. While working here, a random encounter with a coworker led to Jeff accepting Christ into his life. When he realized that God was real, he realized he had a big problem. He repented and put his faith in Jesus. Later, he was invited to Oklahoma by his Aunt Ruth Winlock whose husband, Earl, worked in the oil field. In Oklahoma, he started out working derricks and ended up as a driller for Parker Drilling. This is where the story gets really good.

Working in Chickasha, Jeff met the love of his life. Sherry was working on the rig as a mudlogger, and one day her car wouldn’t start. The other rough necks told her to “ask the evening tower driller, because he’s really good with cars!” After his shift, Jeff got her car going by arcing the starter with a screwdriver – and those weren’t the only sparks flying! The next day, Jeff helped Sherry get her car to the repair shop. Before long, they were hitched and embarked on married life together.

As the oilfield slowed, the new couple decided to move the Sherry’s hometown of Cheyenne Wells and work in the oilfield there. In Cheyenne Wells, Camillia (Millie) and Cherokee arrived to grow their family. They moved to Fowler while Jeff attended school in Pueblo to become a machinist. Rachel was born during this time. Eventually the family moved to Pueblo, where Jeff worked as a machinist and Moriah joined the ranks of sisters. The Storm family entered their lives, and have been close friends ever since.

The family moved back to Cheyenne Wells in 1991. Here they loved being close to family and friends, as well as the small town life. Marissa and Sullivan rounded out the siblings through adoption. Jeff worked for the County as the Weed Control Supervisor for 20 years. For several years he also worked as a Sherriff’s Deputy, reaching out to the community to protect and serve. His heart was especially moved to work with people facing addiction, doing all he could to help them get free. Reading the Bible and digging into meanings behind Hebrew and Greek words really fed Jeff’s curiosity. He loved fishing with his kids, hunting elk (or simply tromping through the woods!), working on home projects and reading – especially about World War Two.

Jeff retired at age 60 for medical reasons, and enjoyed extra time at home with his family. Jeff was diagnosed with Small Cell Lung Cancer in May of 2019. He fought as hard as he could and went home to be with Jesus on March 19th, 2020. He leaves behind his beloved wife Sherry and his six children Millie (Sam) Zoorob, Cherokee (Danny) Hope, Rachel, Moriah, Marissa and Sullivan. He also will be deeply missed by his three grandchildren, Colin and Alice Zoorob and Oliver Hope.

Out of an abundance of caution and concern for the health and well being of our community due to the covid 19 virus, the LeFlore family has laid Jeff’s body to rest in the Fairview Cemetery in Cheyenne Wells in a private family only committal service. The honor guard of the William Kimmell VFW Post #9700 provided full military honors for Jeff and his family. A public memorial service will be held at a future date once it has been determined that it is safe for our community to come together in one place at one time.

Friends and family can register online condolences at www.brownfuneraldirectors.com. Memorial contributions should be made to the Frontier School Of The Bible; Box 217; LeGrange, WY 82221. Cards of condolence can reach Sherry at Box 534; Cheyenne Wells, CO 80810. Brown Funeral Home has been entrusted with final arrangements.