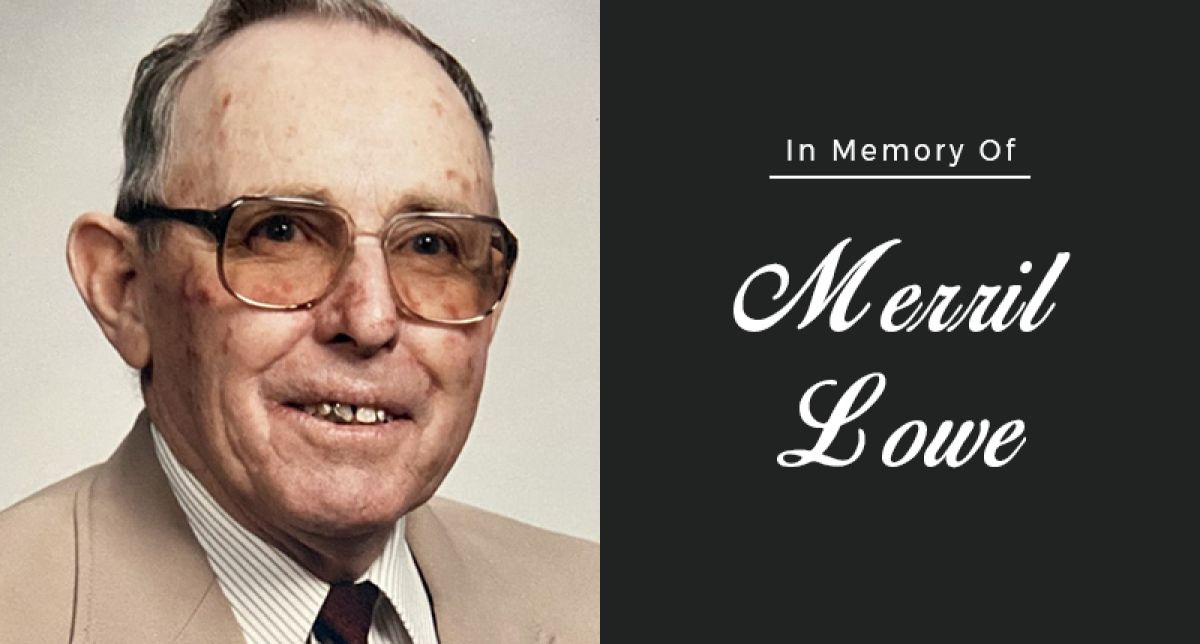 Merril Archie 'Bud' Lowe, age 96, passed away peacefully on February 6, 2021 in Eads, CO surrounded by his loving family. He lived a long, rewarding & honorable life that will surely leave a lasting impact for generations to come. His legacy will never be forgotten.

Bud, the 2nd of 3 children born to Archie M. and Laura E. (Greenwood) Lowe, was born June 17, 1924, south of Firstview, CO. He attended grade school at Lakeside and Ardrey schools & graduated from Cheyenne Wells High School in 1942. In February of 1944, shortly after graduating, he married Wilma M. Snyder of Arapahoe, CO. They then made their home southwest of Cheyenne Wells. To this union, 3 children were born: Archie Harve Lowe, born July 14, 1945; Billy Ray Lowe, born May 4, 1947; and, Carol Anne (Lowe) Armfield, born December 20, 1952. Bud and Wilma divorced in April of 1968, and then on July 19, 1971 he married his lifelong love, Irene (Breitkreutz) Johnson. Bud, Irene, her 2 daughters (Jennifer (Johnson) Crowell & Suzanne (Johnson) Bogenhagen), & Bud's son, Billy Ray Lowe, became a family & made their home southwest of Firstview.

Bud has been a farmer since the day he was born. As a child he supported his parents with the daily tasks associated with farming and ranching, and has always been an integral part of both his family's and his own farming operations. He carried on his father’s legacy, and went on to build a successful farming operation right here in Cheyenne County, where he has resided his entire life. He has also expanded his farming business into Nebraska, Kansas, Oklahoma, Nevada and south of Holly, CO. Despite the obvious hardships and disappointments that accompany a lifetime of farming, he believed farming to be the most honest and honorable way a man could spend his days on earth. He was also of the opinion that a man's greatest possession was his dignity, and the values he could bestow upon his children and grandchildren, which are the building blocks of a person's character. To Bud, there was nothing more beautiful and satisfying than watching his crops grow, ripen, and flourish.

Bud's favorite pastimes were a good game of Pitch, coin and rare car collecting, as well as his annual travels to Las Vegas and Arizona with Irene. He could talk for hours about his coins and car collections, and loved the look on his grandchildren's faces when instilling in them a shared love for his treasured collections. Bud's proudest achievement, aside from his children, grandchildren & farming legacy, was his status within the Fraternal Order of the Masonic Lodge, the oldest Fraternal Institution in the world, begun during the Middle Ages in Europe as a guild of skilled builders. His diligence and unwavering devotion led him to achieve the highest degree possible within the Burlington/Cheyenne Wells Lodge #77. He left this life as Master Mason of 69 years.