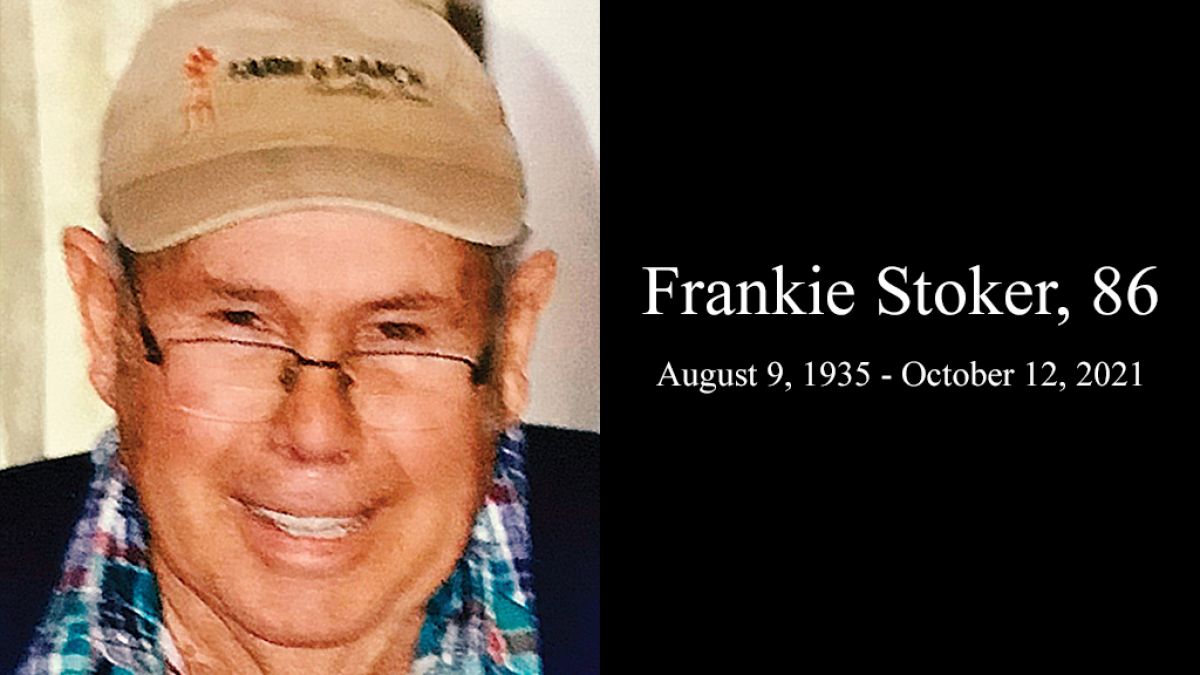 Frankie Elvin Stoker was born on August 9, 1935 in Las Animas, Colorado to Frank and Edna Stoker. Frankie grew up in and around Haswell, Colorado with his sisters Muriel and Shirley and numerous cousins. He enjoyed riding horses and playing ball with his cousins. He attended school in Haswell and graduated in 1953. After high school he worked for farmers in the area for a few years.

He married the love of his life Rosemary Schmitt on December 10, 1955 in Limon, Colorado, where she lived and worked. They made their home in Haswell and their son Gary was born and then in early 1957 Frankie took a job with a survey crew. This meant traveling to different states and living in a camper trailer. Twins Kent and Brent were born in Utah in 1958 and Paul in Montrose, Colorado in 1961. In 1962 Frankie and Rosemary moved their family back to Haswell and bought the propane business from Frankie’s sister Muriel. Along with running Haswell Propane, Frankie worked for Bill Marx at the Haswell Garage. The boys remember weekend trips to the mountains to go fishing and taking the Mustang out coyote hunting. Frankie worked hard but he always found time to have fun with his family! In 1985 they purchased the Haswell Garage from the Marx family. They enjoyed having their grandsons come visit over the summer and spending time with them.

In 1998, they sold the business to son Paul and wife Glenda and retired. After retirement they had more time to travel and went on several bus trips with friends and family. Frankie kept busy restoring 2 old cars the 1953 Plymouth and a 1966 Tempest, and he loved helping Rosemary make homemade ice cream but he loved eating it more. Having grandkids, Blake and Colby nearby was a joy for him, he loved spending time with them and as they got older he didn’t miss any activity or sport they were involved in. He and Rosemary loved attending sports any sport but especially basketball, when their own kids were playing and then later grandkids and all of the Eads athletes. You could always count on seeing them in their seats on the top row in the gym.

When Rosemary had to move into the Nursing Home in November of 2018 Frankie was lost without her, he traveled to Eads nearly every day to visit and in June of 2019 with some health issues of his own he decided to move there also. They didn’t want to be in the Nursing Home of course but they were happy to be together again! When his beloved wife Rosemary passed away in January 2020 Frankie moved to the Prairie Pines Assisted Living in Eads and lived there until his health declined and he had to move back to the Nursing Home in July 2021. Frankie joined his wife in heaven on October 12, 2021.

Funeral services were held on Tuesday, October 19, 2021 at the Haswell Community Building in Haswell with Pastors Lane & Deborah Gooden officiating. Burial followed in the Haswell Cemetery. Friends and family can register online condolences and sign the guestbook at www.brownfuneraldirectors.com. Visitation and funeral services were entrusted to the care of the Brown Funeral Home in Eads.