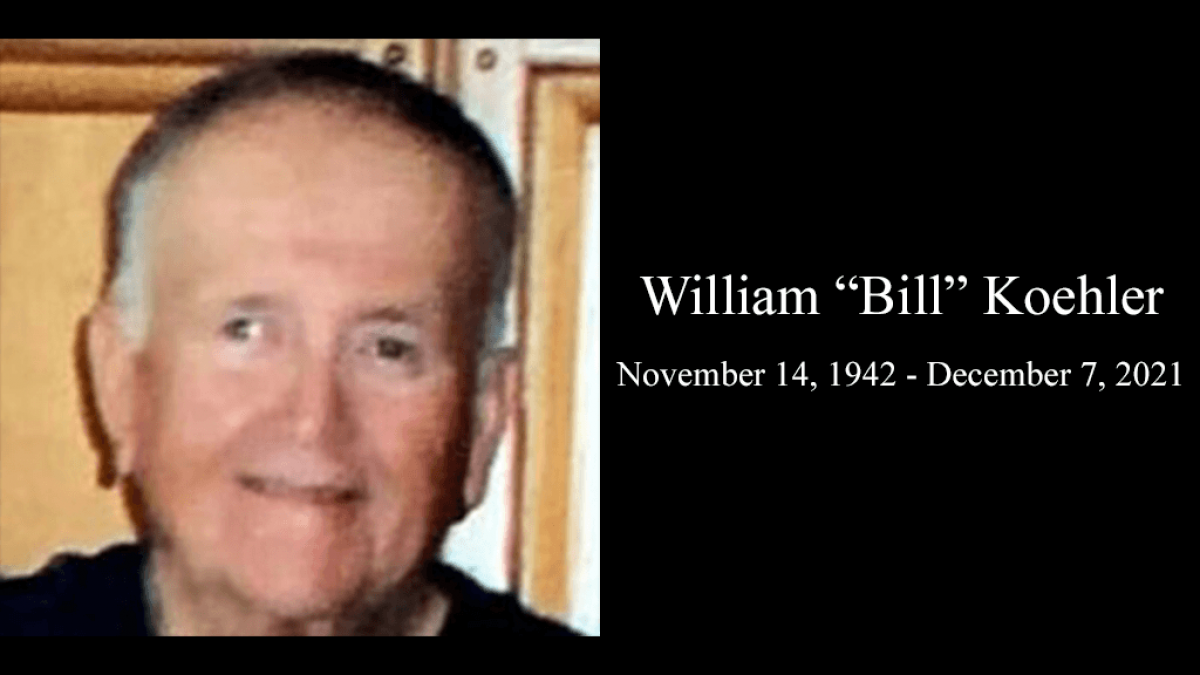 William (Bill) Koehler was born on November 14, 1942 in Brush, CO. His parents were William and Leah Koehler. He had one sister Shirley Bergen.

Bill started 1st grade at the age of four and graduated with the class of 1960.

After graduation he went to work for Delong Construction Company doing roust about services in the oil fields. They came to Eads in 1965 to work at the Brandon fields.

Bill was united in marriage on December 14, 1968 to Jacklyn Helen Watts of Eads.

While the children were growing up, Bill was President of the Eads Sumer Baseball Association for 10 years both boys’ baseball and girls’ softball. He also coached All-Star baseball teams and really enjoyed those years.

As a young boy, Bill enjoyed fishing and hunting. Bill continued to share that enjoyment with his wife and children as they spent many summers fishing and goose hunting in the winter as a family. Over the years many stories were shared with friends from all their experiences.

Bill went to work for Inexco Oil Company during that time he became superintendent and continued to work for the company for 21 years until it was sold.

During the 1980s, Bill was a trustee and later the mayor for the town of Eads.

In 1990, he started his own business, Koehler Oil Field Service. His own son, Billy, worked for him summers during his college and after college work with his dad full time. Tiffany, his daughter, helped out in the office during her high school years.

Bill enjoyed spending time with his family. His grandchildren, Tyler Wade Rouse and Brenna Paige Rouse, were a great joy to him. On June 11, 2021, Bill and Jackie’s joy grew even greater as Kolt James Rouse was born giving them their first great grandchild.

His Hobbies were fishing, hunting and woodworking when he had time. Bill had always wanted to hunt geese in Canada. In September of 2007, he along with Billy, Chad and Eddie had a wonderful hunting trip creating many memories along the way.

William Edward Koehler passed away at his home in Eads on December 7, 2021. Surviving Bill is his loving wife of 53 years, Jacklyn, his two children, grandchildren, great grandchild and many nieces and nephews.

Graveside funeral services will be held on Friday, December 17, 2021 at 1:00 p.m. at the Eads Cemetery. Memorial contributions should be made to the Eads Summer Baseball or Lamar Area Hospice. Friends and family can register online condolences and sign the guestbook at www.brownfuneraldirectors.com. Brown Funeral Home was entrusted with funeral arrangements.