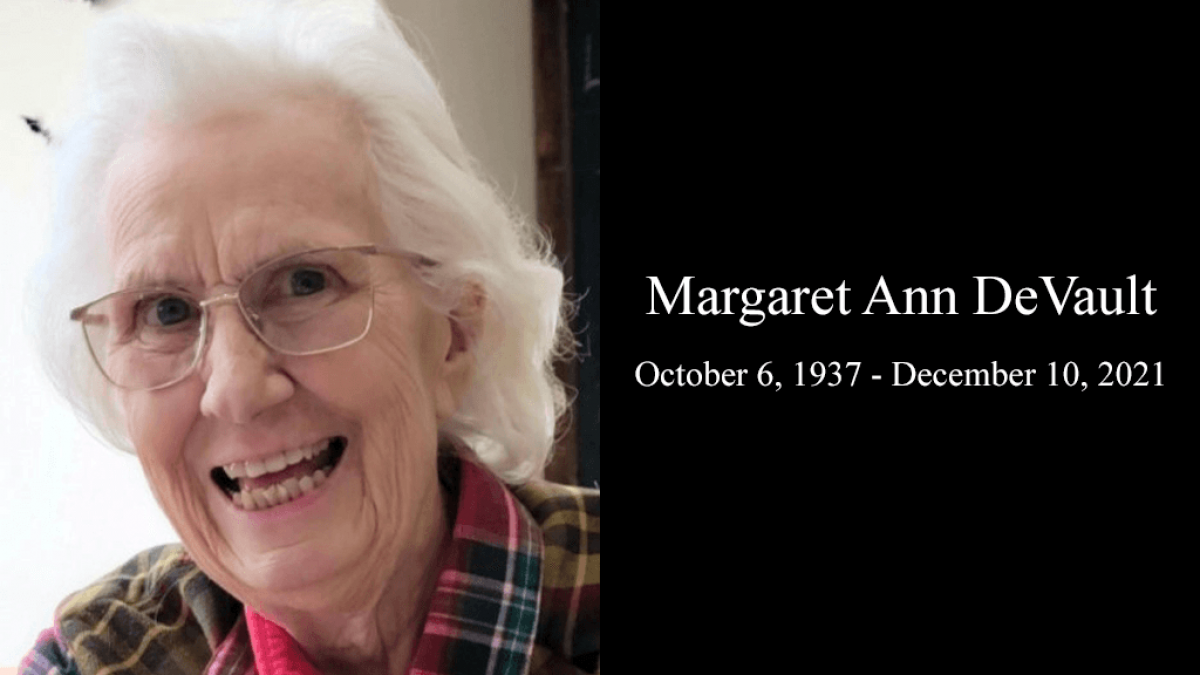 It is with great sorrow that we announce the passing of Margaret Ann DeVault who slipped away from us on December 10, 2021 at Weisbrod Memorial County Hospital in Eads, Colorado. She was 84 years old. She is preceded in death by her husband, Stewart DeVault.

Margaret was born on Oct 6, 1937 near Warner, Oklahoma to George and Fay Sheppard and had one sister. She attended Bethany University in Santa Cruz, California where she met the love of her life, Stewart DeVault, and they married in Santa Clara, California on January 1, 1961. They later welcomed their son, Stanley.

Margaret bought a restaurant in Crescent City, CA in 1973 and renamed it “Granny’s Kitchen”. She owned and operated it, with the help of her husband, until 1983 at which point she decided to pursue a teaching career.

She graduated from California State University, San Bernardino and started teaching in Brawley, California and got her certification in Special Education. She later moved to Modesto, CA and obtained a Master’s degree in Special Education. After several years of educating students with special needs in California she decided to move to Kit Carson, Colorado to assist her mother with her restaurant business. Margaret expanded her mother’s business by adding a hotel and adding on to the restaurant. She was always a hard worker and known to be someone who would get things done. Margaret also greatly enjoyed fellowshipping with her church family, playing the piano and singing religious hymns, and occasionally teaching Sunday school.

Margaret leaves behind her son Stanley and her sister Virginia.

Funeral services for Margaret DeVault were held on Tuesday, December 14, 2021 at 6:00 p.m. at the Praise Community Church in Eads. Burial followed on Wednesday, December 15, 2021 at the Kit Carson Cemetery. Memorial contributions should be made to the Praise Community Church; Box 391; Eads, CO 81036. Friends and family can register online condolences and sign the guestbook at www.brownfuneraldirectors.com. Brown Funeral Home was entrusted with funeral arrangements.