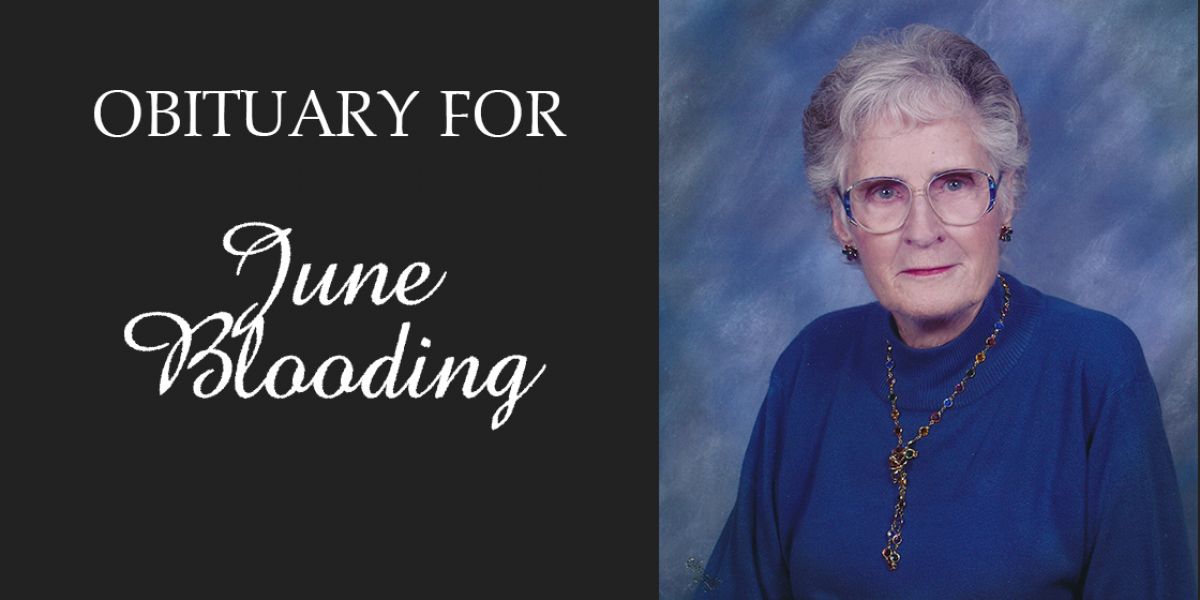 OBITUARY FOR JUNE BLOODING, 91
Gloria June (June) Barnes was born on March 26, 1926, in Wanette, OK to Dulcie D. and Ralph A. Barnes. She was of Pottawatomie Indian heritage and her paternal grandmother was instrumental in registering family descendants with the Federal Indian Agency. June’s Indian name was Ogemakwe which translates to Wise One. She was the oldest of three children.
She grew up in Asher, OK and graduated from Shawnee High School in 1944. She married Arthur Blooding in Dodge City, KS on March 5, 1945. They moved to Eads in the spring of 1946.
To that union were born Micki June, twins, Areta Arlene and Shaleta Charlene, Mary Irene and Sylvia LaVonne.

She was baptized in a Baptist church and became a member of the United Methodist Church of Eads shortly after she moved here.
She loved to sing and had a beautiful alto voice. She dearly loved music and had much respect and love for the many talented musicians in her life. As an older adult she wanted to learn to play the piano but her arthritic hands would not allow her to do so. She was a talented cook and homemaker and she helped Arthur on the farm for many years, however she never learned to milk a cow-much to Art’s disappointment. She imparted much wisdom to her family, even to the ones who wouldn’t listen and had to learn everything on their own. She enjoyed many hours of playing cards with friends, she was active in Eastern Star and Rainbow Girls and she taught many young ones how to sew in 4-H. She pushed her girls to make sure 4-H projects were finished every year. June and the girls sewed new Easter outfits for many years.
According to Trix Miller she always made sure her girls had clean white socks and polished shoes.
She is preceded in death by her husband Arthur Blooding, her father Ralph Barnes, her mother Dulcie Creasser, her step father Wright Creasser, her sister Rosalee Rushing, and is survived by her brother Dallas W. Barnes and his wife Celeste, brother-in-law Lee Blooding and his wife Maxine, and her five daughters Micki (Leslie) Faulkin of Davis, CA; Areta (Terry) Laird of Eads, CO; Shaleta (Jerry) Voss of Pleasanton, CA; Mary (Whit) Eikner of Eads, CO; and Sylvia (Tim) Weeks of Eads, CO; eleven grandchildren, sixteen great grandchildren, many nieces and nephews, other extended family, and many, many friends.
June passed away peacefully surrounded by her daughters on January 2, 2018 at the Prairie Pines Assisted Living Community in Eads. A service celebrating her life was held on Sunday, January 7, 2018 at the Eads United Methodist Church with Rev. Spencer Black and Pastor Paul Floyd officiating. The musical selections for June’s celebration of life were: “He Was There All The Time”, “If I Have Wounded Any Soul Today”, “God Be With You Till We Meet Again”, “Hymn Of Promise” and “Knowing What I Know About Heaven” sung by Shelby Weeks Bennett. A private family inurnment was held at the Eads Cemetery. Memorial Contributions can be made to the United Methodist Church – Box 235; Eads, CO 81036 or the Lamar Area Hospice – Box 843; Eads, CO 81052. Friends and family can sign the guestbook or register online condolences at www.brownfuneraldirectors.com. Arrangements were entrusted to the care of the Brown Funeral Home in Eads. 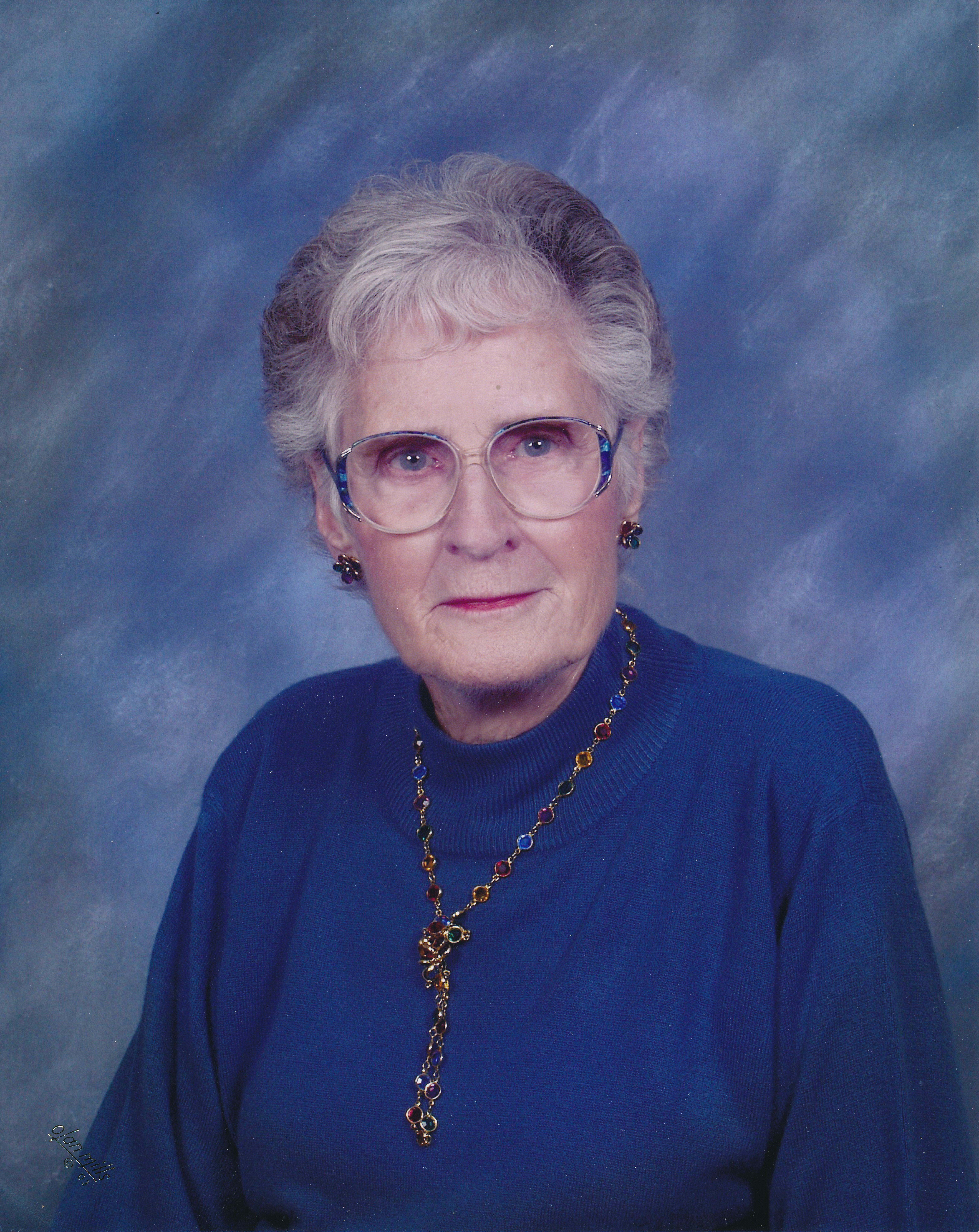