Written by Betsy Barnett on 24 April 2019. Posted in Sports

The Eads Boys’ and Girls’ track teams faced off against some particularly competitive athletes over the weekend as they were in the La Junta Tiger Relays on Friday and then faced off with a number of good tracksters in the Holly Track Meet on Saturday. 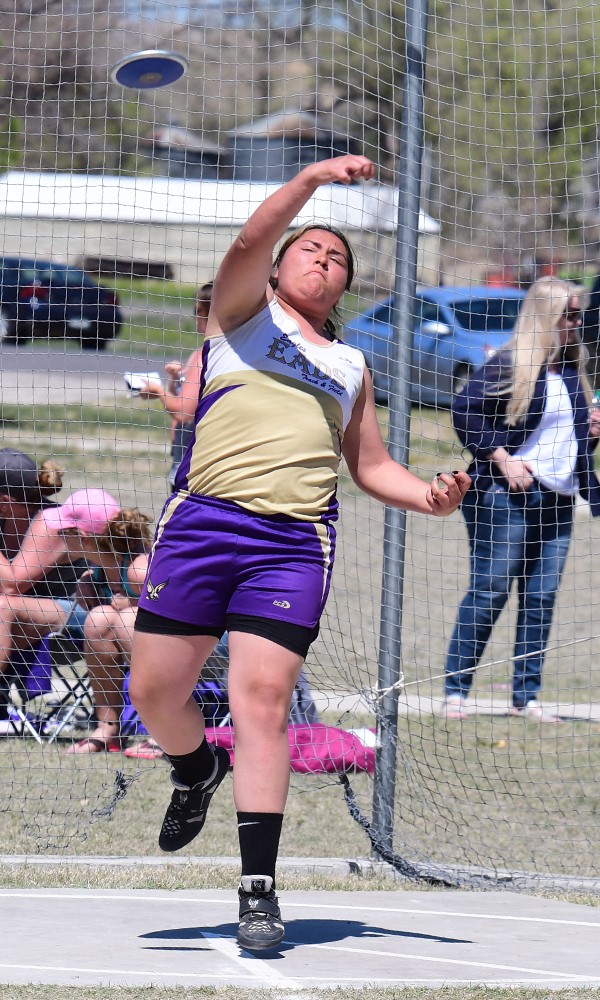 Despite it being Prom weekend for Eads, the girls, in particular, gave a strong performance with a second-place finish in Holly. Springfield would wrap up the title.

On Friday, the Eads tracksters came up against big school competition when even some 5A schools were present at the meet enjoying the topnotch facility in La Junta. Eads competed well among the mix. Coach Stephanie Bohlander was particularly proud of her group, “There were big schools there on Friday at the Tiger Relays and super athletes so for us to compete well, I was so proud of our kids. We were right there in everything we did.”

In La Junta, senior Blake Stoker had a tremendous run in the 1600M, a race that is not his norm. He would place in second with a blistering 5:00.68. 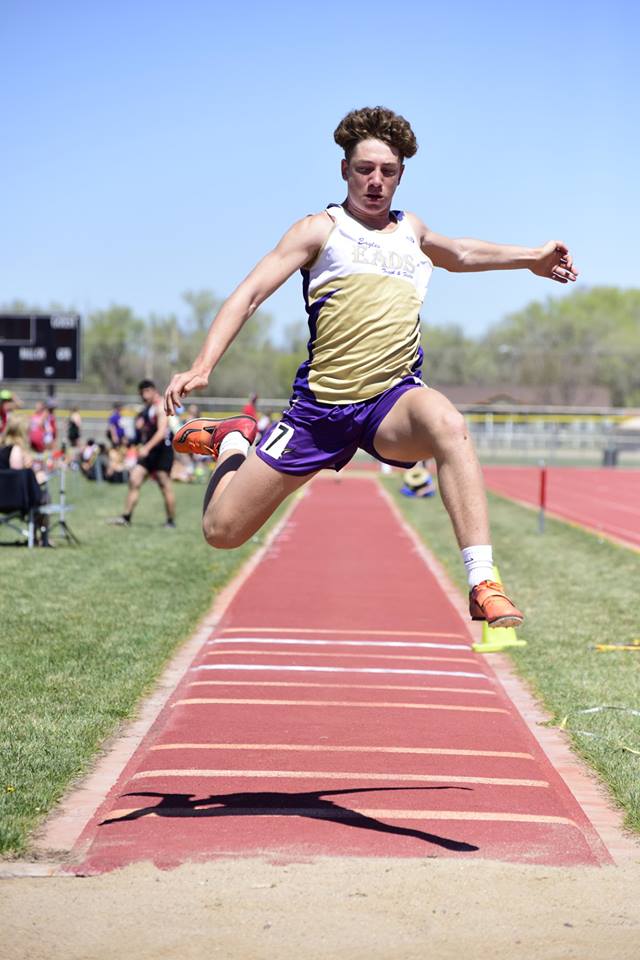 Going into Holly, the Eads boys had more athletes present than in La Junta. Damien Barnes had an excellent day in the jumping pits placing second in both the Long Jump and the Triple Jump. His best performance was a 20’ 2.5” in the Long Jump and a 40’ 10.25” in the Triple. The sophomore also tore up the track with a 5th place finish in the 200M (25.07) and 6th place final in the 100M (12.07). Stoker was the only other boy who placed in any individual events crossing the line in 8th in the 800M.

The boys’ 4x800M Relay team had a tremendous run placing 2nd in a strong time of 9:41.44. That team consists of Donte Sierra, Hatch Nelson, Ty Wilson, and Stoker.

The Eads Girls placed second behind Springfield chalking up 80 points in Holly. Again, every aspect of the team was firing on all cylinders. The 4x100 and 4x200 Relays led the way for the Eagles. In the 4x100 Eads was just edged out placing second in a time of 54.15. But Eads did the edging in the 4x200 improving their time substantially winning the gold in a time of 1:52.26. 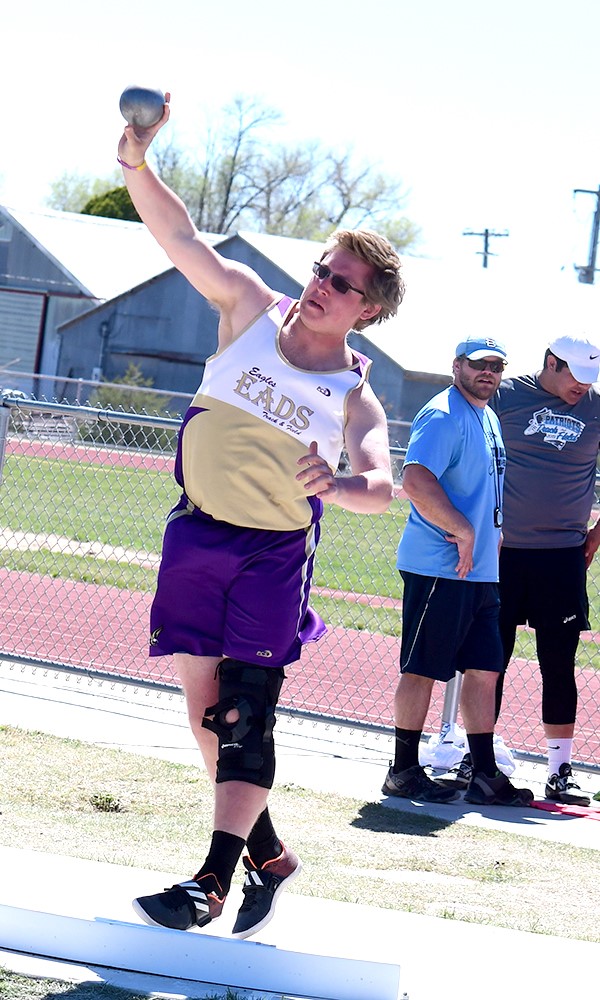 Ellenberger, Reagen Johnson, Rittgers and Jones controlled the track for Eads. Ellenberger snuck in a 2nd place finish in the 100M finals in 13.51 seconds. Johnson was 5th in the 400M at a 1:06.24 clip. Rittgers ran the 1600M for the first time and gutted out an impressive 2nd place finish in 6:22.57. Jones just missed a gold in the 100M hurdles placing 2nd in a time of 18:55. The senior continues to improve in the hurdles each and every outing. 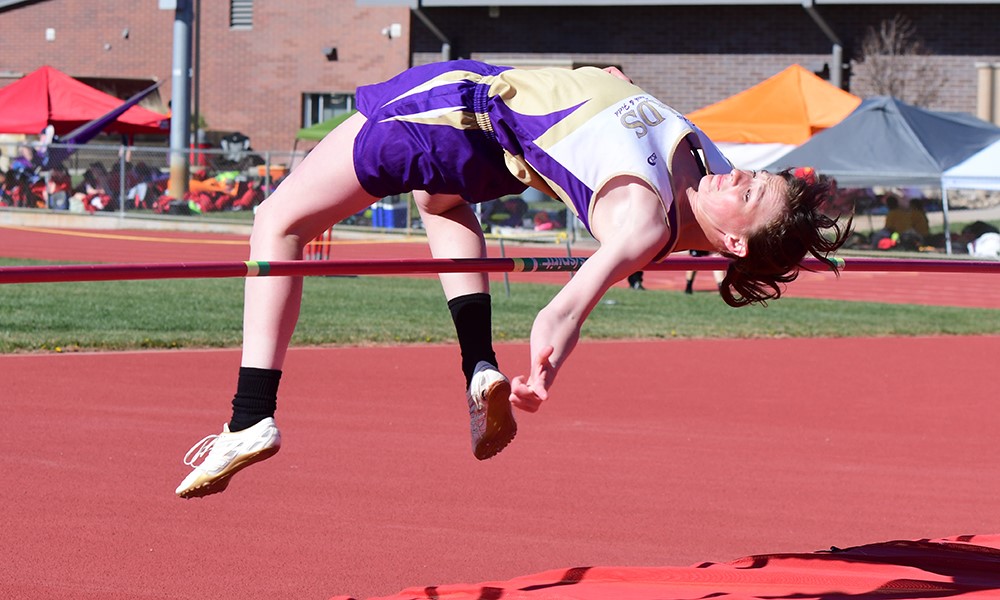 Bohlander wrapped up the busy week stating, “There were many individual gains and awesome performances but as a whole, we showed up with a plan and went after it.”

Next week Eads will head to Springfield where the girls will challenge their rivals Springfield on their own turf.

Photo 2: Eads Damien Barnes had a good day in Holly placing 2nd in both the Long Jump and the Triple Jump. Photo Credit WildcatPridePhoto.com

Photo 3: Eads sophomore Brad Musgrave continues to improve in the shot put placing ninth in Holly.  His continued progress may pay off with just a few weeks left in the track season. - Photo Credit John Schecter