Written by Betsy Barnett on 01 May 2019. Posted in Sports

The Cheyenne Wells Girls’ Golf team coached by Stacy Noe has enjoyed beautiful weather during this season as they march quickly toward the Regional Tournament to be held May 6 at the Highland Hills Municipal Golf course in Greeley. 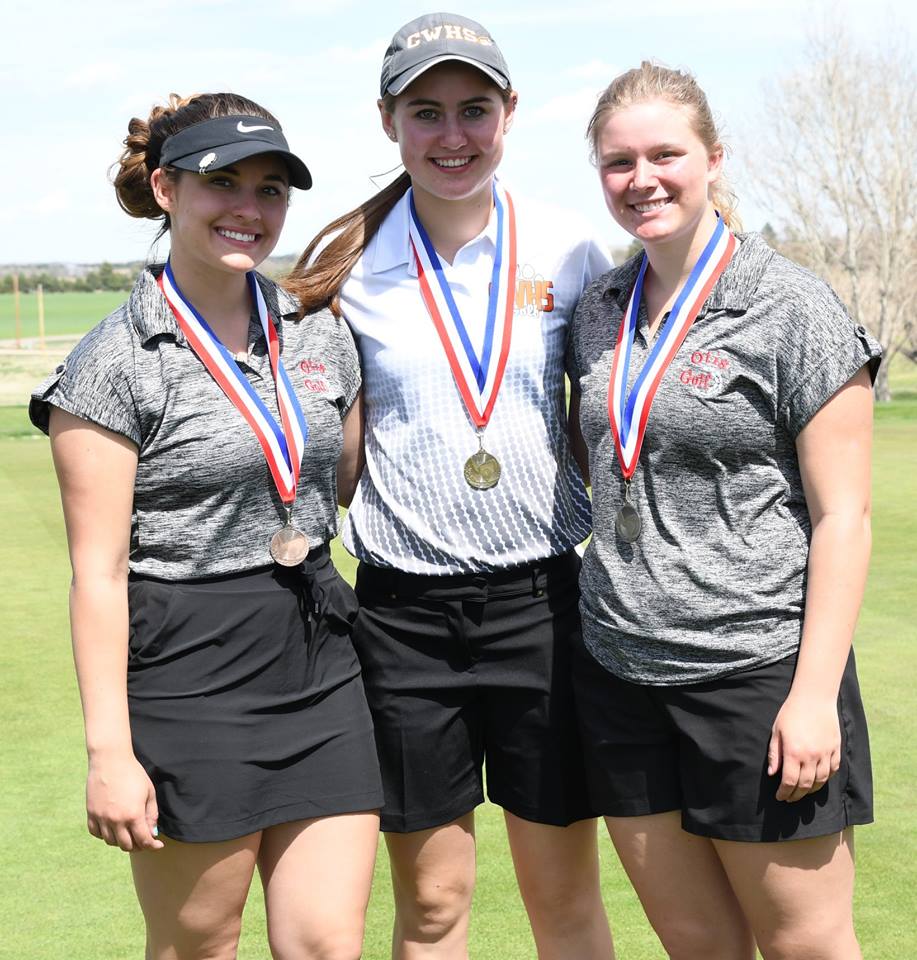 According to Noe, “We are in a very competitive region this year, but we hope to qualify a couple of girls. If we play up to our potential, we should see some success there.”

Noe is talking about two seniors who have worked on their game and has the experience to qualify for that ever-elusive state tournament. They include Haley Johnson, who goes to school in Kit Carson, and Hadlie Rittgers, a senior from Eads High School.

The great weather has helped the Cheyenne Wells team’s overall performance in that last two tournaments. At the Wray Tournament all three varsity golfers shot their best scores of the season. Freshman Stephanie Framel, another girl from Kit Carson, came in with a 114 in the 18 holes of play. Rittgers scored a 100 and placed in 8th place.

Johnson was right in the money shooting a hot 90 coming in tied for first place with Autumn Hensen from Wray. The tie-breaker system in high school golf consists of comparing scores from the last 9 holes, then the last 6 holes, and if there is still a tie, they look at the last 3 holes. Johnson would lose the tie-breaker to Hensen and would have to settle for second place in Wray. The Tiger team placed an impressive second just behind the Otis team who has really burned up the course this season. 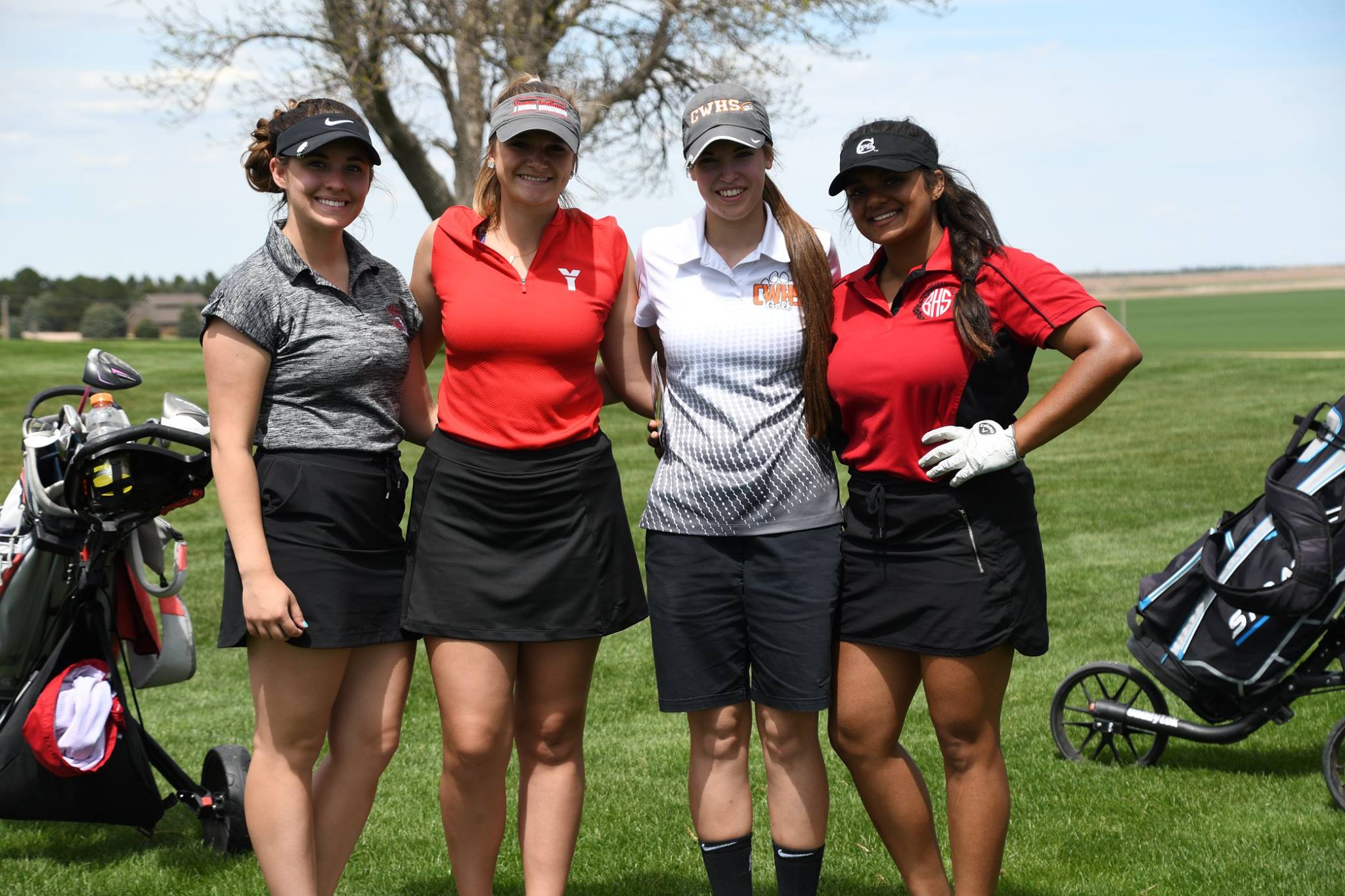 But Johnson would not be denied in Yuma the next week as the tournament started out windy and cold but turned nice later in the day. The scores were not as good, probably due to the wind, but Johnson battled her way to a strong finish winning the individual championship with a 96 overall score.

The three scores were good enough for a third-place team finish as Otis, again, took the tournament.

The team looks to prepare for Regionals with one final regular season tournament in Burlington on Tuesday.