Written by Betsy Barnett on 19 June 2019. Posted in Sports

It was the close of the regular summer season as the Eads Majors traveled to Holly to the venue of the 2019 League Tournament. There are five teams in the Majors division that features players from 10 to 12 years of age. Eads, Holly (Red & Black), Cheyenne Wells, and Kit Carson are the league teams. 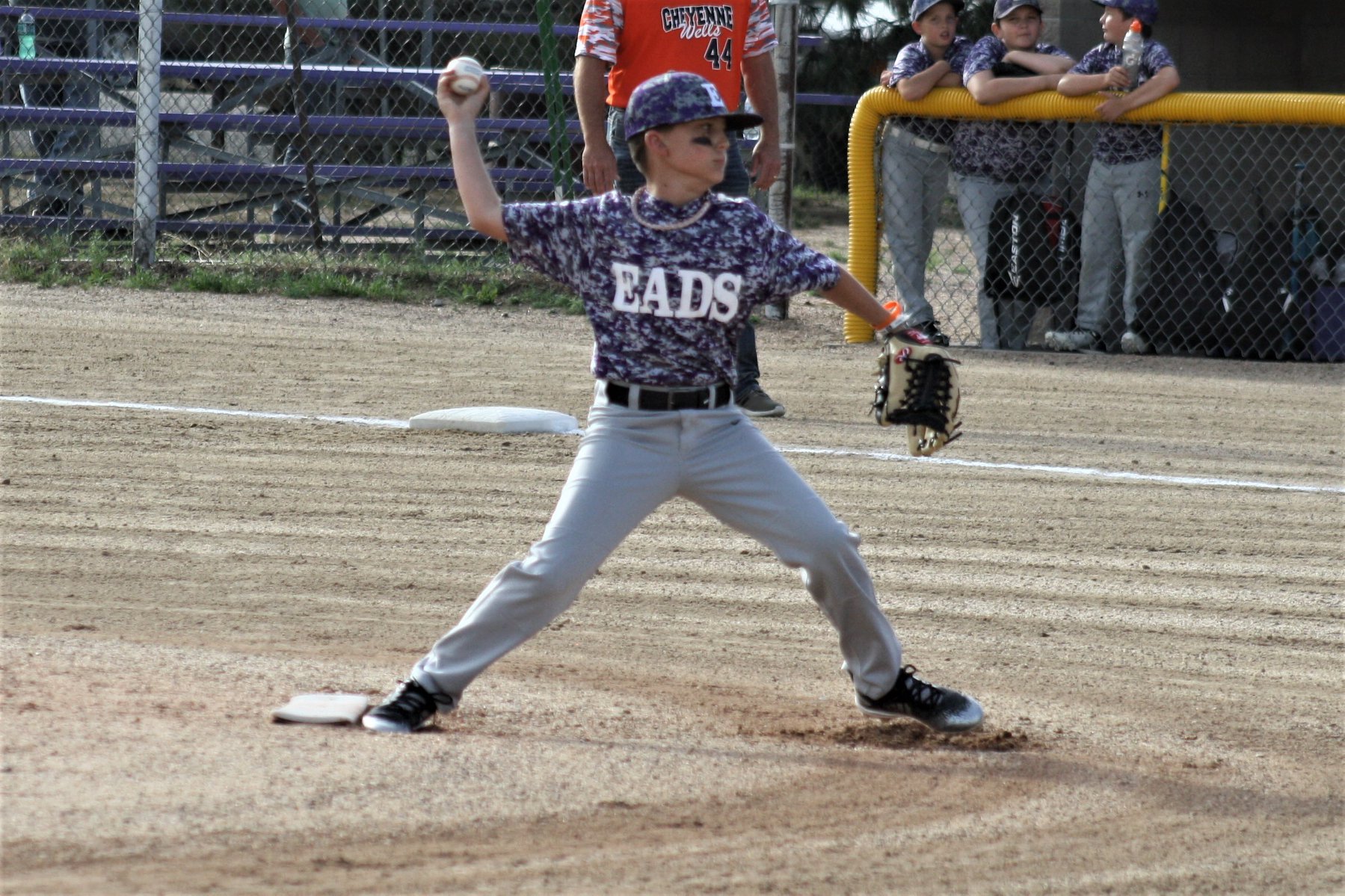 Finally, when the dust cleared in Holly on Saturday evening the Eads boys had shocked Holly defeating them in the title game, 4-3, in extra innings.

In order to get to the championship, the Eads boys had to contend with a tough Kit Carson team who had beaten Eads once much earlier in the season. Eads would control Kit Carson 14-7 in the semifinal game.

In that game, Eads took the lead after the first inning 2-1. Eads was the visiting team on the scoreboard batting first. Lead off batter Shaine Winder pulled a walk to start the game. With two outs Johnny Vasquez got on base on a third strike passed ball. That mistake would cost Kit Carson as Spencer Uhland then came to the plate with two on and crushed a double to center field scoring both Winder and Vasquez.

Kit Carson managed one run in the bottom of the first as Brennen Framel led off with a nice single against Eads pitcher Aydn Hough. Levi Mayhan and Mason Marriott then both hit singles to load the bases putting Hough in a pickle. But the 11-year-old struck out the next two batters as he battled to turn back the Kit Carson tide. Bryson States would sneak in a single that would bring home Framel. But that would be it as Hough worked his way to a third strikeout on the next batter. 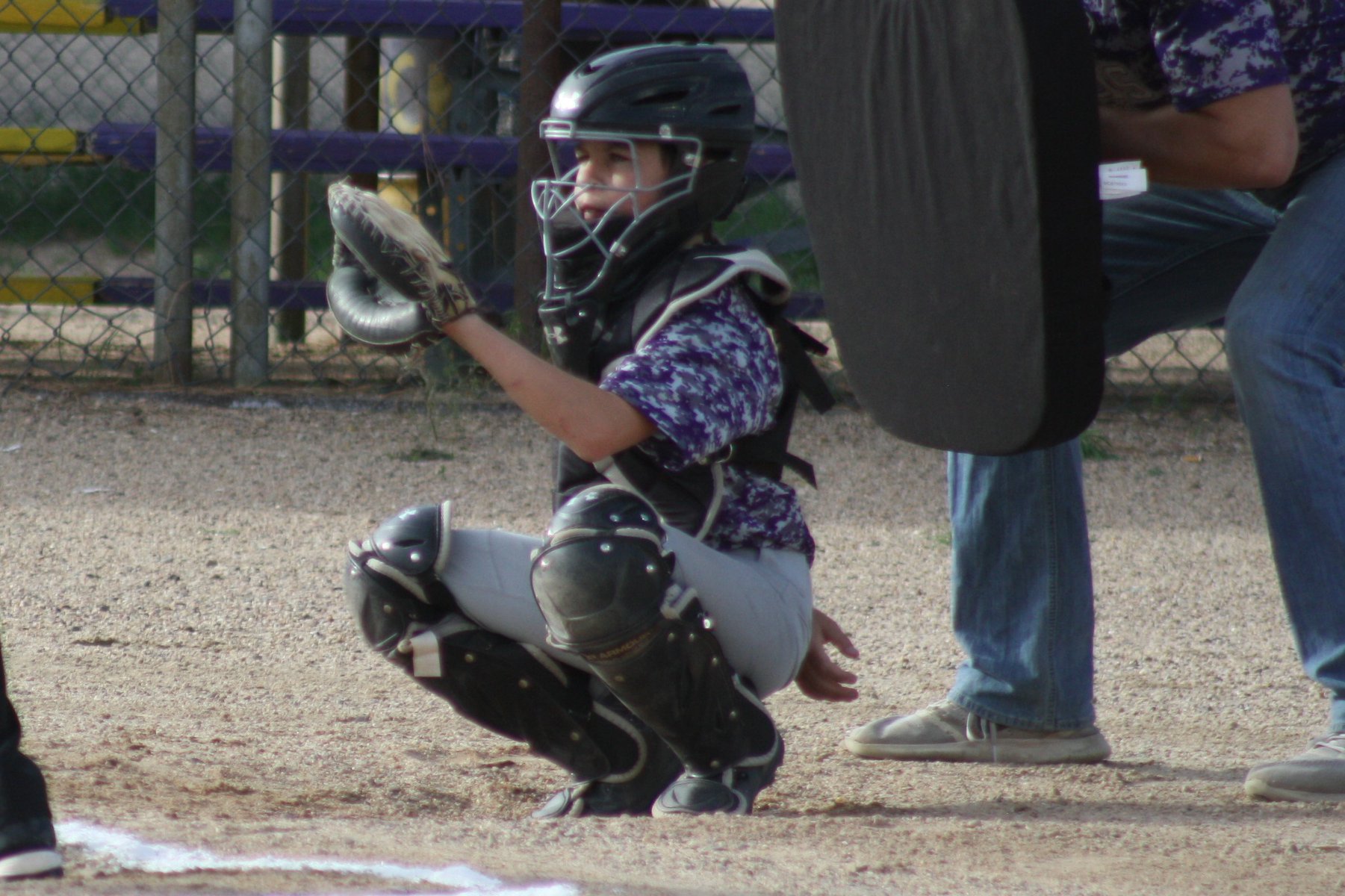 In the second inning Eads took control of the game scoring three runs and keeping Kit Carson scoreless. Nathan Miller would start off with a single and would move to second base when Kadan Dunlap pulled a walk. Winder belted out a single that scored Miller and Case Nelson’s single scored Dunlap and Winder. Eads led after two complete innings 5-1.

The third inning saw a lot of scoring on both sides with Kit Carson adding a couple of runs off of a single from Marriott, a douple from Trey Allen, and another single by Gunner Randel. But Eads would break the game open 11-3 after scoring six in the third inning.

In that inning Uhland started things off with a strong double. Miller then walked as did Ayden Hose and Dunlap to load the bases. Winder came through with a strong single that scored two. Nelson, Vasquez, and Uhland all moved runners around the diamond with three doubles in a row.

Eads added three more runs in the top of the fourth inning as they came from Gaige Arnold, Weston Mitchek and Eric Murdock. Kit Carson would get four runs, but it would not be enough. Those runs were scored by Kash Little, Mayhan, Marriott, and Allen.

The big win for Eads set up a showdown between Holly and Eads for the championship. Holly was trying to defend their perfect record and Eads played the disrupters.

Both teams would have their aces on the mound. For Holly it was Francisco Saenz and for Eads is was southpaw Case Nelson. Devin Eaton would come on in relief for Saenz near the end of the game when the pitch count got too high. Similarly, Uhland would take the mound in relief for Eads when Nelson hit his pitch count.

Holly took their at-bat in the top of the first inning and got one across as Truman King would hit a double from the three-hole. Jacob Noriega’s single scored King.
Eads was held scoreless until the bottom of the fourth inning. At that point they were trailing Holly 3-0 as Holly had scored two runs in the top of the third coming from runs scored by Eaton and King.

Stockton Mitchek started Eads off in the bottom of the fourth with a single. The speedster quickly moved around the bases stealing second and then third and scored on a passed ball as Miller worked Saenz to an ultimate walk. After the third inning Eads trailed 3-1.

Nelson then settled in from the mound and put the pressure on the Holly hitters fanning all six in the fourth and fifth innings. The lefty would hold Holly off in the top of the sixth as well despite an error that put King aboard.

While Nelson dueled with the Holly hitters the Eads hitters continued to slowly chip away at the score. They would tie the game in the bottom of the fifth, 3-3. Winder started the inning with a single. Nelson then helped himself moving Winder with another single. Then came Uhland’s big bat that brought in both Winder and Nelson off a strong double to center field.

After Nelson held off Holly in the top of the sixth, Saenz then fanned the bottom of the Eads order leaving the score 3-3 and the championship game going to extra innings.
Uhland would take the mound for Eads as the Holly middle line up came to the plate. Uhland got a flyout on the first batter but walked the second batter, Joe Kodavatikanti, with one out. Damien Molina hit a small single moving Kodavatikanti to second. Uhland then walked Alajandro Perez to load the bases with one out. As Uhland worked on Coy King at the plate, Kodavatikanti tried to score on a passed ball and got caught for two away. Eventually Uhland got King swinging for three away.

Eads had held Holly scoreless and now had the last at bat in the bottom of the seventh.

Koehler’s team was at the top of the order as Winder wisely pulled a walk from Eaton who was in for relief for Saenz. Hough and Nelson put the bat on the ball, but Eaton made two good defensive plays to get them both out. With two outs and Winder still on first Uhland managed a single that moved Winder to third. With Vasquez at the plate working Eaton, Winder looked for a way to come home and would eventually scramble in to score on a passed ball winning the game 4-3. 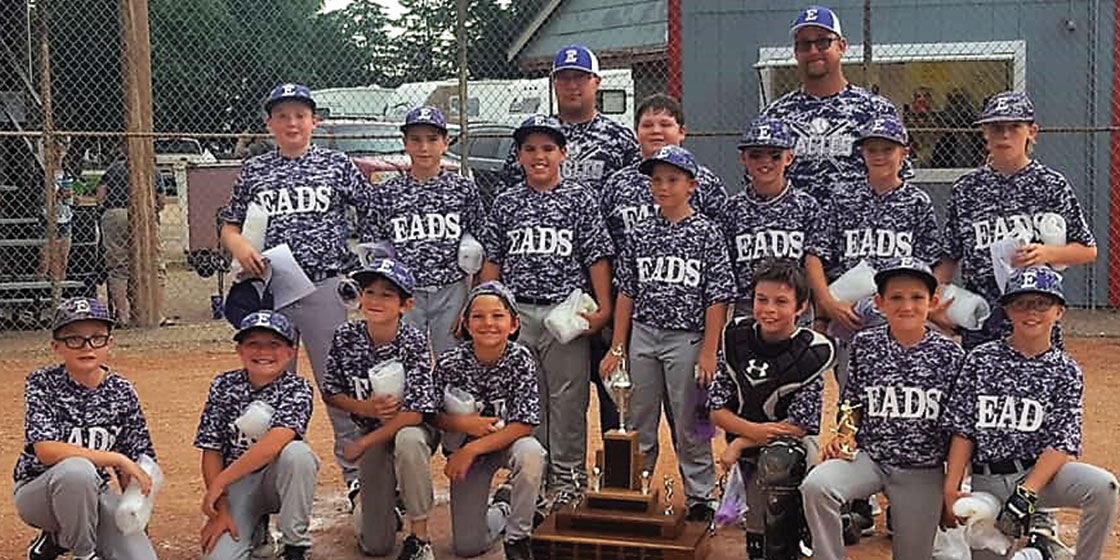 After the awards ceremony that saw Eads receive one of the biggest trophies they’d ever seen, the Southern Plains 11-year-old and 12-year-old all star teams were named. These two teams will play in a number of tournaments in Kansas in the upcoming weeks. They consist of players from all five teams who have been chosen by the league coaches.