Written by Betsy Barnett on 02 October 2019. Posted in Sports

Area youth sports programs have always been around as the fall season generally means football for the boys and volleyball for the girls. In the past, youth sports also meant that all the small towns had to travel to Lamar to take part in their recreation leagues. However, new this year is that Eads and a handful of other area towns have decided to form their own recreation league that allows the town’s teams in all divisions to play in the same venue, including sometimes at their own home sites. It’s a nice solution that has been a long time coming and is so much more convenient for multi-kid families. 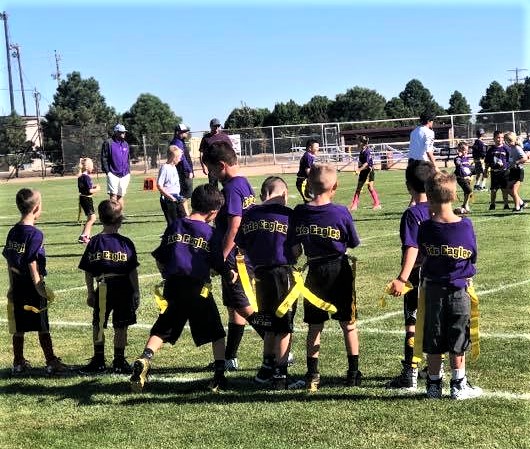 On September 21 the season began in Eads at home as they hosted Wiley. Then this last Saturday Eads and Springfield traveled to Wiley for round robin play among the many teams. Holly is the other town that joined the league. The idea was conceived by Holly Mitchek of Eads and Maggie Pecino of Wiley both of who have put in many hours planning the schedules.

There are three football teams from Eads who play including the 1st & 2nd Grade Flag Football Team; the 3rd & 4th Grade Flag Football Team, and the 5th & 6th Grade Tackle Football team. Then there are two volleyball teams from Eads including a very large group of 3rd & 4th graders and a team for the 5th & 6th graders. Girls in grades 1 & 2 have the option to play flag football with the boys’ team. 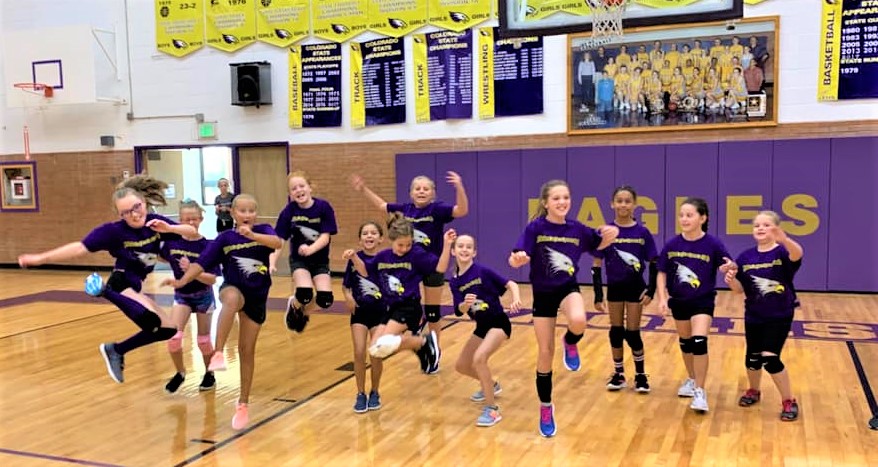 In order to establish the Little Eagles’ Sports Club officers were chosen and include Mitchek, Chelsea Davis, Kyle Barnett, Julie Zimmerman, and Braylynn Eder. The Club did initial fundraisers by selling fan cloth Eagle gear in September and they also have a concession stand available at all the home game days. All the participants pay a $20 fee for each sport which allows the Club to purchase the uniforms and equipment the children need.

Joining a team is very easy and the Little Eagles’ Sports Club is open to all children who want to learn to play the various sports offered throughout the year.