Written by Kerry Sherman on 08 October 2019. Posted in Sports

The state golf championships for high school boys were held on Monday and Tuesday, and a number of area athletes were in action. Fort Morgan's Mateo Salcido and Sam Christensen competed in the Class 4A tournament, held at The Bridges in Montrose, while a dozen golfers from the eastern portion of the state hit the Eisenhower course at the Air Force Academy in the Class 3A field. 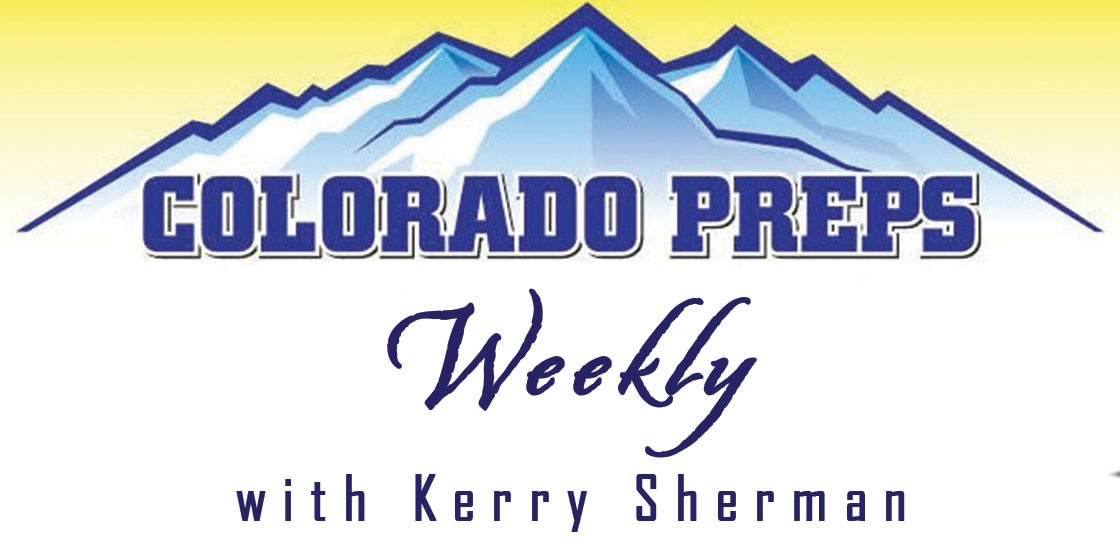 One of Wedel's football teammates from Stratton/Liberty had an afternoon last Saturday that etched his name in the CHSAA record books. Jaret Lichty amassed 474 yards and eight touchdowns on just 17 carries in the Knighted Eagles' 84-35 victory over Idalia. His yardage total put him in 7th place all-time for an individual player, and the touchdowns are tied for 14th most in a game. As a team, the Knighted Eagles ran for 694 yards and 11 touchdowns, both good for third all-time by a team. Stratton/Liberty is 5-1 on the season and headed to Granada (5-1) on Saturday for a non-conference showdown.

That is one of the top games in 6-man this week, but there is one in the area with a little more at stake. Second-ranked Fleming will host North Park on Saturday and the North Division title could be claimed by the home team with a victory. At 6-0 and unbeaten in the division, Fleming already owns wins over two of the top challengers, Prairie and Peetz. They still have Briggsdale on the calendar, but the Falcons have two league losses, and would not be able to catch the Wildcats in the standings. A win by North Park sets ups the potential for a three-way tie. That group of Wildcats enters at 5-1, with their lone loss coming against Prairie.

Top-ranked Kit Carson (6-0) all but locked up the South East crown in six-man with last week's 51-43 victory at Cheyenne Wells. The Wildcats led 31-8 at the half, but the game would come down to an onside kick by the 5-1 Tigers with eight seconds remaining. The kick did not travel the required ten yards and the Wildcats escaped with the victory. Jayden McCombs-Farmer led Kit Carson with more than 250 yards and six touchdowns on the ground.

North Central league action got underway last weekend, with Limon, Holyoke, and Wray all picking up wins. The Badgers downed Wiggins 48-7, with six different players reaching the end zone. Holyoke shutout Yuma 34-0, and Wray's defense did the same to Burlington, as the Eagles won 14-0. That game was scoreless at the half.

This week, Burlington will host Holyoke as part of the homecoming week festivities on Friday night. Yuma welcomes Limon to town on Friday, and Wiggins will be at home against Wray.

La Junta opened its Class 2A Tri-Peaks slate with a 6-0 victory over Woodland Park last week. The Tigers scored on a one-yard run late in the first quarter and the defense made that stand up for the rest of the contest. They are now 4-1 on the campaign and will host Elizabeth on Friday. The annual Whistle Game with Lamar is looming next Friday. Lamar looks to get back on track this week after it dropped its league opener at The Classical Academy, 48-27. The Savages trailed by four entering the fourth quarter but were outscored 17-0 in that frame. They visit Woodland Park on Friday.

Volleyball is a month away from the state tournament and the action is really starting to heat up. Two weeks ago, Prairie was named the #1 team in Class 1A in the CHSAANow.com poll. The Mustangs lost that ranking after falling to Fleming in five sets (17-15 in the fifth). The Mustangs would go on to drop another five-setter in North Central play to Briggsdale last week, 16-14 in the fifth. Prairie rebounded to beat a ranked Otis squad in five on Friday and the Mustangs began this week fourth in the RPI. They get their rematch with Fleming next Tuesday at home.

Class 2A has everyone chasing top-ranked Denver Christian, who has not dropped a set entering this week. Leading the pack of challengers is Limon, Wiggins, and Fowler. Sedgwick County, Rye, and Swink are also in the mix. Two of the top contests this week involve Rye, who visits Fowler on Thursday and hosts Rocky Ford on Saturday. Also, keep an eye on tournaments in Swink and Stratton, as both include a number of tough programs.

This is the final week of regular season action in softball, with regionals slated for next Saturday. Brush is third in the District 3 standings, trailing University and Strasburg, and Sterling is right behind the Beetdiggers. Both are in the top eight of the RPI, so each could possibly host a region next weekend. Limon leads the District 4 field and would host as a district champion. Wray currently sits second but hosts an important doubleheader with Holyoke on Saturday. The Dragons are in contention for the automatic qualifier spot as a district runner-up.

Rocky Ford, Lamar, and La Junta all look like good bets to represent District 2 in the regional round. The Meloneers and Savages hold the automatic qualifying spots, and enter the week ranked 12th and 15th respectively in the RPI. La Junta would need one of the 14 RPI qualifying spots, and the Tigers begin the final week 16th. With many of the teams ahead of them in the standings looking at AQ positions, the Tigers should be moving on.