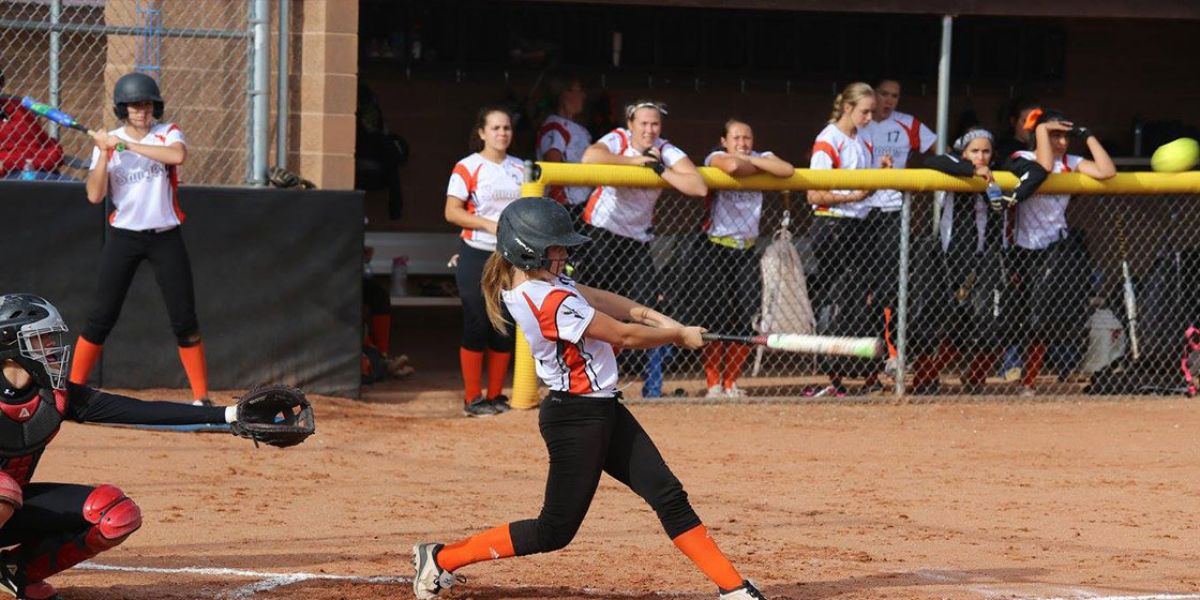 The 3A preps softball regular season is quickly winding down and Lamar is performing well hoping to peak this week when they host Rocky Ford on Thursday at 6:30 pm in the last game of the regular season.  Rocky is sitting on top of the league after beating Lamar, 10-0, a couple of weeks ago, but the Lady Savages hope this next meeting in Lamar will sway their way.

Over the past weekend the Lady Savages traveled to Pueblo and took a broom to the Dolores Huerta Prep School group sweeping them in two straight conference games, 14-3 and 9-2.
In Game 1 the mound was owned by Lamar sophomore Laci Coen who threw a beauty of a game giving up just one hit and two runs while striking out 10 batters.  Coen would only get in trouble in the final period when the first batter got on with an error and then she walked batter #2.  But from thereon out, Coen and the Savages tightened up the defense and closed the door on the surge coming from Dolores Huerta.  After the first two batters got on base, Lamar elected to go with their deep lead and get the outs.  The runners would advance around the bases on fielder’s choice put outs coming from shortstop to first and then pitcher to first.  With two outs and two runs on the board for Dolores Huerta, Coen would take matters in her own hands striking out the final batter for the win.
Offensively, Lamar used strong hitting from the entire team as they pounded out 15 hits against the DH ace.  They would be denied in the first inning but would score every inning after.  In the top of the second, third-base Haley Bender started the inning off with a single and would be moved over by Coen who drew a walk.  Anna Settles then came to the plate and hit a 2-RBI single to get Lamar on the board.  Junior Haleigh Prosser pounded out a massive triple to start the third inning and would cross home on a Sydney Howland RBI-single to score only one for Lamar.  The bottom of the order continued to produce for Lamar in the fourth inning as Sierra Jara and Settles combined to score two more runs with the help of the top of the order courtesy of Miranda Mitchek.  Lamar grabbed another run in the fifth and two security runs in the top of the sixth to put the stops to the DH last-minute heroics.

In the second game Lamar didn’t have as many hits but of the nine hits they had there were a number of long, hard slams that moved the Savages around the bases.  Their scoring started right away in the top of the first when they scored four runs starting with Reed who hit a single, followed by shortstop Julie Aguirre with an RBI double, and repeated by Sheridan Choat with another RBI double.  Prosser pounded out her first of her three RBI singles in the game and Howland finished off with her own RBI single.  In the second inning the big bats came to play as Lamar would score seven runs behind a number of hits and great base-running.  The middle of the order was still strong moving the fast players at the top of the order as Aguirre, Choat, Prosser, and Howland took the offense on their backs.  The game was basically over, but Lamar wasn’t in the top of the third as they played “trade places”, again in the middle of the order as the foursome took turns running around the bases.

Sheridan Choat confidently took the ball for Lamar in the second game and it looked like she might have a long day early as the first batter up nailed a double and would eventually score off another double by the four-hole hitter.  But Choat worked methodically and got out of trouble.  As the game continued, she would look to struggle at times but either the Savages’ solid defense would come through or Choat would use her tough change up to sit down five batters.  The sophomore would give up two runs on five hits and put in a solid performance.

The Lamar JV also had a busy schedule over the last week playing in two sets of double headers and getting wins in all four.  Eads’ Kaylee Wilson was on the mound for two of those games and came away with wins in both.  Coach Mindy McCoy has a large bullpen to choose from as the Lady Savages begin to think about the post-season and winning a bid to the 3A state tournament in mid-October.