Written by Betsy Barnett on 29 January 2020. Posted in Sports

After a very strong weekend of play the Eads boys are definitely still in the hunt as they came away with two key conference wins including a 52-45 revenge win over Granada on Thursday night, and then controlled the struggling McClave group, 52-30 in Eads on the next night. With the weekend sweep, Eads is sitting at an overall 7-5 record, and even more importantly, a 2-1 league record. If the Eagles keep this kind of play going, they just might very well play the spoiler role into the post season. 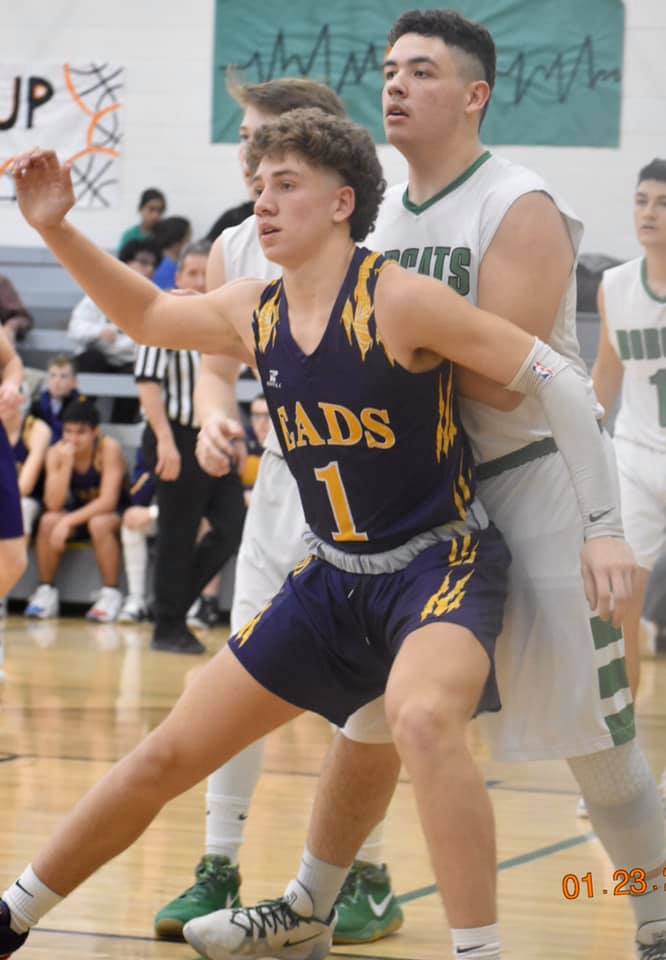 Head coach Marcus Gilmore knows how important that last weekend was for his boys, “When you can get two conference wins in one week you will take them every time.”

Going into the Granada game the Eads boys had their last meeting well in mind when the Bobcats came from behind and defeated the Eagles in the quarterfinal round of the Lamar Holiday Basketball Tournament in December. That loss was painful as the Eagles were gunning to get to the night session games for the first time in over a decade. That didn’t happen because they allowed the Bobcats to beat them on the free throw line in Lamar.

Gilmore described the action in Granada saying, “We had a great start to the Granada game leading all four quarters. However, we almost had a repeat of the HBT as we were up by 17 at half and they made a good run at us in the third and fourth quarters. We just got a little flat on offense in the second half of the game. But our defense stepped up and held them off for the win.”

Eads junior Damien Barnes continued to lead his Eagles against Granada as he started out strong hitting 10 points in the first quarter. Sophomore Cade McDowell helped out hitting a late three ball and adding a couple of buckets from the strong forward position. Between the two, the Eagles scored 17 points in the initial quarter. That quarter would be the downfall for the Bobcats as just Dominic Coleman could find the rim hitting for a trey and a deuce early. Going into the second quarter, the Bobcats managed to contain Barnes and McDowell a little more, but Gilmore’s bench has been a key factor to their success this season and on this night it would be Brandon Lening who came in and sparked the Eagles in the second period with a couple of buckets and a three ball. In that same period, Granada’s woes continued, although Coleman stayed tough scoring all but two of their 8 second-period points. 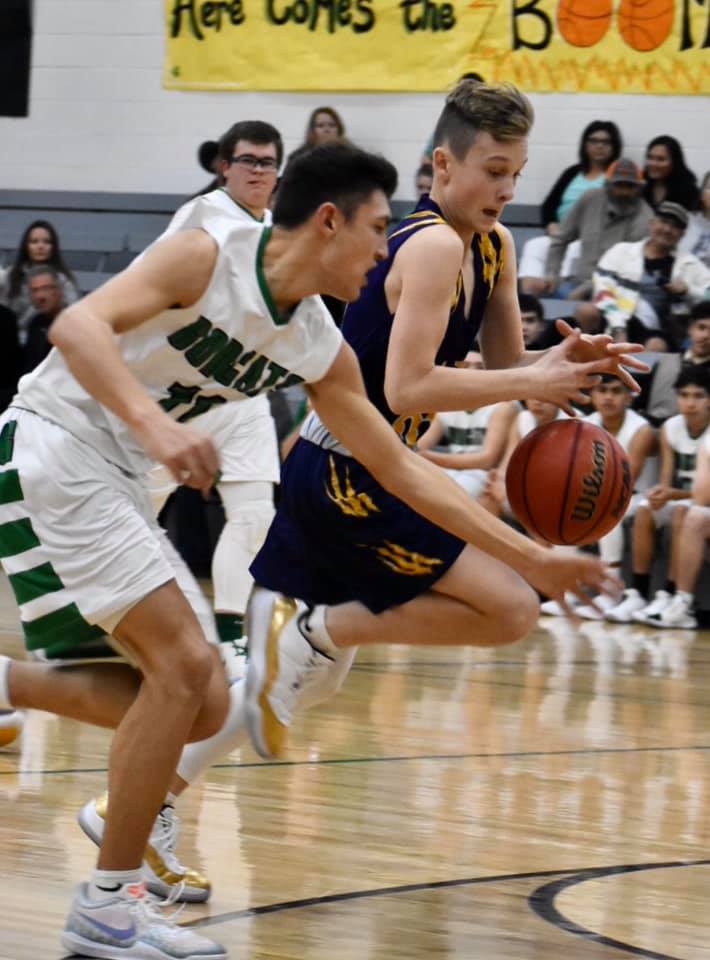 By the second half the traditional Granada hot streak raised its head and the three balls rained down surprising Eads with their accuracy coming from all sides of the court. In the third period, Granada outscored Eads using three longs balls with two coming from Coleman and a third from Jett Harmon. The Eagles continued to battle back just when Granada looked to break it open. By the end of the third, Eads was still in control but another barrage of fire power from Granada might just undo them.

And, that fourth quarter storm came in full bore with Harmon, Coleman and even big man John Hainer teaming up to hit for four more three-balls from way downtown Granada. Despite being in foul trouble all night, Alex Schmidt helped to control the Bobcat run and Barnes hit enough free throws to save the contest.

The next night against a winless McClave team Eads played pretty flat and the night, although producing another conference win, turned out to be unremarkable. Gilmore said, “Our shooting troubles from Granada seemed to transfer into our McClave game. We dominated the boards, so we were lucky enough to get plenty of second chances. Defensively against McClave we played great. We are playing well on that side of the ball. But we will need to get our offense in check in order to finish the season strong.”
Schmidt had a solid performance on Friday night against the Cardinals as throughout the game he ran an efficient ship from the point guard position. There was never really a question as to the outcome of the game, although many shots were missed by the Eagles. The first and third quarters were particularly strong for Eads as they got a little offense going in order to complement their solid defense.

Schmidt led all scorers with 23 points, including two long balls. Barnes, again, was impressive hitting for 12 points, and pulling down 23 rebounds on his second night of a double-double performance. The junior also contributed 3 assists and had 4 steals. McDowell was solid hitting for 10 points and 6 boards.
For McClave it would be Martinez and Gomez leading the way with 14 and 9 points respectively.

The Eads JV team got in a little action on Friday night against McClave but would drop their 2-quarter contest, 23-21. Donte Sierra scored 10 points for the Eagles, while Dillon Hernandez added 7, and both Caleb Lane and Ben Splitter each added two points.

Gilmore knows things just don’t get any easier, “We have a tough schedule ahead of us and we are looking forward to the challenge.”

Eads will now take on a big Wiley group on Thursday who has been struggling with a 3-8 record. However, they are not a bad team and the Eagles will need to bring their A game to beat them. The next night Eads hosts a very tough Kim/Branson group who is sporting a 10-1 overall record.