Written by Betsy Barnett on 20 February 2020. Posted in Sports

The Kit Carson boys are riding high on a wave of success as they played their last --- ever --- home game in the “new gym” blowing out their opponent and scoring 83 points in a shooting fest that burned up the old nets at the home town gym. 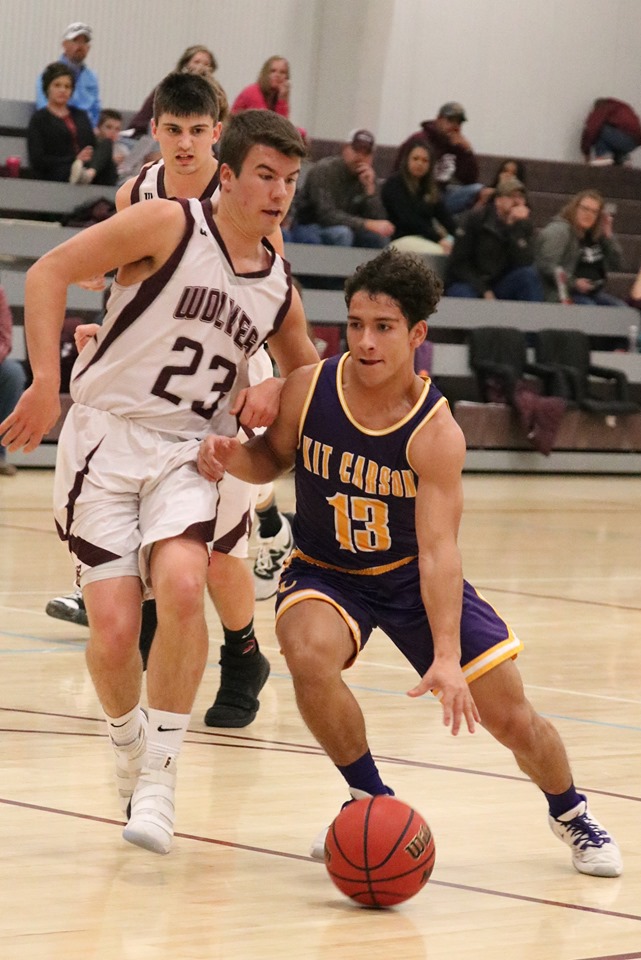 Head coach Damon Dechant, who also played on this same hardwood with huge success, was pleased with his team and enjoyed the many emotions expected when one comes to the end of something very special.

“This weekend was a celebration of our Kit Carson family. At one time we had our current team, future Wildcats and some of my childhood heroes in the gym. It made me think about how special the night was. The “new gym” really isn’t just a place to watch the Wildcats play, but a place that brings us all together. We aren’t all related to each other, but we are for sure a family.”

The weekend started in Idalia in a make up came from the beginning of the season. In that contest it was all Sullivan Farmer who had a hot hand hitting for five three balls and 23 points.

Farmer and the Cats proved to be too much for Idalia as they put it on the Wolves for three quarters. In the third the Cats scored 22 points with eight players getting in the column. Idalia did make a bit of a run outscoring the Kit Carson bench 18-6 in the final period.

Farmer led all players with 23 points and 3 steals. Brock Weiand enjoyed a strong game with 8 points and 8 rebounds. Jayden McCombs-Farmer had 7 rebounds and 3 assists. Brett Mayhan came in off the bench and gave some good minutes hitting for 8 points.

Then came Saturday night and the end of an era. Dechant’s boys made it special for the hundreds of Wildcat fans in attendance. Eleven of the twelve rostered players scored in this contest leaving a memory for a lifetime for these young men. 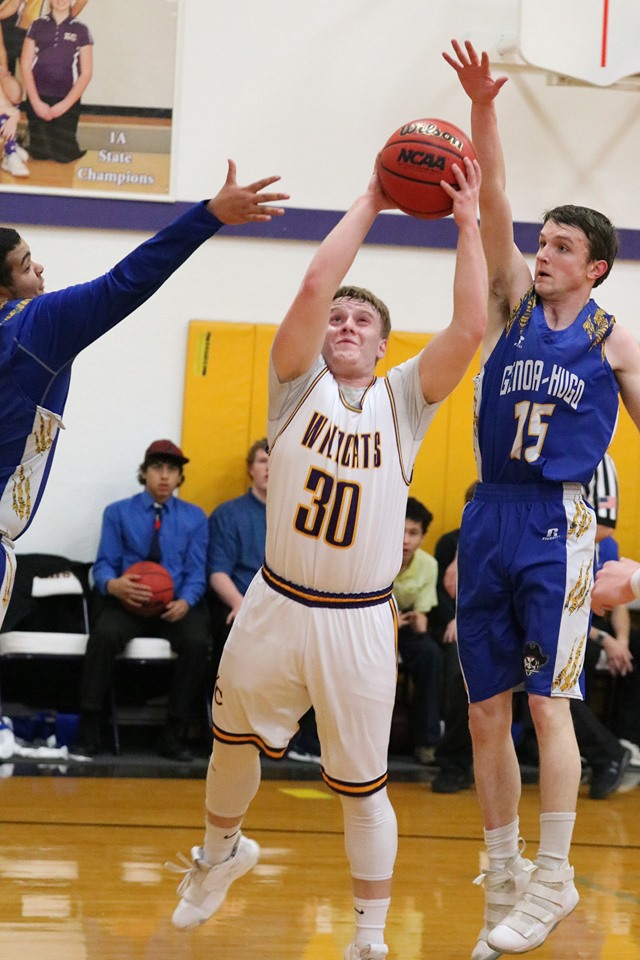 The Cats blew Genoa-Hugo off of their soon-to-be-torn-up floor as they scored a phenomenal 35 points in the first quarter alone. Five 3-balls rained down to the delight of the crowd including two from Brayden Bogenhagen, and David Arnold, McCombs-Farmer, and Sullivan Farmer with one apiece in the first quarter. 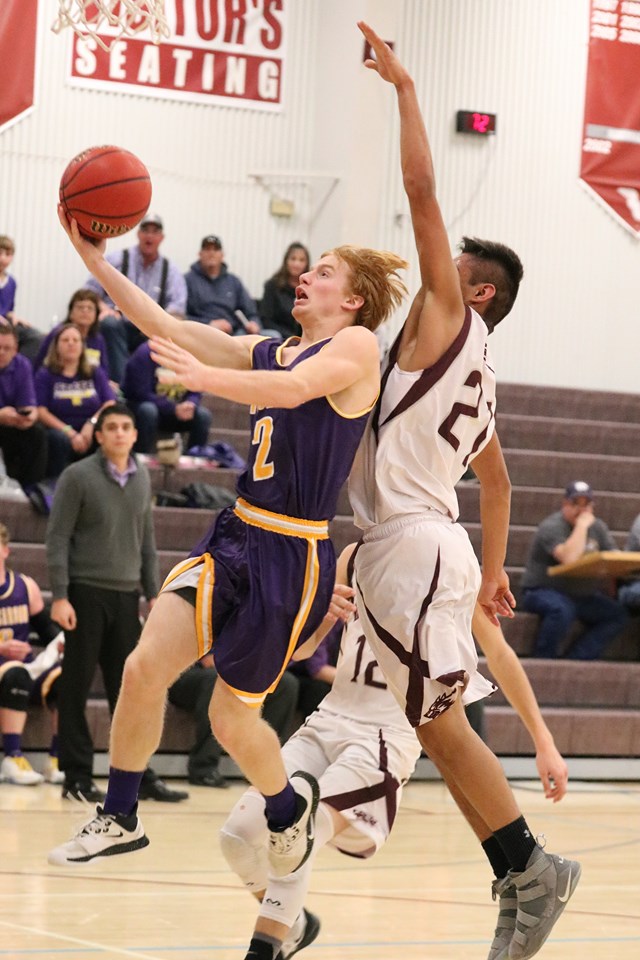 Bogenhagen went on to have a phenomenal shooting performance on senior night hitting five long balls and a deuce on his way to 17 points. McCombs-Farmer had an overall strong game with 21 points, 7 assists and 5 steals. Sullivan Farmer hit for 11 points, Joe Bryan added 8 points, and Peter Hornung had 6 boards.

Dechant’s Cats will now finish the regular season on the road with a conference date with McClave on Friday. The struggling Cards have not won a single game but is always a threat because of their deep tradition. Kit Carson will then finish off the weekend with a trip to Simla on Saturday.

The Cats are 16-1 and have nailed down the District 2 conference crown with a current 4-0 record. Kit Carson took over the top spot in the state rankings moving into the #1 slot today on the CHSAA polls as they received 5 first place votes.