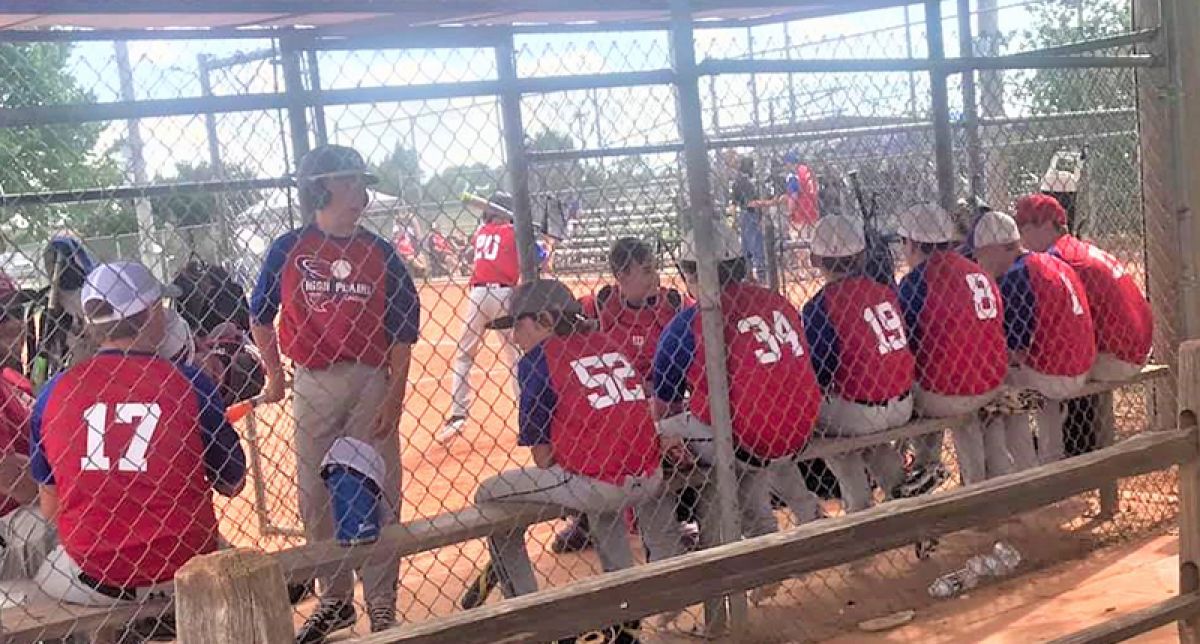 BATTLE OF THE BASES 13U TOURNAMENT; Finally-- Baseball is Back!

Attempting to escape the COVID-19 lockdown, High Plains baseball league has been throwing the ball around for the last two weeks and hit the road to Garden City for the Battle of the Bases Tournament on June 20-21. The 13-year-old division had six teams entered. Coach Dayne Eaton said, "It feels great to be back on the diamond after missing April, May, and most of June. These kids just really needed to get out and play."

The High Plains Twisters faced a seasoned opponent to open up the tournament in the hometown Garden City Venom. This team was coming off a Tournament championship in Wichita the weekend before. The local boys, playing their first game together looked good early and held a 3-2 lead into the 3rd inning highlighted by a three-run homerun over the fence by Maddox Coleman. Case Nelson, Coleman, and Will Pacino shared the pitching duties. The HP defenses wore down in the fourth and fifth innings making 7 errors leading to an 11-4 loss.

The Saturday evening special featured High Plains taking on the Southwest Sox from Lakin and Holcomb, KS. The Sox had a flamethrower in Javier Gutierrez from Holcomb. High Plains was able to frustrate the pitcher with plate discipline and baserunning prowess. Again, the HP team took an early 3-0 lead but was unable to hold it. Devin Eaton was pitching strong but found himself with the bases loaded and 2 outs. However, a curve ball to Gutierrez landed near the Garden City Zoo for a grand slam. High Plains lost in a good contest, 6-3. HP hits came from Eaton with 2, Coleman had 2, Spencer Uhland with 2, Pacino had 1, and Johnny Vazquez had a single.

On early Sunday morning at 8 am the Twisters rubbed the sleep out of the eyes to see the Liberal Rattlers. This team was polished and experienced playing their 28th game of the season. Coleman pitched well and kept things close for the first few innings. The HP team was down just a run, 3-2 in the third inning, when the errors seemed to roll in like a storm. The time limit ran out on the team with an 8-2 loss. Hit leaders were Coleman with 2 hits, Uhland with 2, Nelson had 1, Eaton added 1, and Stockton Mitchek added one more. Coach Eaton commented after that game, "We are a little frustrated. We play well for a couple innings, then we make one error after another and can't seem to battle back."

In the consolation side of the bracket, High Plains met up with a familiar foe in the Southwest Sox. Again, they had saved their "ace flamethrower" Gutierrez for the Twisters. Gutierrez had found his groove striking out 5 of 6 in the first two innings. Will Pacino was doing a good job pitching only giving up 3 runs to the mature bodied Sox hitters. The rally came in the third inning when hits from Nelson, Mitchek, a Vazquez bunt and a liner by Pacino, and also a well-timed hit from Brennan Framel plated 3 runs to knot the score. Coleman came in relief but was limited by pitch count. Adyn Hough and Uhland finished the game on the mound. One of the highlights of the game was a nifty double play from Eaton at second base to Coleman at shortstop over to Nelson at first base. The Sox were able to tack on some insurance before the time limit and hold onto 9-3 win.

"Overall, it was a beneficial weekend in the aspect of getting some experience. We played really well at times but very rusty at others. I think the kids had a good time and I felt we competed well with teams that are at mid-season form."

The High Plains Twisters 13-year-olds plan to take their show back to Garden City for the annual Jim Clanton Memorial Tournament on June 27-28.

The High Plains 13U team finally were able to play baseball over the weekend as they traveled to Garden City for a two-day tournament. Kansas has been playing organzed baseball for many more weeks than Colorado, but this group of playrs competed very well with some good teams. Photo: Monica Uhland