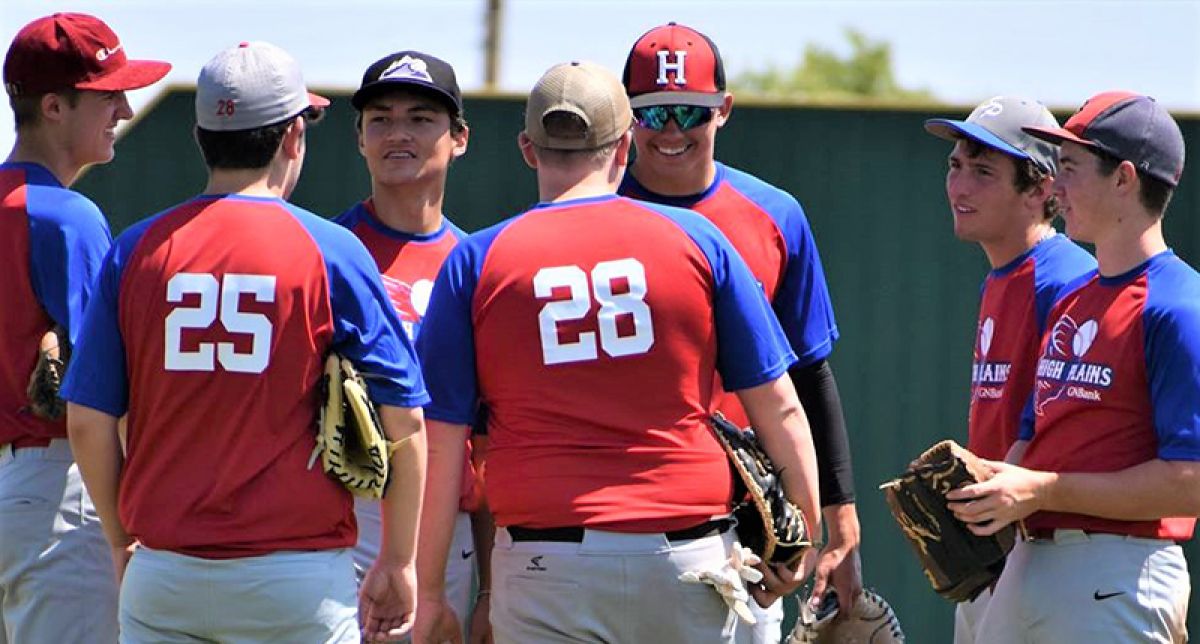 As everyone is aware, in mid-March of this year our world as we knew it changed to a point that nearly everything was closed up tighter than a drum--- even schools were closed with only three quarters completed. And, along with the schools closing the high school spring sports seasons of Track & Field, Baseball, and Girls’ Golf was canceled, as well. 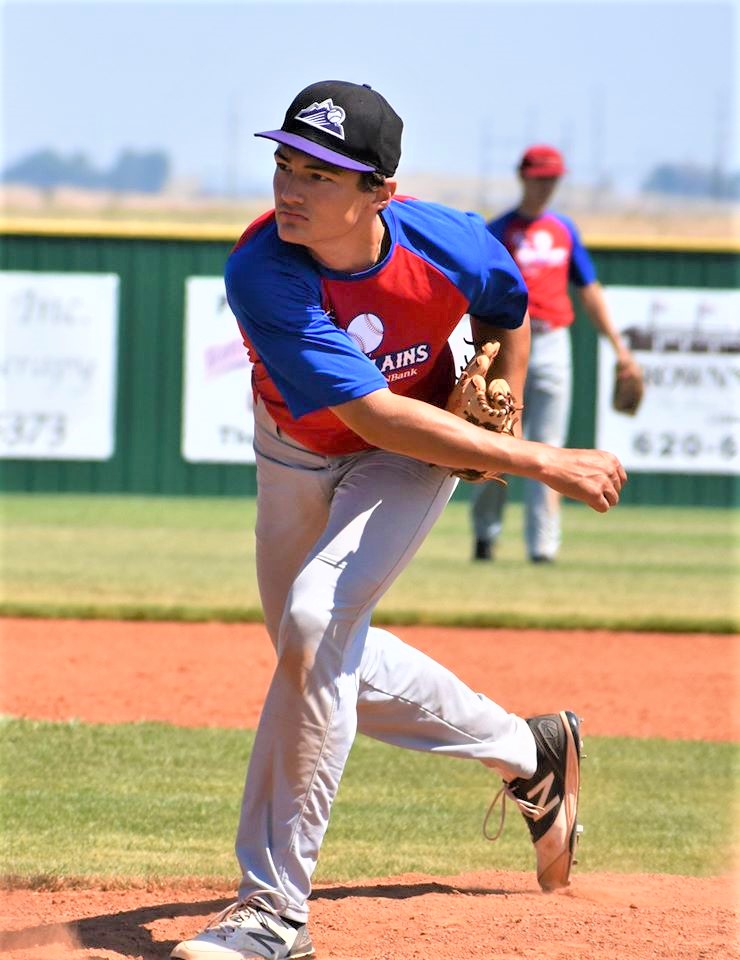 Dominic Coleman, Granada rising junior, put some time on the hill for the Hi-Plains team over the weekend. Photo: Wilson Photography

But in Liberal, Kansas over the weekend the long-lost baseball season was found once again as area high school players came together to form a 17U baseball team that competed in their first games since more than a year ago.

Chad Rouse and a handful of other coaches have been working with various ages of baseball players from 13 years and up. They took the teams to Kansas over the weekend, where finally---finally they got to compete in a game they all love. Players are coming from all over including Eads, Plainview, Holly, Granada, Wiley, Kit Carson and Cheyenne Wells. It’s been a good experience. Rouse simply says, “It was good for the kids to get to play.”

The 17U Hi-Plains team went 1-2 over the weekend winning their first game on Saturday and then losing on Saturday night and Sunday morning.

In the first game Hi-Plains took on the Garden City Blues and controlled them to an 11-2 victory. With it being early in the season, Rouse was able to use multiple pitchers, none of which have arms in shape yet. In this game give the win to a team effort of three hurlers who got the job done. Dominic Coleman from Granada put in 1.5 innings of work, followed by Dakota Eaton from Holly who added another 1.5 innings. Brandon Lening from Eads finished the game in the fourth inning.

Despite a long hiatus the bats for Hi-Plains were hot in this game. In the first inning they scored three runs off of singles by Eaton, Hatch Nelson, Coleman, Brigden Parker and Cade McDowell. Two more runs came across in the second inning with Bo Cooke pulling a walk and then scoring on an Eaton double. Nelson then walked as did Coleman. Cade McDowell then came up and knocked Eaton in on a nice single.

One more run came across in the third inning as Joe Haase scored after starting the inning with a double. Lening had a single to move Haase and Cooke then scored Haase on a sac fly to right field.

In the fourth, Rouse showed he has some major depth on the team as a whole new lineup came to the plate. Ty Wilson started out the at bat with a single, Coleman then added a single, and Damien Barnes hit Wilson in with yet another single. AJ Vasquez got a hit to juice the bases for Donte Sierra whose base hit scored Coleman.

Finally, in the fifth inning, the Hi-Plains boys extended their lead when Lening and Cooke drew walks and were brought in by Eaton with a 2 RBI double. Wilson then hit a second double scoring Eaton.

It was a good start but after that exceptional game, the Hi-Plains team met up with some serious competition from two Kansas teams that have been playing for some time now. They would lose big to the SK Elites from Dodge City, 15-0. In that contest HP only managed to get a couple of runners on base throughout the contest.

In the SK Elite game, the pitching duties were given to Zack Fowler with one inning, Nelson had 3 innings, and Barnes put in one inning on the mound.

In their final game of the weekend HP came up against the Liberal Rattlers and gave them a good contest. They would eventually lose the contest 5-0.

It took Hi-Plains three innings to get someone on base when Cooke finally managed to pull a walk with two outs in the third. However, HP failed to take advantage. But, by the fourth inning, the HP boys found a little momentum with Coleman starting them out with a single to left field, followed by McDowell with a second single. Wilson then walked to juice the bases, but the next batter up grounded out for three away. By the fifth inning Eaton managed a hit, but the HP group couldn’t string anything substantial together.

Coleman really did put in a strong game on the mound going 3 innings of effective work. Eaton then took over for two more innings.

Now that COVID-19 seems to be in the rearview mirror, at least until fall, the fun isn’t over for the Hi-Plains boys as they will head back to Garden City, KS next weekend where they will compete in another baseball classic tournament.

Cover Photo: Wilson Photography. The Hi-Plains 17U team, consisting of area high school players, finally got to play baseball in Kansas over the weekend.