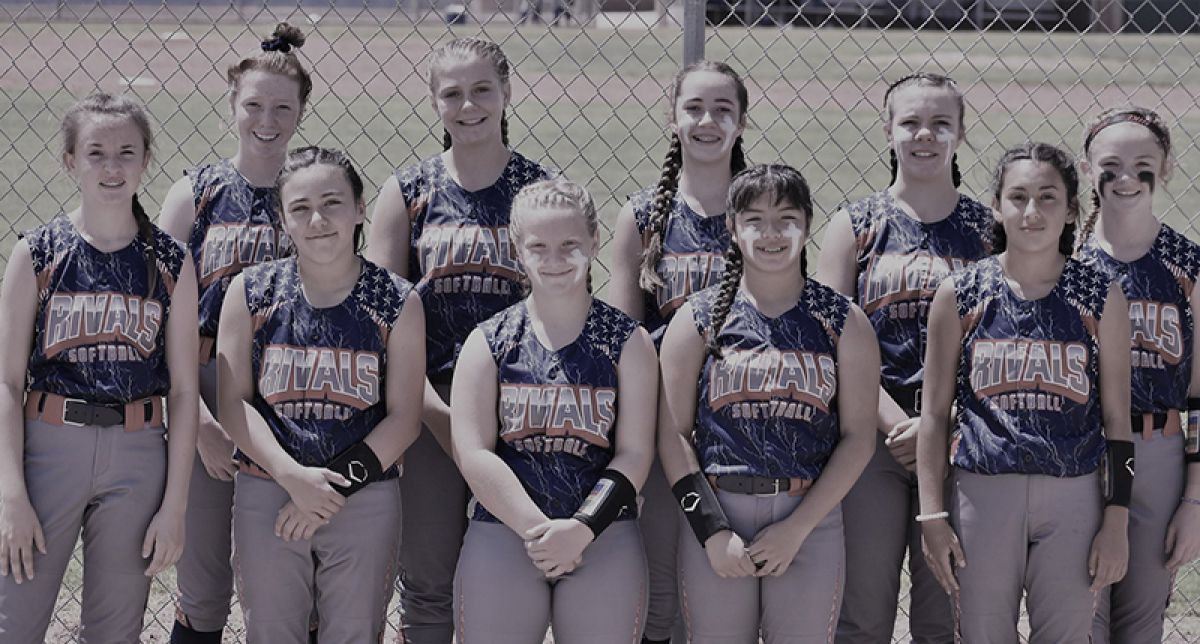 12U RIVALS IMPRESSIVE AT LOVELAND TOURNAMENT

Last week the 12U Rivals team played in their first tournament of the season in Lamar. In that tournament they got a lot of good experience and lost in the semifinals to the eventual champions from Guymon, OK. This week they traveled clear up to Loveland and competed very well in a tough tournament that saw them win three and lose two. They would lose in the semis to the eventual champions, 10-3.

In their first game bright and early on Saturday morning the team took on the Colorado Springs Thunder and lost an 8-0 lead, eventually losing 10-8. Lexi Shotton took the circle for the Rivals and threw one inning that included 2 strike outs and 3 earned runs. Dixie Bitner then took over for the last two innings and battled with the Thunder’s strong bats. 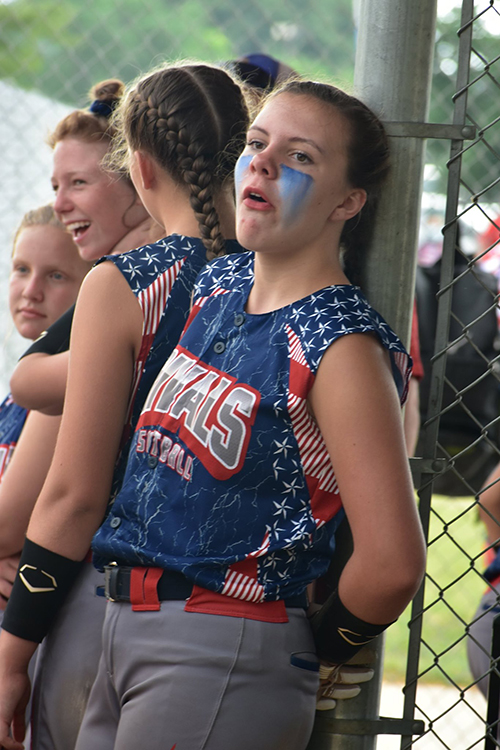 Anna Wollert collected a phenomenal four home runs in the 12U Tournament in Loveland over the weekend. Photo: Wilson Photography

The Rivals grabbed the lead early 2-0 after Shotton held the Thunder off in the first. Bitner, in the two-hole, would get a hit with one out and would score off a two-run homer by Anna Wollert. However, the Thunder came back in the second inning and scored six runs, mostly off of walks. The southeastern Colorado girls came back and tied the game, 8-8 in the bottom of the second. In that inning Bailey Sierra started things off with a single, followed by hits from Mady Daniels, Melanie Salcedo, Shotton, Khloe Fernandez and Bitner. That left Kara Wilson to bring home the loose runners with a double. Unfortunately, the Thunder came back and grabbed two runs to win the pool play game.

In that first game Wollert had 2 RBIs while Fernandez, Shotton, Bitner, Salcedo and Daniels each had one. The team had 9 hits including 2 each from Sierra and Bitner.

In the second game of pool play on Saturday afternoon the Rivals enjoyed a good win over the Colorado Wild, 9-4. In that contest Salcedo started in the ring for one inning and then gave the ball up to Daniels for the second inning. Salcedo struggled a bit with 8 walks but struck out one only giving up two runs with good defense behind her.

Offensively, the Rivals jumped on the Wild’s lead and finished the first inning with a 4-2 advantage. They never looked back from there. They would score four runs in the first inning when Fernandez and Bitner each drew walks. Kara Wilson then hit a three-run homer to ignite her team. Wollert followed with a homer of her own---her second in as many games. The Wild was held scoreless in the second inning, but the Rivals added five more runs in that stanza. Salcedo and Shotton arrived with singles. Fernandez then came up and hit a three-run homerun. Bitner and Wilson also scored off of singles with Wollert pulling the string for the RBI’s.

That game saw the Rivals with three dingers coming from Fernandez, Bitner and Wilson. They would have 7 hits altogether with Wollert and Wilson having two apiece.

Pool play continued into the late afternoon on Saturday and the Rivals had perhaps their best performance against the East Central Coyotes winning in a close 7-6 contest. That win was key to tournament seeding for the next day. The Coyotes jumped out to a 2-1 lead after the first inning. The second inning was scoreless, but the Rivals managed to string together six runs in answering a four-run rally by the Coyotes. The local girls held off the run just in time to win the contest.

In the circle for the Rivals was Bailey Sierra who is a hard-throwing rookie with a lot of heart. Sierra would have a complete game and manage to dig deep to hold off a Coyote challenge. In the contest she gave up 6 earned runs by walking 8 and striking out two. However, she only gave up 4 hits in the game getting the win.

The Rivals used an impressive 12 hits in this contest to control the Coyotes. They would score just one in the first inning when Wilson hit a double with two outs. Wollert hit Wilson in with a single, but that would then be it for the production. The rest of the runs came in the third inning. Shotton started the run with a single, followed by Fernandez with an RBI triple. Bitner then came up and pounded out a triple of her own scoring Fernandez. Wilson got a single moving Bitner, and then Wollert brought them in with a double. Sierra would bring in Wollert using another double and would manage to get around and score off a Maddie Wertz single.

Wollert, Wilson and Daniels all had two hits apiece. Fernandez, Wilson and Bitner each had a triple, while RBIs came from Fernandez (1), Wollert (1), Wilson (1), Sierra (2) and Bitner (1).

The Rivals’ exceptional results in pool play on Saturday pitted them against a struggling NC Sting team to start the tournament bracket on Sunday morning at 8 am. The local girls came away with a huge win 23-4 stomping over the Sting. They would use a combination of 16 runs in the first inning and 7 in the second to run out the clock with very little opportunity for the Sting to try to get any offensive momentum going.

Wollert and Daniels shared the circle for this game as Wollert went one and a third innings with scoreless ball until she walked five batters. Before that she had struck out two and had given up only 1 hit. Daniels finished with a strike out and no runs or hits.

Offensively it was probably the most fun this team has had as the bats were warmed up and most effective. Seemingly, everyone got hits, some with multiple hits. The team as a whole had 19 hits and 15 RBIs. That included two homeruns by Wollert which netted her four for the tournament. Quite an impressive stat, indeed. Wollert, Wilson, and Daniels each had two hits apiece, while Sierra, Bitner and Salcedo each had three hits in the contest. Sierra and Bitner also had four RBIs apiece.

The big win in the quarterfinals of the tournament moved the Rivals into a tough semifinal match up with the eventual champions. The Wheat Ridge Cardinals had a strong pitcher that didn’t allow much production from the Rivals They would scatter three runs together, but a tough first inning was where the Cardinals got the advantage pulling ahead, 5-0.

Young Sierra was in the circle for the Rivals but struggled with control walking 7 batters. However, she battled and struck out four with her aggressive style. She would give up 6 hits.

The Rivals got one run in the second inning when Zoe Martinez pulled a walk, as did Sierra right behind her. Martinez got through the bases and scored on a passed ball before the third out. In the third inning Fernandez would start them off with a walk, and Bitner moved her to third with a strong single. Wilson brought in both Fernandez and Bitner with an exciting double to the fence. But that would be all the production the Rivals could muster against the strong Cardinal defense.

The Rivals had 3 hits in the contest including 2 RBIs from Wilson. The hits came from Wilson, Martinez and Bitner.

The Rivals 12U team is really playing some good ball and are getting the opportunity to see teams they never would have if they had not taken the plunge and decided to play ball despite there being a pandemic brewing around them.