Hi-PLAINS 16U LOSES CHAMPIONSHIP 2-1 IN GARDEN

Written by Betsy Barnett on 30 July 2020. Posted in Sports 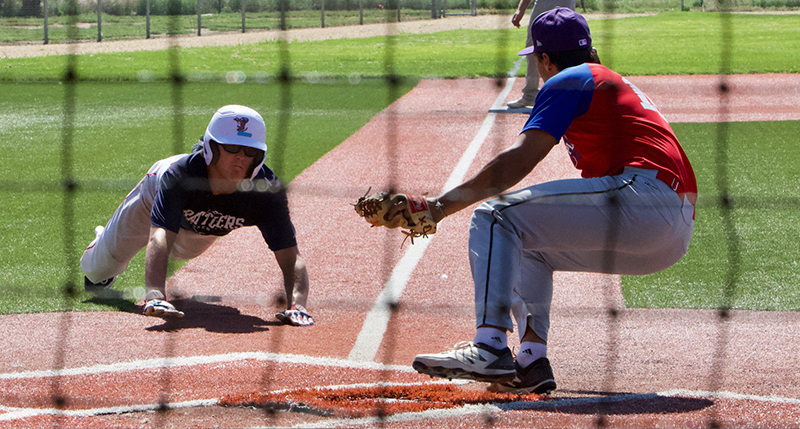 The collection of high school players in southeastern Colorado continued their tournament play in Garden City, KS over the weekend. At the helm, as it has been all summer, is Chad Rouse who insisted the boys should play ball after they lost their high school season because of the COVID pandemic. Since June they have been playing a whole lot of baseball. Rouse and his loyal crew of coaches has taken anyone under their wing who wants to get better. The Hi-Plains teams have consisted of players from Burlington, Limon, Kit Carson, Cheyenne Wells, Plainview, Eads, Holly, Granada and Wiley. It’s been a great experience for both the players and the volunteer coaches who have given up extensive hours to make sure baseball continues despite a worldwide virus.

The Hi-Plains team traveled over the weekend to a tournament in Garden City and came away with a near first time championship losing to the very tough group from Liberal, 2-1 in the championship game. They started pool play on Saturday and the HP group pulled the Liberal card right away losing 9-4. They would come back and defeat both the Garden City FC Blues and Scott City. But, in the championship their summer nemesis, Liberal, just managed to win on a bad hopper at third base that could have gone either way. Sometimes the baseball gods are not kind.

Michael Gutierrez from Burlington was on the mound to start in Game #1 of pool play against Liberal. Gutierrez would go two innings giving up just one run. Out of the bullpen came Brandon Lening from Eads who had a tremendous two innings in the third and fourth giving up no runs. Lening would hand the ball to Dominic Coleman from Granada who battled through the fifth inning giving up no runs. However, in the sixth the wheels fell off as Coleman struggle somewhat and finally was forced to relinquish the mound to Ty Marcum from Burlington with bases loaded and no outs after he had walked in a run. Marcum’s situation was not ideal. He gave up a couple of hits, but then the Hi-Plains defense collapsed under the pressure with unforced errors and gave up 8 runs. Before that sixth inning the HP boys were leading Liberal 3-1. Hi-Plains would score one in the bottom of the sixth inning, but the large deficit was too much to overcome and they would lose their opener, 9-4.

Next up in pool play was the Garden City FC Blues. In earlier tournaments, the Hi-Plains boys would have struggled to overcome such a disappointing loss and would have allowed a solid FC Blues to defeat them. However, now the HP group has developed a lot of confidence and it allowed them to use their hitting to grab a 14-4 win. Rouse was particularly happy with his team’s performance at the plate stating, “We hit the ball very well in that game.”

Brady Rockwell from Limon started on the bump for Hi-Plains and went two innings of solid play. He would hand the ball over the Ky Bandy, also of Limon, who carried the team through the third and fourth innings. Finally, Marcum shut the door on the FC Blues in the fifth inning winning on the 10-run rule.

The next day Hi-Plains took on a strong Scott City team in the tournament semifinals. Coleman was on the bump and went three complete innings of strong work giving up just one run. Rockwell carried the team through the fourth and fifth innings allowing no runs. Marcum, for the second game in a row, came in strong in the sixth inning and closed the door on Scott City in the seventh giving up no more runs. 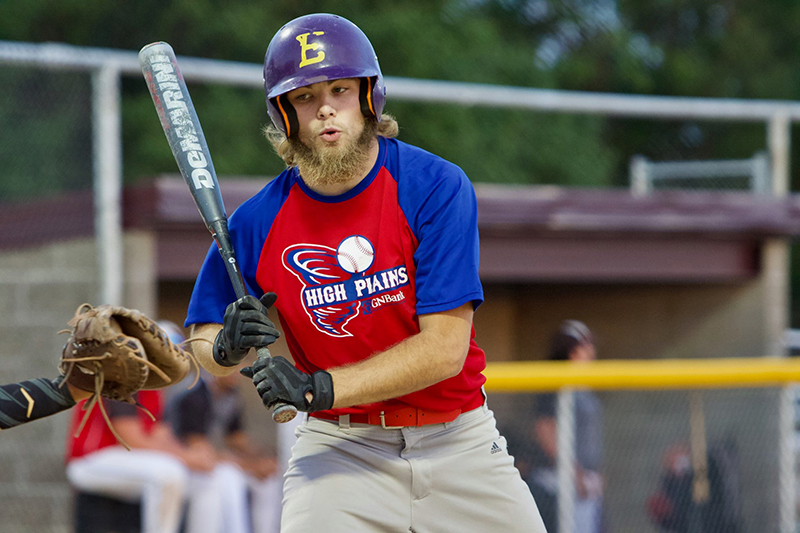 Zack Fowler from Eads takes a close strike during 16U action in Garden City over the weekend. Photo: Inspired Freedoms Photography- HHM Productions

Offensively, the Hi-Plains group showed a strong performance at the plate. In the first inning they scored 3 after Scott City had managed to slip one by Coleman. HP went scoreless throughout the bulk of the game as the score stood knotted at 1-1 for five innings until things got interesting in the sixth. In that inning HP had bases loaded with no outs and the Scott City pitcher had elected to pitch out of a full wind up. The HP coaches called for a suicide squeeze with Coleman, who has exceptional speed, on third base. Hunter Tracy from Burlington laid down a beauty of a bunt as Coleman came barreling home. The catcher had to pop up trying to get to the bunt, hurried his throw to first, and caused an error that cleared the bases. However, a call from the umpire stated Coleman had clipped the catcher when he popped up and HP got called on interference which meant Coleman was out and they only got one run out of the error. However, Garrett Richardson, also from Burlington, stepped to the plate and drove the other two runners in on a strong double leaving the score at 6-1.

The Hi-Plains boys gave Liberal all they wanted and then some in the championship game. Guiterrez started on the mound and had a phenomenal five innings of work giving up just one run in the first inning. Lening closed the show pitching in the sixth and seventh innings. He held Liberal in the sixth. HP came back in and scored a run in the top of the seventh to tie the game. However, in the bottom of the seventh with two outs a blooper to third base, that could have gone either way, took a bad bounce resulting in a run. Liberal grabbed another championship, 2-1, over the HP boys. Rouse was pleased with his defense commending the Eads players AJ Vasquez who played first base, Lening in the midfield, Zack Fowler who played the corners and Donte Sierra who held down right field.

According to Rouse, “The summer has been amazing. We’ve had a lot of fun, and the coaches are just happy to work with anyone who wants to get better.”

Through this season they have worked with nearly 50 players which is an amazing accomplishment of its own. The summer baseball season has now come to an end, but what a season it was for the area high school boys---especially when it looked like it was going to be a complete and utter failure. That’s what happens when people commit to each other.