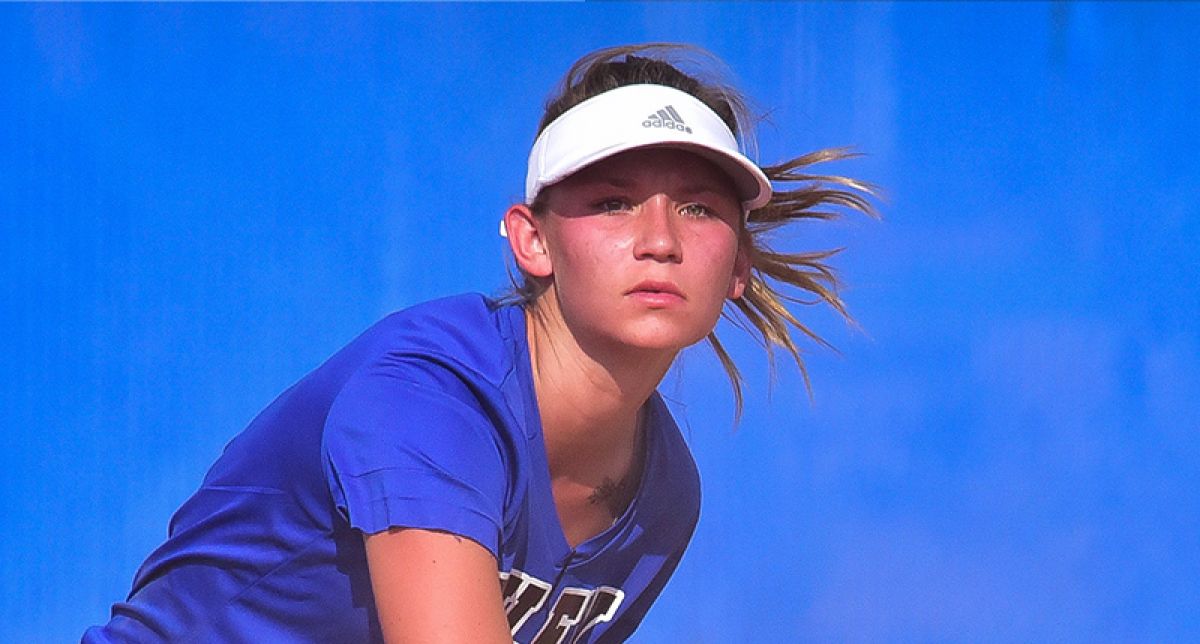 It’s been a well-known fact for many years that the girls in southeastern Colorado can play a mean game of softball. The summer programs in the small towns on the plains and into Lamar have enjoyed some great coaching, good facilities, and competitive and successful programs. They’ve been in the Babe Ruth Association for many years, especially in the younger age groups, but recently many local girls have begun to travel with other local players to big tournaments in Kansas, Oklahoma and on the front range.

That fact has played a large role in the game a couple of hundred people watched at the Lamar Softball Complex on Saturday between two local teams located, literally, some 10 miles apart. In fact, they are so local that both teams have players from the schools of Eads and McClave, setting an interesting dynamic.

Lamar Head Coach Austin Adamson said his team hit the ball fairly well against Wiley, but most of the hits went right to a Wiley defensive player. “It was one of those games. We hung out 5 including one inning where we had bases loaded and one out.” Adamson concluded, “We always feel good about wins, but tough wins like this can teach us so much more about who we are as a team and we feel great to get out of there with a win on a day where most of the breaks didn't go our way.”

The rivalry was set as the teams played tight ball early in the contest. Adamson thought his players were a little uptight to start the game, “The group from Wiley came to play and made the plays they needed to. We played emotional and tight like a team playing their first home game against a team everyone says they should beat and felt some pressure. However, I was impressed with the heart and determination my girls played with.”

Wiley Head Coach Jeff Bollinger agreed, “Yes it was very exciting at the Lamar game. We were really about an inch away from making the play that I think would have won it for us, but all in all was a great effort. The girls were a little nervous going into the game as Lamar is a very good program and is at a state tournament level competition. After the first few innings and making several mistakes we settled in and started to hit the ball very well. We had 8 hits in all off a very good pitcher. Macy Rowan shined on defense with several spectacular plays at shortstop and our freshman pitcher consistently threw strikes and kept them off balance with pitch selection and location.”

The fans in southeastern Colorado got to see a couple of good pitchers including freshman Bethany Summers for Wiley and the junior from Granada Shania Sigala for Lamar. The defense from both teams was solid getting a great deal of action.

Lamar jumped on Summers in the first inning, just a bit, as Jayda Hernandez, in the one hole, hit a single to start the game. Summers came back hard, though, and struck out the next batter. The following two batters also went down by ground outs, but not before Hernandez had managed to get around and score on a fielder’s choice.

While Sigala kept Wiley off the scoreboard, Lamar would grab one more run in the bottom of the second and another in the bottom of the third. Jaidyn Branom arrived on an error as the first up in the second inning. She would eventually come around to score while Summers worked on getting the next three batters. In the third, Jenea Gallegos would be the only batter Summers allowed on as she pulled a walk with one out. The junior would hustle her way around the bases as Summers worked on two more ground outs to end the inning.

Wiley started messing with Lamar in the top of the fourth inning. Rachel Kopasz, an Eads freshman, started the inning from the three-hole with a strong single. She would move to second when Ellie Page was hit by the pitch. With two aboard for Lamar and two outs Taira Weber hit a hard single that resulted in two throwing errors by Lamar on the same play scoring both Kopasz and Page. After four complete innings Lamar was up, 3-2.

Wiley then grabbed another run in the top of the sixth to tie the score. With one out Weber hit a single and then moved into scoring position as the next Panther went down swinging. Now with two outs, Weber would score on a Lamar error when Summers got the ball in play. The run tied the game with the final inning coming up.

Wiley challenged in the top of the seventh scoring one run to take the lead. Wiley senior Macy Rowen got aboard with a single. A ground out and a strike out later and Rowen had not moved too far. McClave junior Anna Beckett then came to the plate and guaranteed Rowen would score smashing a triple to the fence. Wiley now led 4-3 and had put all the pressure on the experienced players from Lamar.

Coach Adamson gave a commentary on the action, “We had a bunch of selfless offensive plays in the game, but the biggest may have been a bunt laid down in the bottom of the seventh by our number 2 hitter, Jenea Gallegos, one on which she reached to load the bases. Then Lauryn Reyes smashed a ball into the gap which was her third hard hit ball of the game, but first one to not find a glove, and won the game for us. The girls showed a ton of heart to grind out at-bats to reach with clutch hits.”

Summers took the loss for Wiley putting in a strong complete game performance giving up 10 hits and 2 earned runs. The talented youngster walked one and struck out a phenomenal 12 batters. The calm presence of Sigala in the circle for Lamar was the difference in the game as the junior headliner went the distance giving up 8 hits and one earned run. She walked three and struck out 6 batters.

For Wiley it was Rowen leading the way offensively going 3-for-4 including a triple. Weber had 2 RBIs and went 2-for-3. Kopasz had an RBI and put herself on base every time walking twice. Summers helped her cause with an RBI, while Beckett’s triple nearly broke Lamar before they gained their composure.

For Lamar it was Gallegos who went 2-for-3 and Hernandez led going 2-for-4 on the day. Reyes was the hero of the contest going just 1-for-4 but making the one count with a double that scored 2 RBIs. Branom also added a double in a key situation earlier in the game.

The Wiley and Lamar JV teams also got some field time on Friday with Lamar winning, 12-1. Adamson was pleased with the maiden performance of freshman pitcher Dianeyd Lopez. Kyra Sheridan from Eads was one of the only Wiley players to get a hit off of Lopez.

Wiley then turned around the next morning and traveled to Fowler where they met up with 4A Alamosa for two non-conference games. In the first game they defeated the Mean Moose, 14-3, and Wiley also grabbed the win in the second contest of the day, 9-1.

The Mean Moose had issues with their pitching as they walked 16 Panthers in the two games. Leading at the bat were Rowen, Weber, Kopasz, Maggie Chase, Page, and Beckett.

This week Lamar has a true challenge in the very tough Rocky Ford group when they host the Lady Meloneers on Tuesday, September 1 at 4:30 pm. Things don’t slow down as the Lady Savages have a date with La Junta on Thursday, September 3 at 4:30, as well. Both games are key conference contests.

Wiley will be back on the field on Tuesday hosting two contests with the Wray Eagles at 3:00 pm. They will travel to La Junta next Tuesday, September 8 for a 4:00 pm contest. The Lady Panthers then finish off next week at Faith Christian on Thursday, September 10.

"We gave them their first 2 runs on two throwing errors on the same play. Their third run came via a two out ground ball error. We kept plugging away. We loaded the bases with 1 out and didn't score which was a huge credit to both their pitching and defense. We had a bunch of selfless offensive plays, but the biggest may have been a bunt laid down in the bottom of the seventh by our number 2 hitter jenea gallegos which she reached to load the bases. Then lauryn reyes smashed a ball into the gap which was her third hard hit ball of the game but first one to not find a glove and won the game for us. The girls show a ton of heart and grind out at bats to reach with clutch hits" Says Austin.