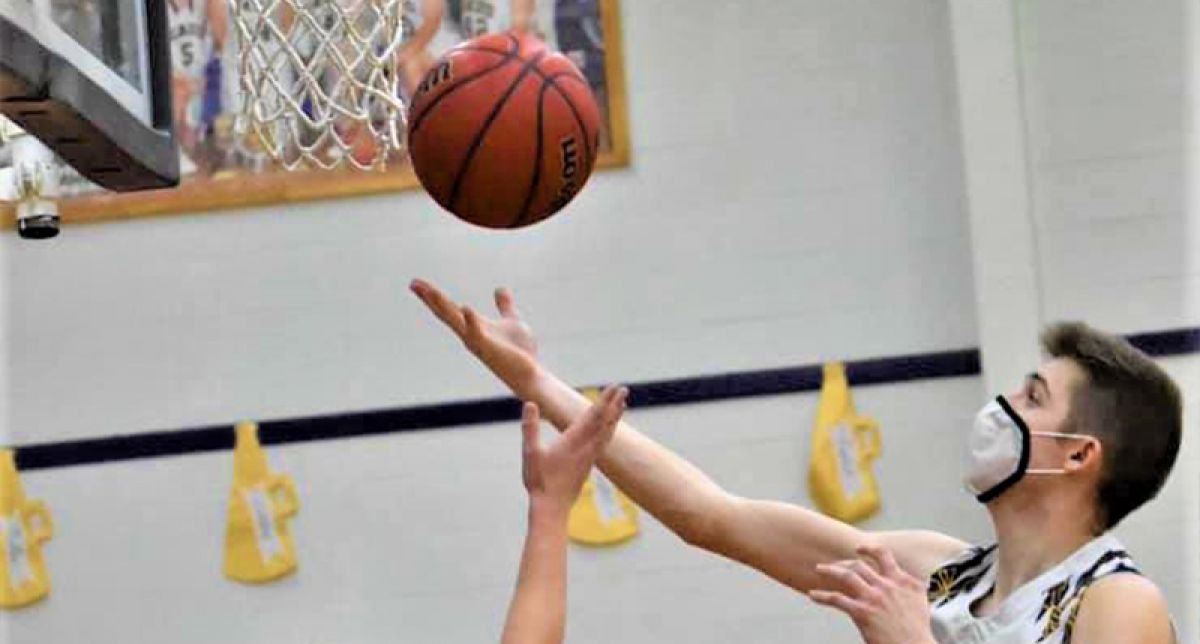 The Eads Eagles were short a couple of players including last year’s all-state player senior Damien Barnes but still managed to put in a strong performance on Saturday night against 2A Las Animas who brought a feisty group of players to the Eads arena.  When the dust cleared Eads’ half court trap defense caused the Trojans major issues in a 73-19 win.

Coach Marcus Gilmore, in his fourth year at the helm, said, “It felt good to finally get the season going and sew what we looked like.  We are able to do some different things this year so last night was a lot of learning time for us.  We definitely have some things to work on, but I didn’t think our effort was one of them.”

It was a fun game to watch as the Eagles came out in their 1-3-1 extended zone defense and forced the Trojans to throw up a number of bad shots.  Despite not having their best rebounder the rest of the Eads boys picked up the difference in a big way getting a number of strong boards.  They quickly figured out they had the opportunity to run the ball and scored a number of layups in the transition game.

Freshman Porter Spady controlled the ball along with senior guard Brandon Lening.  Eads scored in double figures every quarter including an impressive first half of 20 points in the first and 22 in the second.

The bulk of the scoring was done by Spady and juniors Ty Wilson and Cade McDowell.  Seniors Hatch Nelson and Joe Haase played key roles on the boards.  Coach Marcus Gilmore was able to get everyone a lot of good time on the floor.

Gilmore liked what he saw, for the most part, from all his players, “It felt good to see us play well and still have plenty to take back to practice and learn from.  It’s a short season this year so getting the season going in the right direction for all these guys is more important than ever.”

As the game continued the Las Animas team got frustrated when the wheels fell off in the fourth quarter.  They would have four players foul out including an intentional foul and a technical foul in the final stanza.  The frustration never went away as the Eads defense created a goose egg for the Trojans in the final period.

Spady had a break-out first game of his high school career with 24 points, 5 assists and an amazing 9 steals.  McDowell added 14 points, including two 3-balls, and 6 rebounds.  Wilson added 11 points and pulled down 6 boards.  Nelson had 6 points, 4 assists and 3 steals.  Haase had 4 points and 6 boards.

Gilmore and his Eagles have a big weekend ahead and if he can get his boys to continue to improve and play hard, they should have another successful couple of games.  They start out at Hi-Plains on Friday night in a non-conference game.  Eads will then host a conference game with Wiley on Saturday.  All games are important in Season B so Gilmore will make sure his boys are ready to go.

Cover: Senior Joe Haase was key to the Eads success on Saturday as the he pulled down a number of rebounds in the hard-fought victory. Photo: Wilson Photography