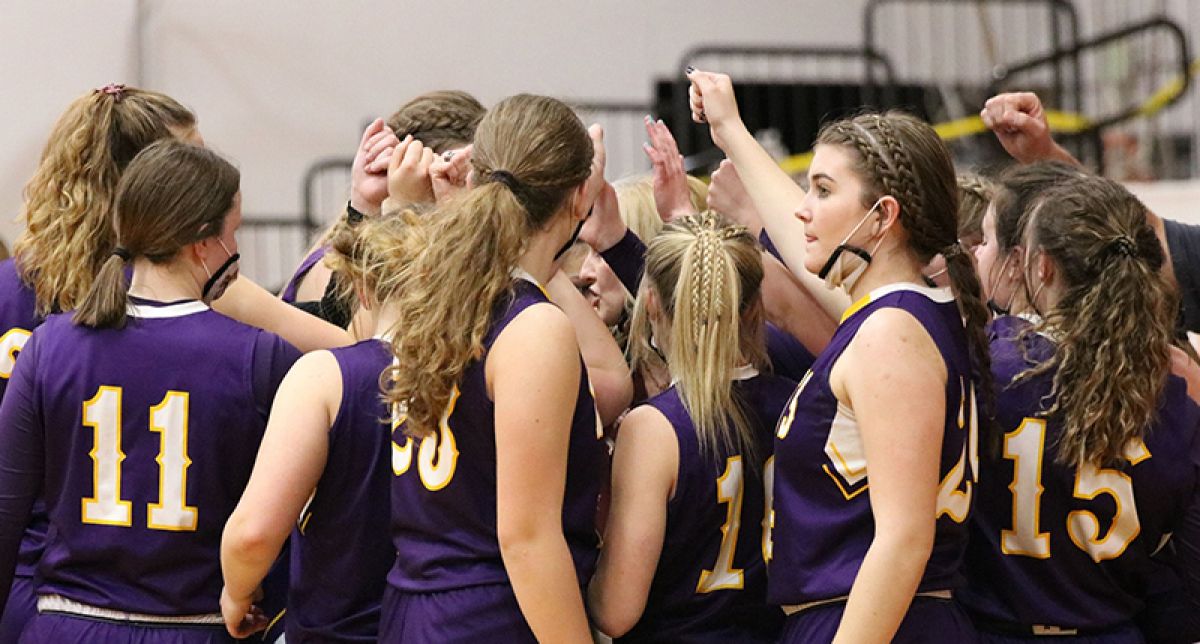 The Kit Carson Lady Wildcats continue to enjoy phenomenal success on the basketball court as they are loaded with an excellent combination of youth and experience, and size and speed.  The numbers are there for Coach Sara Crawford to shift players in an out in units or in varying combinations of size or speed.  Over the past week, the Cats showed how versatile they are grabbing two solid wins including a conference win over Cheyenne Wells, 52-23, and then an impressive win over a very tough 2A team, the Rocky Ford Lady Meloneers, 46-39.

The Cats are perfect at 11-0 and leading the league at 4-0, although they now have a big date with McClave this coming week.  The Lady Cards are also perfect in the league thus far so this game with determine who will for sure have a bye in the first round of the playoffs.  McClave’s only loss has come at the hands of Rocky Ford.

Crawford was very happy with her team’s success over the week saying it was a bit of an up and down week.  In Cheyenne Wells there were 9 Wildcats who got in the book as Crawford was able to substitute liberally throughout.  The Lady Tigers are a very young team overall but battled well against the tough Wildcats staying within striking distance in all but the final quarter.

Freshman Sedonia Isenbart continues to be a scoring threat from the point position as she is a versatile player able to hit the long ball or make a post move inside.  She gets to the bucket well resulting in her presence at the free throw line many times throughout a given game.  On Tuesday night in Cheyenne Wells the youngster scored 14 points, grabbed 6 rebounds and had 4 steals.  Tess Johnson, a tall, strong sophomore is doing a solid job controlling the inside game for the Cats.  On Tuesday she had another double-double with 13 points and 11 rebounds.  Junior Stephanie Framel added 7 points and 4 rebounds, while Tieler Randel chipped in 6 points and 3 boards.

According to Crawford, “Saturday’s game with Rocky Ford was a much-anticipated challenge!  From tip off it was a back-and-forth game with us scoring and them matching our score the next possession.  After the first period Rocky Ford had 17 and only two girls did the scoring for them.  We made some adjustments in the second period and only allowed 6 points.  We went into halftime up by one.  The second half got a bit physical.  We were able to go to the line 14 times making 11 free throws.  In the end, it was a combination of physical defense and smart offense that put us over the top.”

Faye Buttry led the cats with 12 points including a couple of three-balls.  Johnson was again near a double-double performance hitting for 10 points and grabbing 9 boards.  Isenbart had 10 points, including a couple of long balls, 3 rebounds, 2 assists and 2 steals, while Cally Booker-Rady had a fine game with 5 points, 7 rebounds and 3 steals.  Randel was solid adding 5 points.

Friday is a big day for both the Kit Carson and McClave girls’ programs.  It will be a heck of game as both teams are deep, athletic and have state level experience under their belts.  The winner will more than likely have either the top one of two seed in the state for the playoff bracket.