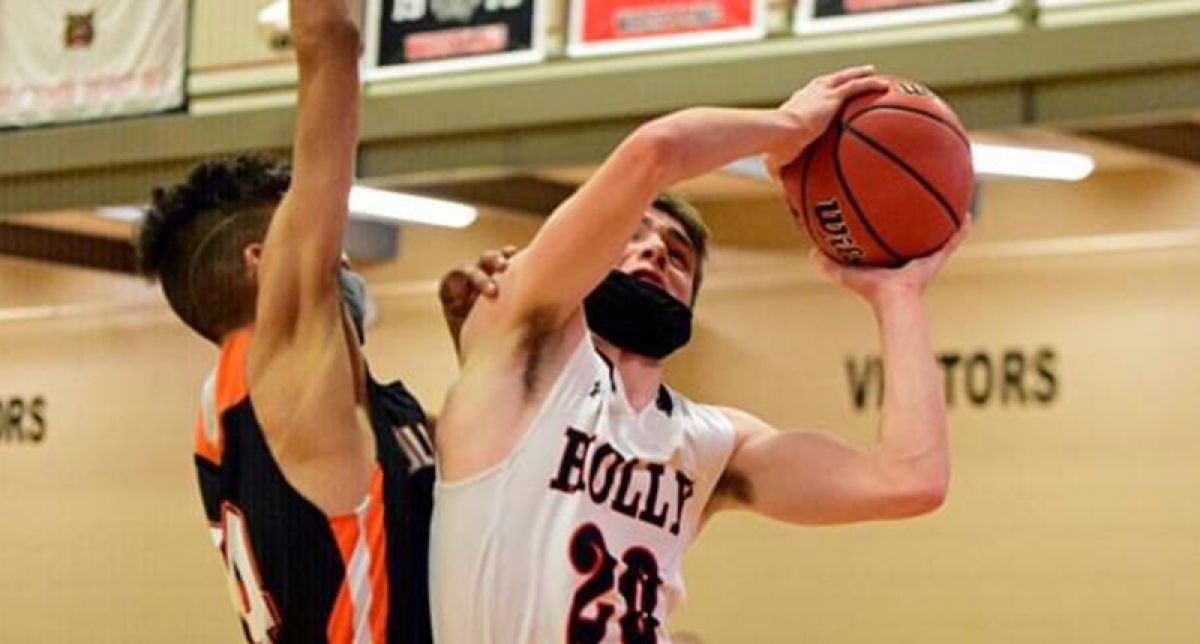 No. 8 Holly boys continue winning ways to move to 9-1 overall

The Santa Fe League boy’s championship title will be up for grabs when the Class 2A No. 8 state-ranked Holly Wildcats clash with the No. 12 state-ranked Fowler Grizzlies on Thursday, March 4 in Fowler. It will mark three games between Fowler and Holly this season. Holly won the first two non-conference games so the Wildcats have to be considered the favorite. The Wildcats defeated the Grizzlies, 56-44, in the third place game of Fowler Tournament on Feb. 13. Holly is coming off a 52-49 win over Fowler which came just last week on the Feb. 25.

The Wildcats (7-0 and12-1) can focus completely on Fowler (7-0 and 8-4) since it is their only game of the week. The winner of Thursday’s game will earn an automatic spot in the Class 2A 24-team state bracket. Holly picked up three wins last week against Fowler (52-49), Primero (75-70), and Crowley County (57-38) to extend its current winning streak to six games in a row. In the game with Fowler, the Grizzlies took a 14-7 lead after the first quarter and held a 21-20 lead at the half. Holly outscored Fowler, 18-14, to grab a 38-35 lead that proved to be the difference in the contest. Both teams scored an identical 14 points in the final quarter. Three players paced the Wildcats in double figures. Josue Avalos scored 17 points (three 3’s), Wyatt Cook 12 (three 3’s), and Dakota Eaton 11(two 3’s). Brigden Parker added 6 points, Jose Magallanes 4, and Omar Moreno 2. Parker added 9 rebounds, Eaton 8, Moreno 8, Avalos 4, and Cook 4. Eaton led the Wildcats with 4 steals.

In a showdown of state-ranked teams, Holly the fourth quarter proved the difference against Class 1A No. 4 ranked Primero. Both teams battled to 19-19 deadlock after the first quarter before Holly took a 33-28 lead into the locker room. In the third quarter, the Bulldogs were on top 52-51 going into the fourth quarter. Holly would outscore Primero, 24-18, in the final quarter to earn the victory. Avalos responded with a career-high 31 points including four 3’s. He went 5-for-5 at the free throw line. Parker responded with 22 points with two 3’s and 4-for-4 at the charity stripe. Cook and Eaton chipped in with 8 points each and Moreno had 6 (two 3’s). Eaton was 3-of-4 at the free throw line. Parker finished with 10 rebounds. Moreno had 5 rebounds, 7 assists, and 3 steals. Eaton had 8 rebounds, 11 assists, and 4 steals.

In the game with Crowley County, the Wildcats held a 36-28 lead through three quarters. Holly then finished with a strong fourth quarter to outscore the Chargers, 21-9. Avalos and Eaton paced the Wildcats with 12 points each and Parker followed with 12. Avalos had three 3’s, Cook chipped in with 9 points, Moreno 6 (two 3’s), and Jose Magallanes and Julian Terrazas both had 2 points. On the boards, Parker grabbed 13 rebounds along with 4 assists and 2 steals. Eaton contributed 4 assists and 5 steals and Magallanes had 2 rebounds, 3 assists, and 3 steals.