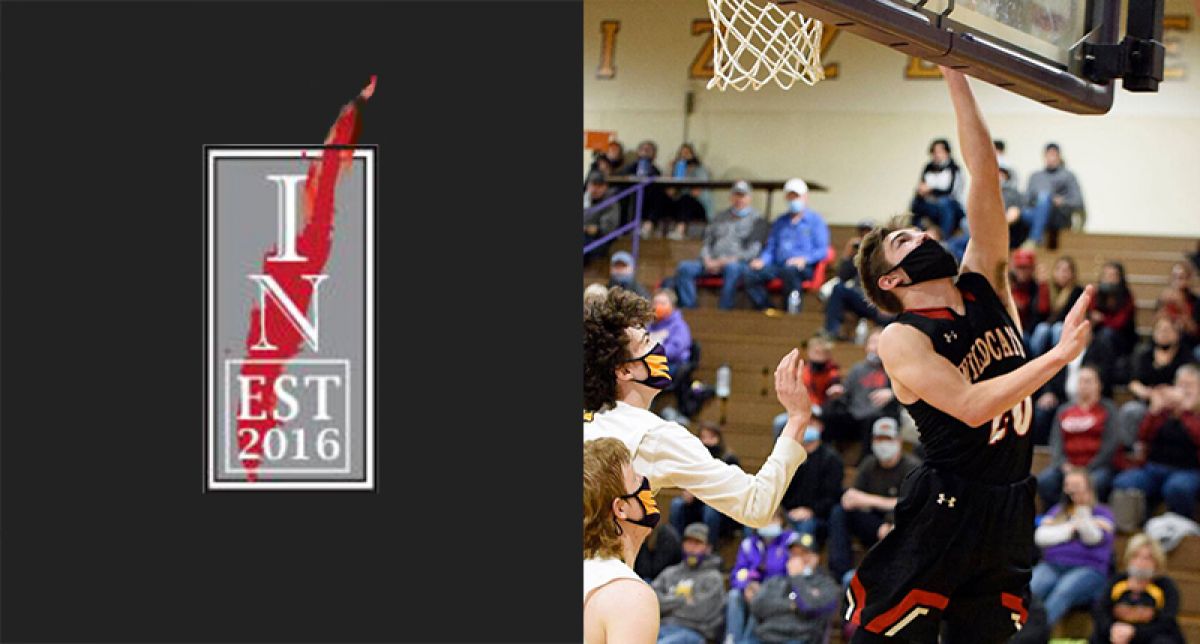 Cover: Holly’s Dakota Eaton scores on a layup during action against Fowler on Thursday, March 4 in Fowler. In a showdown for the Santa Fe League championship, the No. 7 state-ranked Wildcats defeated the No. 12 ranked Grizzlies, 50-47. Eaton had a big game as he scored 17 points and finished with 6 rebounds, 3 assists, and 2 steals. With the win, Holly (8-0 and 13-1) gained an automatic berth and likely a bye in the first round of the 24-team Class 2A state tournament bracket.

In a battle that went down to the wire, the No. 7 state-ranked Holly Wildcats outlasted the No. 12 ranked Fowler Grizzlies, 50-47, to claim the Santa Fe League championship on Thursday night, March 5 in Fowler.

It was the third time that Holly and Fowler squared off against each other this season.

After winning the first two matchups, the Wildcats faced the old adage that "It’s hard to beat a team three times!"

Well, the odds were in favor of Holly in the rubber match.

With the win, Holly gained an automatic berth and likely a bye in the first round of the 24-team Class 2A state tournament bracket.

Holly capped the regular season with an unbeaten 8-0 record in league play and 13-1 overall.  The Wildcats are riding a seven-game winning streak.

The first half was almost all Fowler, as the shots were falling for the Grizzlies and their defense was outstanding.

The Grizzlies took a 6-0 lead with two quick three’s and were leading 11-2 midway through the first quarter.

At the end of the opening quarter, Fowler was ahead 16-8.

The Grizzlies’ largest lead stood 22-8 with 6:47 left in the second quarter as first-year Holly coach Jace Cathcart watched in disbelief.

The Wildcats clawed their way back and pulled within five points with 1:24 left, before Fowler hit a late three-pointer to grab a 27-19 lead at the half.

The second half saw Holly mount a valiant comeback.

The Wildcats got rolling and came out to outscore Fowler, 19-7, in the third quarter to spark a 38-34 lead.

Fowler scored the first 6 point in the fourth quarter to regain a 40-38 lead with 6:17 left to play.

From that point it was back-and-forth.

A basket on a drive by Holly senior Brigden Parker gave the Wildcats a 44-42 lead with 2:43 showing.

It proved to be a lead the Wildcats never relinquished.

A free throw by Fowler drew the Grizzlies to within one-point, 44-43.

With 1:21 showing, junior Dakota Eaton drove the paint for a clutch basket and scored to make it 46-43.

Fowler answered on a driving layup by Gabriel Proctor to keep it close at 49-47.

With three seconds left, Parker made a crucial free throw to give his team a 50-47 lead.

Fowler still had a chance to tie the game but missed a desperation three-pointer from the right corner at the buzzer.

Avalos had 6 rebounds while Eaton finished with 6 rebounds, 3 assists, and 2 steals. Jose Magallanes scored only 1 point but had 5 rebounds.

For Fowler, Leone had 24 points and Proctor had 15.

The Holly Wildcats receive an automatic bid into the 2A Boys’ State Tournament bracket by virtue of winning the Santa Fe League and pulled a #5 overall seed giving them a first-round bye.  They are seeded into Quadrant 2 and will take on the winner of #12 Wiggins (9-5) and #21 Vail Christian (8-4) on Thursday night in Holly.  Game time is TBA and there will be certain COVID rules for fans attending the game.