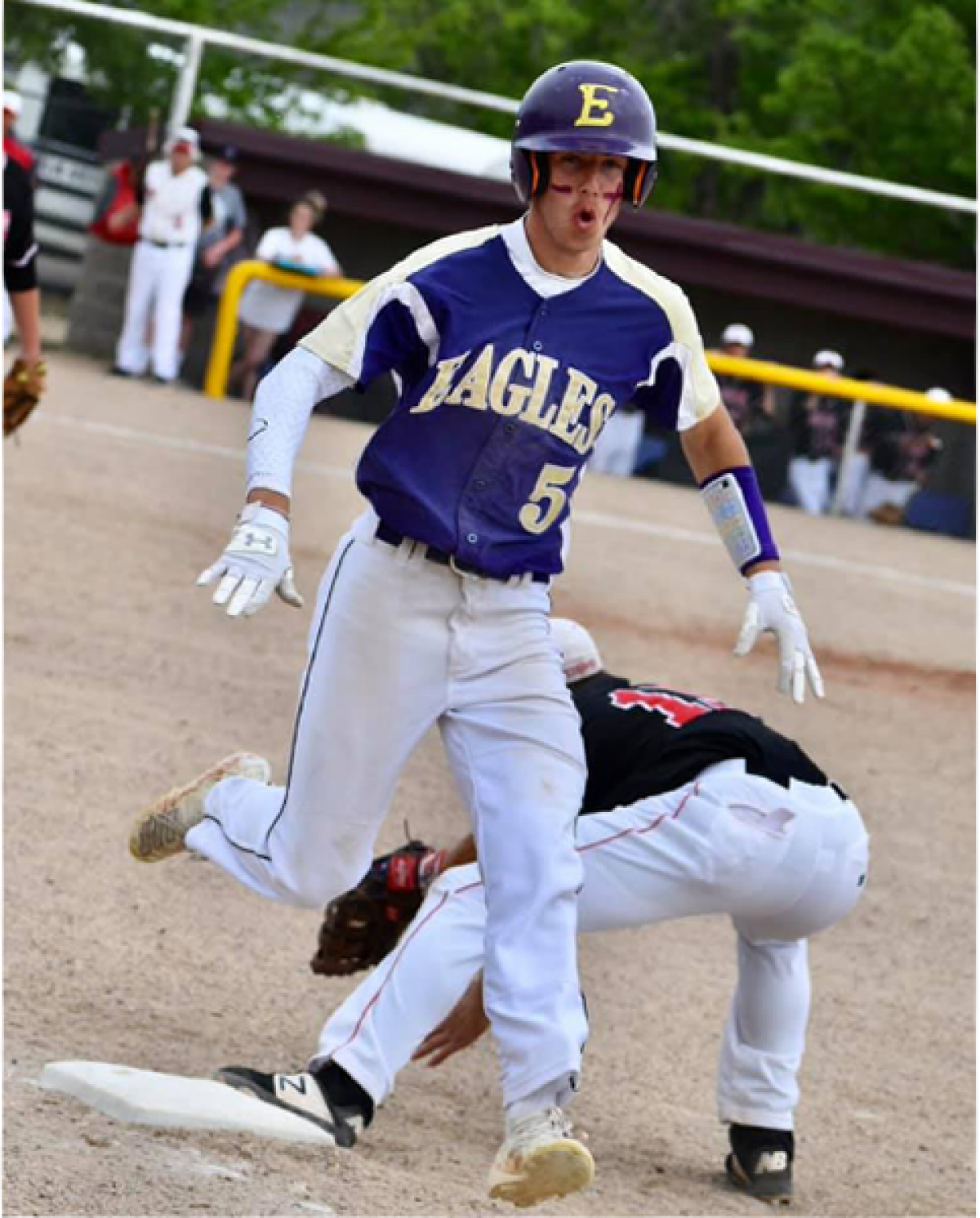 With two outs and two runners aboard in the top of the fifth inning Eads was holding on to a tenuous 2-1 lead over Stratton when a routine third out that would have given the undefeated Eads bunch another win resulted in an error that led to the Knighted Eagles plating two more runs and taking the 3-2 advantage.  Eads, in their last at bat, could not get much going and lost the heartbreaker.  Eads is now 7-1 as we approach the middle of the high school baseball season.

Head Coach Marcus Gilmore was frustrated by the way the Stratton game ended saying, “We just had some key errors in the 5th inning that cost us the game.  We’ve been having a great season.  All this time, though, we talk about how hitting and fielding are keys to victory.  This was one of those games as a team that we will finally be able to see how true those keys actually are.”

The Stratton game was the third of a Tri-Meet between La Veta, Eads and Stratton.  The Eagles met up with La Veta in the first game of the Tri and defeated them soundly 19-1 with freshman Brentley Lening on the bump getting his second win of the season.

Gilmore was pleased with the way his Eads bunch grabbed that first win, “We jumped on La Veta quick and had that game broken open by the first inning.  We had our bats going right away, moved guys around and we ran the bags just like we planned.  Brentley got the start for us and was able to give us another league win.”

The Eagle bats scattered 13 hits around the field and had 8 batters take a free trip to first base.  Cade McDowell had a tremendous day at the plate going 2-for-4 with 2 runs and 4 RBI to lead the way for Eads.  In addition to McDowell, the offensive onslaught for Eads was led by Zack Fowler, AJ Vasquez, Donte Sierra, Ty Wilson, Porter Spady and Hatch Nelson who all had multiple hits and RBIs.

Nelson, Vasquez and McDowell all had a double in the game, while Sierra and Joe Haase added their own triples.

The baserunning for Eads was superb as they committed 13 steals including 4 coming from Sierra and two apiece coming from Wilson, Spady and Nelson.

After sitting out for the La Veta vs Stratton game where the Knighted Eagles dominated the contest, Eads came back onto the diamond to take on Stratton in the nightcap.

Senior Brandon Lening would get the nod on the hill for the Eagles and worked through all 5 innings only giving up 3 hits, 0 earned runs and walked 3 batters.  Lening would strike out 7.  The senior took the loss as he was assigned a wild pitch that scored the winning run from third.

According to Gilmore, “Against Stratton we just couldn’t get anything going.  We would get guys on base and we would leave them stranded.  We managed to get two runs across before going into the last inning and that is where we lost it.”

The Eads bats did struggle against the Knighted Eagles’ ace pitcher getting only 3 hits with 8 striking out.  Eads scored both their runs in the second inning.  In that inning Haase was the first batter up and was promptly hit by the pitch getting aboard.  Haase then went to work and stole his way over to third base while Vasquez was at the plate.  Vasquez struck out swinging but the Stratton catcher dropped the third strike and was forced to go after Vasquez at first.  That allowed Haase to score Eads’ first run.  With one out, Sierra pulled a walk.  Sierra managed to steal second with Wilson at the plate.  Wilson would eventually strike out making it two outs on the field and Sierra in scoring position at second.  Nelson then brought his strong bat to the plate and promptly doubled to right field scoring Sierra.

Just Nelson, McDowell and Wilson would manage to tag the Stratton pitcher with one hit apiece.  Wilson and Nelson each had one double.  Sierra walked twice.  Fowler was hit by the pitch twice as was Haase once.  Fowler had two stolen bases, while Sierra and Haase each stole one base.

The Eagles will now travel to Springfield on Friday and then host another Tri-Meet with Otis and Simla on Tuesday, June 1.