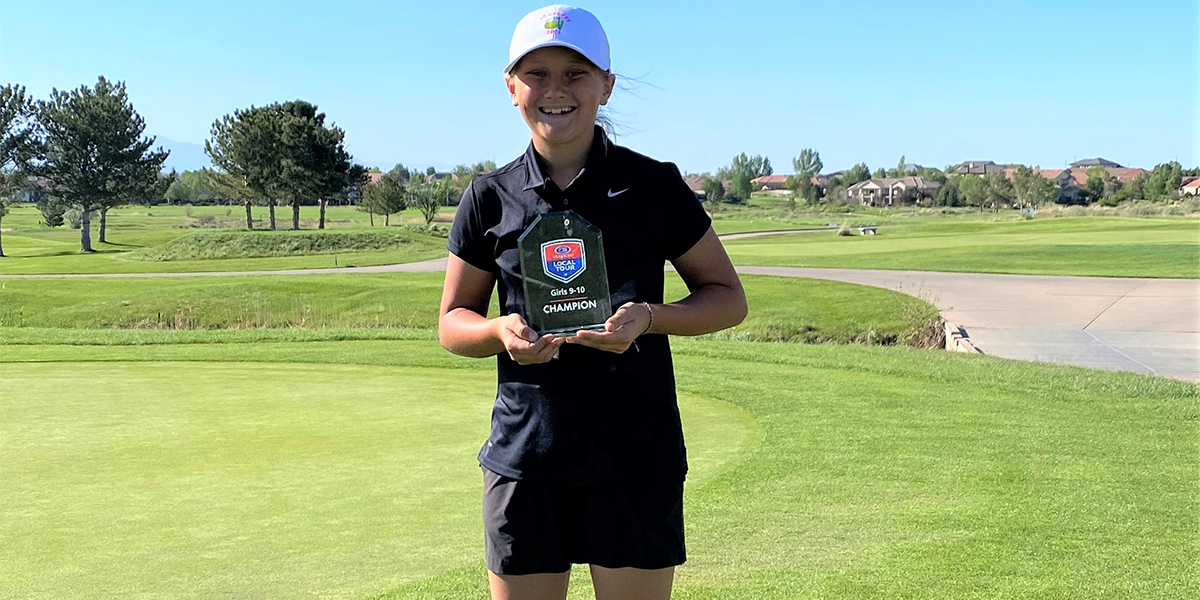 Eads youth Reese Barnett mowed down the competition in the U.S. Kids Golf 9-10-year-old division on Sunday by shooting a +3 over 39 at the Walking Stick Golf Course in Pueblo with the wind howling upwards of 25-30 miles per hour winning her third U.S. Kids Tour Championship in the last two years.

The Spring Tour consisted of six weekend tournaments held at a number of golf courses along the front range of Colorado.  The golfer with the most points, with placings determining point values, wins the overall Tour Championship.  Ten-year-old Barnett competed at four of the tournaments during the Spring Tour winning all four and earning enough points to win the overall championship.

On Sunday at Walking Stick Barnett used six pars and a birdie to overcome a triple bogie on Hole #8 after just missing a long putt and sending it long.  Despite the wind, Barnett managed to keep the ball on the course and was in good position most of the day.

The summer tour is next for Barnett which means the tour will move to the Denver Metro Area.  It also means Barnett will move up in the age division to play in the 11-12-year-old division as she will turn 11 in July.  This will be the first set of tournaments where Barnett will compete for the normal 18 holes instead of the 9 holes required for the younger golfers.