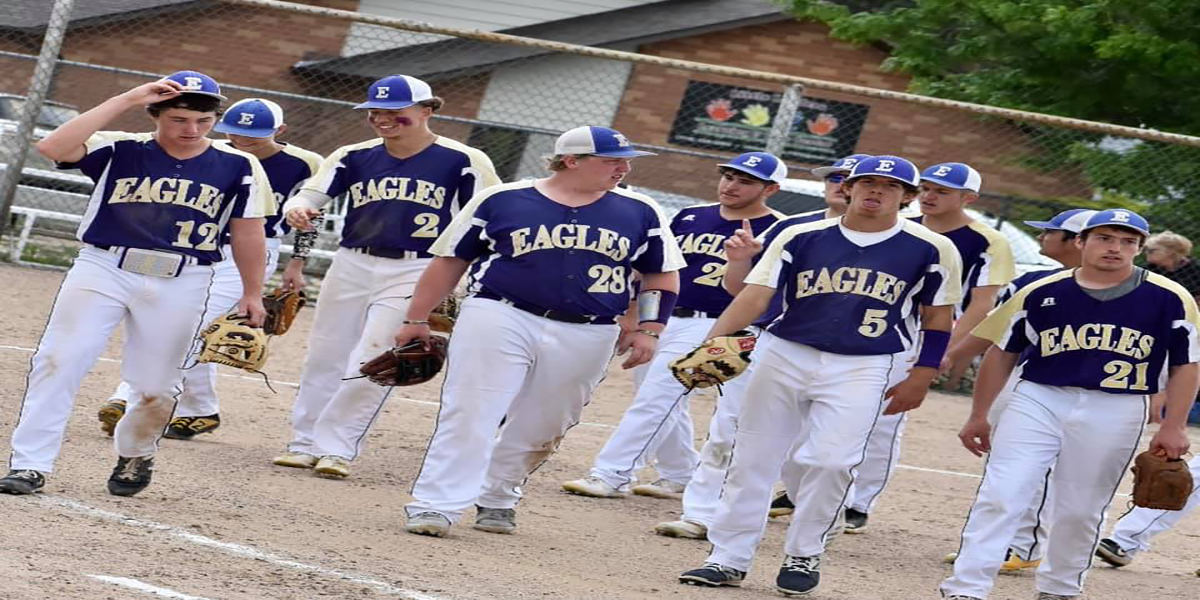 It was a meeting to determine the conference championship between the two top teams who are highly ranked in the RPI standings in Colorado 1A Baseball.  Holly, moving down from 2A, had one productive inning, the first, where they juiced the bases on Eads errors.  Holly senior Brigden Parker, who grew up in Eads until his sophomore year in high school, then came to the plate and crushed a Grand Slam over the right field fence.

That would be the only scoring in the contest as the Eagles settled in and went toe-to-toe with the Wildcats after that very shaky start.

The win seeded Holly in the driver’s seat for Thursday’s District 4 Tournament where two teams will emerge into the state bracket at the Regional Tournament.  The Wildcats will take on #4 Stratton/Liberty at 10am on Thursday in Las Animas.  Eads is the #2 seed and will face off against Cheyenne Wells (#3) at 12:30pm.  Winners advance to the championship game at 3:00pm, but even more important, advance to the Regionals.

Over the long week of baseball, the Eads Eagles were busy as they hosted a tri-meet with Otis and Simla on Tuesday.  Those games went late into the evening, but the Eagles emerged with two strong wins.  They would first defeat Otis, 13-5, and then won the nightcap with Simla, 8-1.  Eads enters the post-season with 10-2 overall record.

Junior Cade McDowell drove in four RBIs on three hits against Otis.  He would have a double in the first and a single in the second to send his fellow Eagles home.

Eads put together a strong second inning where they scored 9 runs on Otis.  Hatch Nelson, McDowell, Ty Wilson and Damien Barnes all drove in runs in that inning.

Wilson was the winner on the bump against Otis going four and two-thirds innings, allowing four runs on four hits, and walking only one.  The junior would strike out five batters.

McDowell went 3-for-3 from the plate to lead Eads.  Zack Fowler stole three bases of the nine steals the Eagles racked up.

Eads scored a run in the bottom of the first inning when Nelson arrived on base after a Simla error.  Nelson then stole second base putting himself in scoring position for freshman Porter Spady’s deep single to center field.

The Eagles added three more runs in the second inning behind the offensive attack by Spady and Fowler, who each had RBIs.

Freshman Brentley Lening was on the hill for Eads in the Simla contest.  The righty allowed only one hit and one earned run over five innings of work, striking out nine and walking just one.

Eads got 5 hits in the game coming from Spady, McDowell, Joe Haase, Donte Sierra and Damien Barnes.  Spady had 3 RBIs while A.J. Vasquez had one RBI, and Barnes added a second.

Eads had 7 steals in the contest with Spady and Nelson grabbing two apiece.  Sierra, McDowell and Fowler each grabbed one.

In the Holly game it was the superior pitching staff that held Eads scoreless.  Brigden Parker started on the hill looking strong by going three and two-thirds inning.  The senior struck out 10 and walked one.

Eads senior Brandon Lening threw for Eads and minus the first inning where Holly grabbed the 4-0 win off the Parker grand slam, had a strong outing going four innings, allowing four runs on four hits, striking out four and walking zero.

Parker only gave up one hit and it would be to Barnes who hit a single just over second base.  Only Vasquez and Sierra would get on base with a walk.

Head Coach Marcus Gilmore commented on the Holly loss by saying, “It’s always tough to take being the losing team in those kinds of games.  We proved how confident we were as a team to be able to hang tough and not give up after that first inning.  A couple early errors and a big hit in the first inning decided the entire game.  That’s baseball!  Brandon gave us a chance to get back in it like he’s been doing all year. He had an amazing game for a loss.  We just couldn’t get anything going against Parker.”