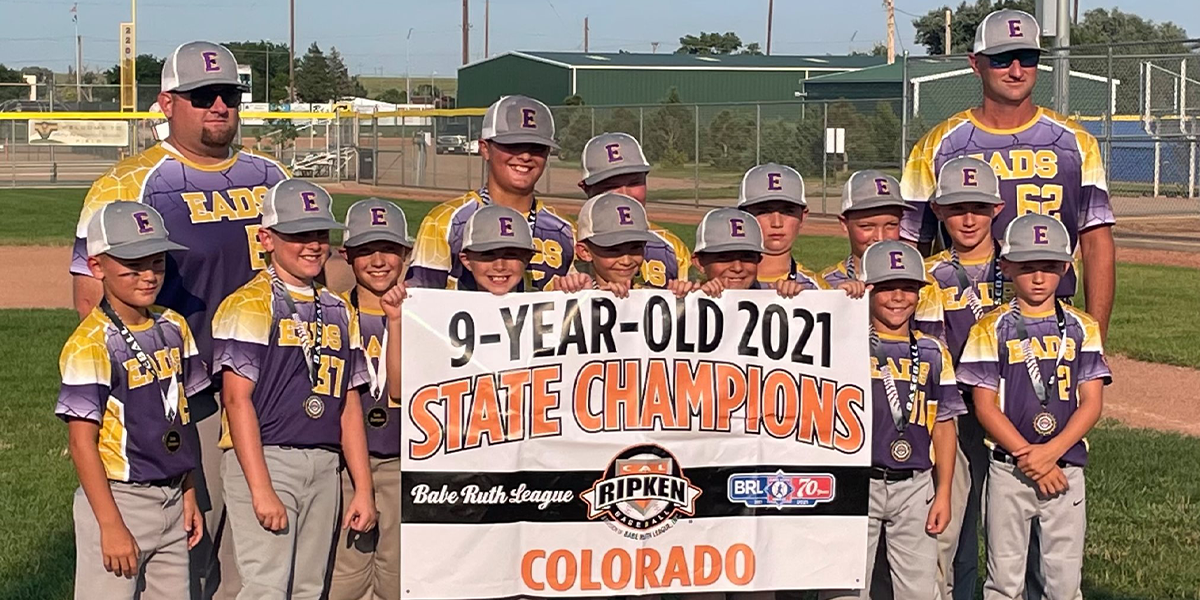 IT’S OFFICIAL -- SOUTHERN PLAINS 9U ARE THE STATE CHAMPIONS

Last week the Independent reported on an interesting story at the Colorado 9U State Baseball Tournament that was held in Lamar.  The local Southern Plains team, consisting of all Eads players except for one player from Kit Carson, mowed down all the teams in the tournament in the preliminary rounds.  But a massive rainstorm came roaring through during the state championship game delaying the contest with a 7-7 tie heading into the top of extra innings.

Since that writing, specifically on Wednesday, the local boys have now been crowned the official 9U Colorado State Champions.  On Tuesday night the Colorado Babe Ruth Commissioner called both Southern Plains and the East Central All-Stars, consisting of players from Limon, Stratton, Flagler, Burlington, Goodland and Colby, and told them the finish of the championship game would be played the next evening, Wednesday, in Lamar at 6:00 pm.

The Eads coaches called a 9:00 am practice on Wednesday morning in order to prep their players for the extra inning(s) it would take to try to win the championship.  The players, coaches, parents, grand parents and fans showed up at the Lamar field.  While Southern Plains was warming up it became apparent that the East Central team was a no show.

That observation became reality as the Babe Ruth Commissioner declared Southern Plains the state champions, distributed the medals over each player’s head, and handed them over the traditional championship banner.  The little boys, although disappointed, were thrilled to finally realize their goal.

The team qualifies for the Regional tournament to be held in Minnesota, but they have elected not to travel that distance---at least for this year.  Hopefully in the future, this talented group of players will get a chance to play at a high level.

In the meantime, the local state champions will display their 9U Colorado State Championship banner at the Maine Street Bash in Eads scheduled for Saturday, July 31st from 11 am to 11 pm.