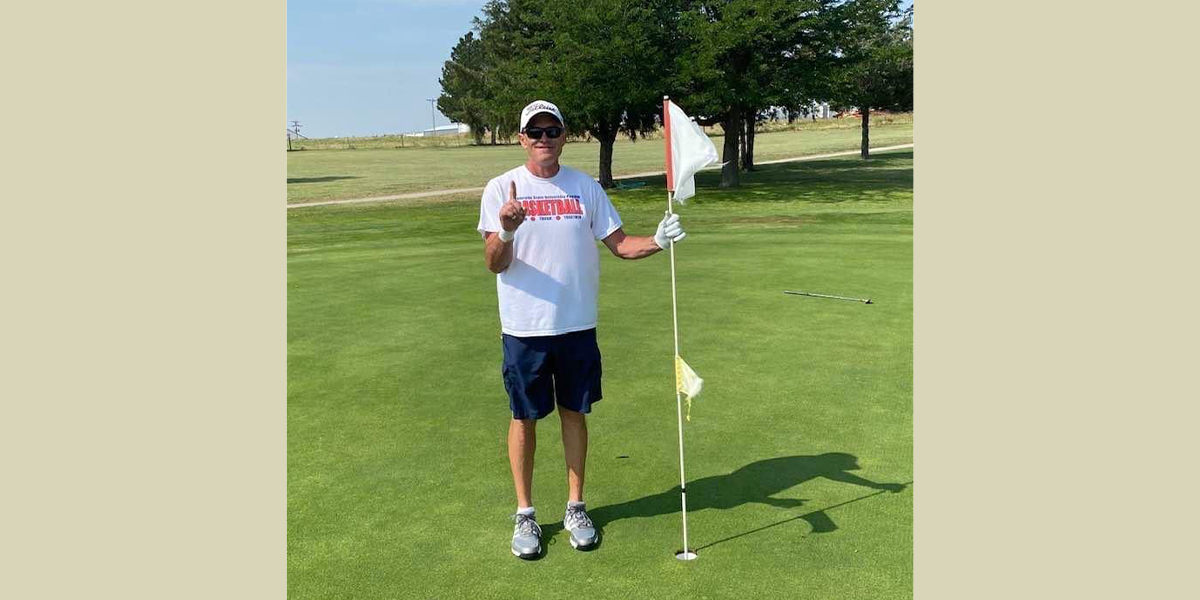 We all strive for perfection in what we do and the sports we play.  Baseball pitchers dream of throwing that no-hitter perfect game.  Bowlers always have that perfect 300 in the back of their minds.  But for golfers nailing a hole-in-one --- that is nearly an impossible feat that few people have achieved.  Obtaining a hole-in-one means driving a small ball off of a skinny tee with a club or iron for a long distance and landing on a relatively small area on the green then having enough luck for the ball’s momentum to continue to roll into a 4.25” in diameter hole.

For Jim Trahern, retired teacher and high school coach from Kit Carson, that once-in-a-lifetime goal of hitting a hole-in-one happened on July 22, 2021 --- for the second time!

Trahern was on the Flagler course playing a round of golf with his brother Bob Trahern and son Jake Trahern as they were preparing for the annual Stop and Shop 4-Man Scramble Tournament to be held over the upcoming weekend.  They were on Hole #4 which a 145-yard, par three challenge.  Trahern said he used a 7 iron and all three of them saw the ball land straight into the hole.

Trahern said that was a much more exciting experience this time around.  The first time he made a hole-in-one was in 1994 on the Lamar course. Trahern commented, “This one was more enjoyable because for my first hole-and-one no one saw it go in the hole.  The sun was in everyone’s eyes and the guys I was with were positive the ball had gone over the green.  We searched through the bushes and all around the fringes for the ball.  Finally, someone went and looked in the hole and there it was!”

The odds of golfing a hole-in-one in a person’s lifetime is about 12,500 to 1.  In relation, the odds of getting hit by lightning, is 15,300 to 1.  Obviously, this former coach doesn’t worry too much about the odds, so for Trahern getting his second hole-in-one in less than 30 years is a motivator to stay on the course and in the game as he waits for #3.