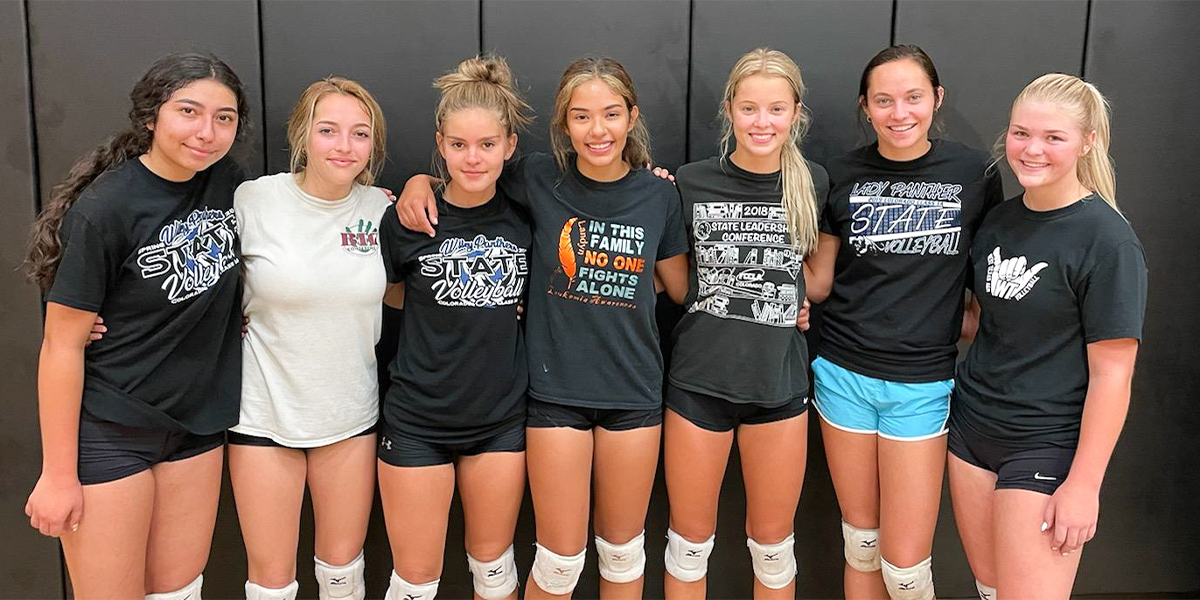 The Wiley Lady Panthers open the 2021 season ranked No. 4 in the Class 1A preseason state ranking released by

Wiley starts the season with three straight road matches at Cheraw on Aug. 26, at Walsh on Aug. 31 and at Sangre de Cristo on Sept. 4 before their first home match against Arkansas Valley League rival Springfield on Sept. 7.

Wiley qualified for the 1A state tournament that was held on May 12, 13, 14 at the Broadmoor World Arena in Colorado Springs.

The Lady Panthers were riding high with a 13-match winning streak heading into the single-elimination tournament.

Wiley capped the season with a glittering 15-2 overall record.

The only other loss for the Lady Panthers came at the hands of Fleming in three games in the third match of the regular season on March 27.

“We had a great season last year,” said third-year head coach Melissa Larrick. “I think we were all disappointed with our performance at state, so we are looking at ways that we can improve ourselves in the postseason.”

Larrick graduated four senior starters from that squad but returns some solid players to fill the void.

“Demi is our No. 1 setter and has been a huge asset to the team for the last two years,” lauded Larrick. “We expect a lot of leadership from her.”

Marquez, an outside hitter, is expected to have another solid season at the net for the Lady Panthers.

“Lupita put in a lot of work in the offseason. It has shown in what we have done on the court this summer. We’re happy to see her back in the lineup,” Larrick said.

Pendleton, a middle hitter and blocker, will also add to the team's performance.

“She has really stepped up as a leader for the team,” the coach said.

Larrick continued by saying, “Grace has been a playmaker for us since her freshman year. She will be working as a setter and hitter this year.”

“Lupita is a strong hitter all across the net. We’re excited to have her back.”

“Wayttyn returns as an outside hitter and hits a lot from the offside and Jackie will see court time as our libero.”

With high school sports teams having to deal with Covid, the volleyball season didn’t start until late March last year.

“Last season was so different, so I am looking forward to things getting back to normal and a regular schedule,” said Larrick. “We will have our work cut out for us, but I am excited to see how well we grow from now through November.”

Larrick said that Springfield will present a challenge for the league championship.

“Springfield is always a salty team, and I wouldn't expect anything less out of them,” she said.

Springfield is No. 7 in the state rankings.

“The key for us will be how well our team clicks,” said Larrick. “This group has been playing together as a solid unit for three years now and the expectations will be high.”