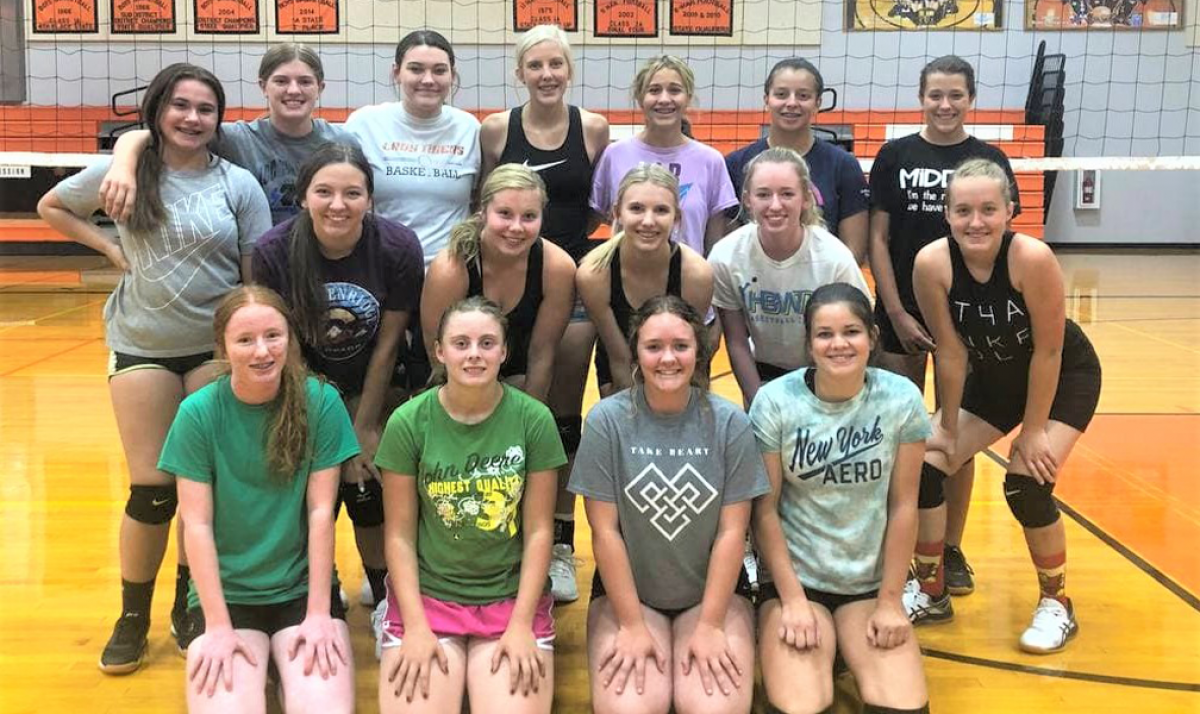 Sarah Hyle is in her second year at the helm with the Cheyenne Wells Tigers volleyball team that saw an average season last year chalking up a 6-7 record.  However, Hyle’s main focus last year was to come together with the team as they mourned the tragic death of their teammate Kaylee Gertsner who died in an automobile accident.

Hyle said, “I consider our 6-7 record a success after losing Kaylee.”

The Tigers return all but one starter from last year’s team.  They lost the services of strong outside hitter Reece Unruh but have a large number of athletic girls to move into the spot.

Hyle has high expectations for the season as they return five starters.  “Having just played last March and April the girls are definitely ready to compete again.”

The Tigers will look to two seniors to lead them including Sydney Dickey and Erin Minton.  Both are middle hitters for the Tigers.

According to Hyle she likes what she’s seeing so far, but one main concern is to improve offensively.  “We have some great hitters, but we have too many hitting errors at times.”

But just as the offense will take some time to perfect, the defense, according to Hyle is always there.  “Our strength is defense.  We have really made the girls work on reading and body positioning on defense.”

The Tigers’ schedule wasn’t available, but Hyle noted that she knows who her competition will be, “Kit Carson is always a threat, but I’m really keeping my eye on McClave and Cheraw.  I think they will both have solid seasons.”