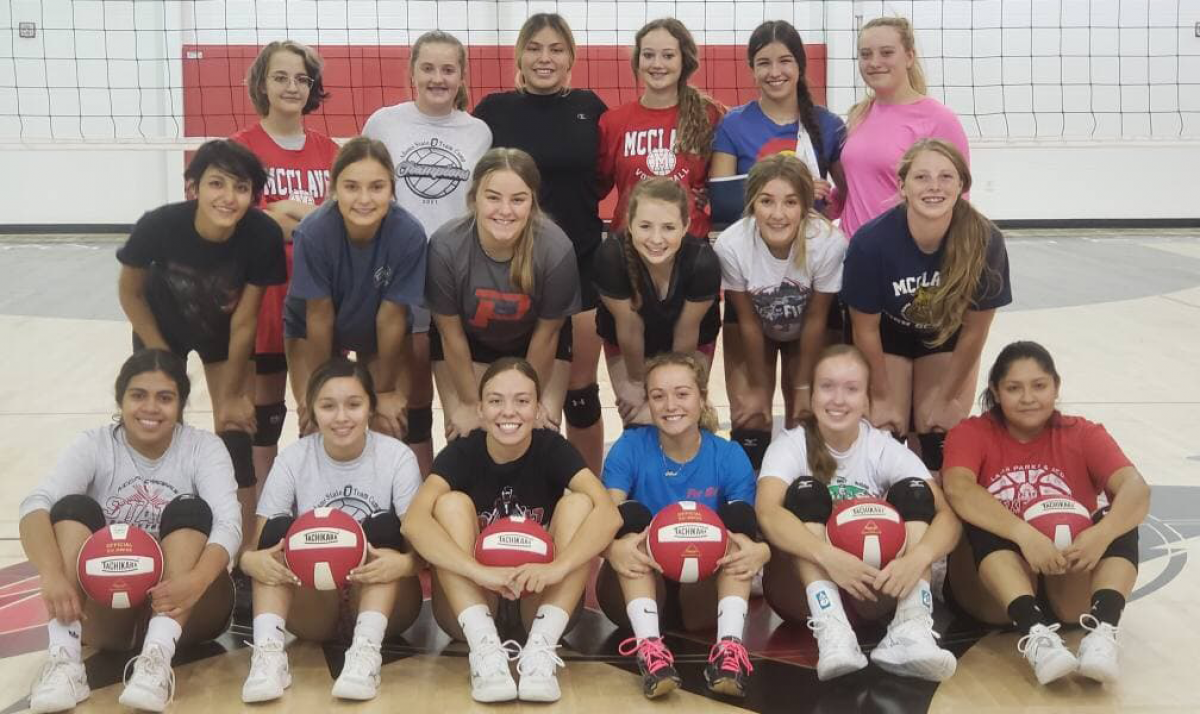 McCLAVE WILL BRING FIVE RETURNERS TO THE NET

Melissa Steinbrunn is in her second season as the McClave Cardinals head volleyball coach and is excited to see what her group can do now that things have settled down with Covid mandates on the area athletes.  The 2020 volleyball season, the one you’d refer to as “last year”, just finished in late April so it’s almost like Groundhog’s Day to be back at it again already.

However, the Cardinals did lose three good senior starters from last year’s team in May at graduation.

Despite all that, Steinbrunn is looking forward to the start of the season.  “Overall, I feel our team did very well last year. Just prior to the beginning of the season we lost both our starting outside hitters to injury. The rest of the team stepped up to fill those roles and made a success out of our season. I was very proud of my girls. We played hard and improved, which earned us a spot at the regional tournament. I’m hoping to build onto last year’s foundation and continue to improve our skills. My expectation is that we will put our best effort forward each week in both our game preparation and on the court during each match. My hope is that we can continue to progress as a team and advance into the post-season.”

The Lady Cardinals does not lack in experience and will bring some seasoned veterans onto the floor who will have major roles to play again this year.

Edith Mungaray is a senior middle hitter for the Cards. She played Rightside Hitter (RS) last year and was a powerhouse on that side. Steinbrunn has made the decision to move her to middle to best utilize her block.

Ciara Solis is the team’s senior Libero. Steinbrunn says, “Ciara was our team leader in digs last year and will continue to play a huge role in our serve receive rotation.”

McKayla Kiniston will be the other middle hitter for the Cards.  As a freshman Mckayla led the Cards in blocks last year, and Steinbrunn is looking to develop her hitting versatility.

Senior Maggie Chase is normally an outside hitter.  She was out last year due to injury, but she is now back on the court and will be a key player for McClave in their serve receive and hitting on the outside.

Junior outside hitter Mariah Enciso (OH/RS) was one of the team’s leading hitters last year. Steinbrunn stated, “We expect her to continue to some great things for us on the pins as we develop her blocking game.”

Steinbrunn is currently trying to make her girls understand how important it is for them to maintain constant energy on the court.  “Maintaining a strong positive energy throughout a match can be a struggle for us. Even as fundamental skills improve, energy is something that we will continually have to progress on as well.”

On the other hand, Steinbrunn is very confident with the team’s overall passing skills of this time.  She thinks it is their main strength, “We are a relatively strong passing team overall. It is one of our primary focus areas in practice, and our expectations are high. Not only my expectation, but their own. Everything builds off of a strong pass, so we always begin there.”

Steinbrunn also knows that McClave is in a very difficult league as the Hi-Plains League has a tradition of excellence in volleyball.  “Overall, we have a lot of competitive teams in our league. I don’t think it would be wise to overlook anyone on our schedule. A few standout league match-ups for us would be Kit Carson and Cheraw. Even though Kit Carson graduated some key players and will be working with a new head coach, that program always turns out impressive teams. They will be on our radar in the league. Cheraw will be another one that should be a powerhouse. They have picked up some new players that will make a difference on the court, and I feel they will be a team to watch out for.”

At any rate, last year’s 9-7 Cardinals should make some decent noise of their own this year.  They played Kit Carson, the eventual league champions, to a close contest.

The Cards will begin their season on Saturday, August 28 at Lone Star where they will take on the dominating Otis group.  Nevertheless, Steinbrunn is not deterred, “We look forward to having a full season and are ready to get back on the court.”