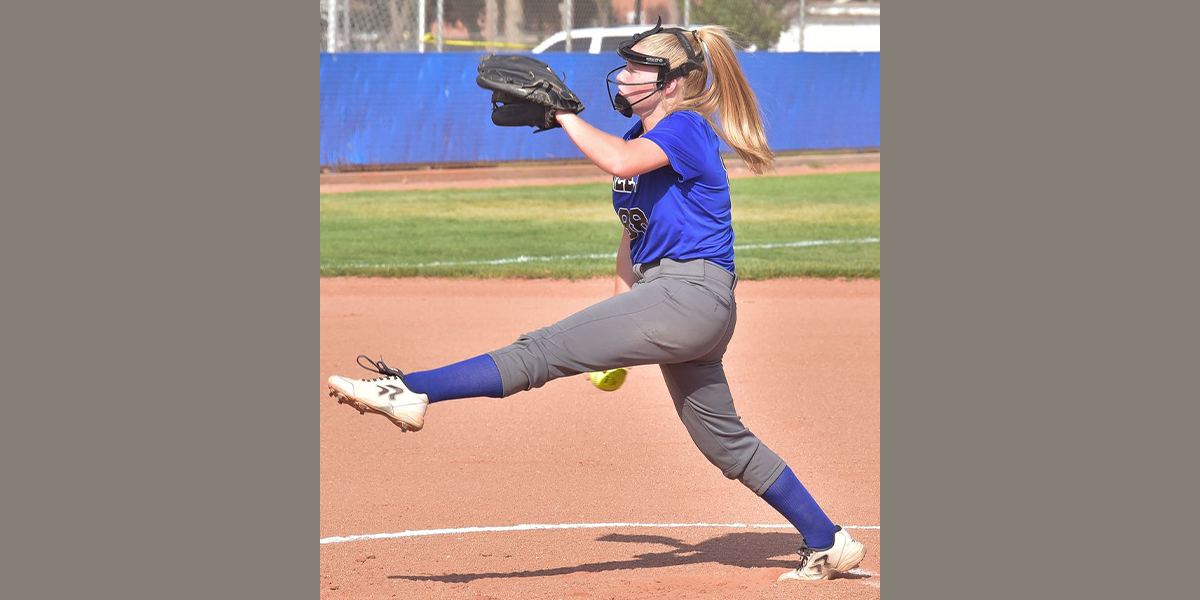 Last year was a weird one.  When the Colorado High School Activities Association (CHSAA) started bringing the hammer down on high school sports because of the Covid-19 virus they changed the way all the normal season schedules were played.  Some good things came out of that dark time for high school sports as the Season A schedule did not included Volleyball and left most of the female athletes in the area without a fall sport.  Wiley stepped in and filled a major void starting a softball team in Season A.  Amazingly enough, the Panthers, with the help of a handful of players from Eads and McClave, were very successful last year and qualified for state in their maiden voyage.

Few thought that Wiley would be able to field a softball team this year as the CHSAA schedule is back to normal meaning that Volleyball season has begun.  Small schools like Wiley do not have the numbers to be able to field two girls’ team sports that require a large number of players.  But, second year coach Jeff Bollinger worked with the Wiley Athletic Director and together found a way to work cooperatively between the two programs.  So, now a small school such as 1A Wiley will play in the 3A division of the Colorado Softball season and will also compete in the 1A division in Volleyball.

Bollinger says they have lost a number of players this year.  Graduation decimated their program and some of last year’s starters decided to go back to just playing volleyball for the season.  That leaves Wiley softball with just 4 returning starters, two of which will play a new position for the Panthers this year.

Bollinger is still excited to get going, “Our expectations are still high.  Our returners include strong hitters Ellee Page, who will switch to catcher this season and Rachel Kopasz who will play first base.  We have an exceptional second base player in Grace White who will be switching over to shortstop.”

And, the good news is, they still have their All-State workhorse pitcher who threw nearly every inning for the Panthers a year ago as a freshman.  Bethany Summers will handle the pebble most of the time and will also be the lead off batter.

The four starters will also get help by a number of players that saw some varsity time a year ago.  They include Sariya Osborn and Ajah Moreno, along with newcomers to the program Dani Cass, Kenna McElroy, Lupita Marquez and incoming freshmen Melanie Salcedo and Jocelyn Salgado.  Salcedo has played a lot of ball with the local Rivals traveling summer team.

Bollinger says their goal for the season is to play hard, have fun and learn more about the game every time they take the field.  “We do have aspirations of once again qualifying for the state tournament, but we will see how much we can mature and grow over the course of the season.”

The coaching staff for Wiley is a seasoned group knowledgeable in the game of softball.  Bollinger has more than twenty years of experience in coaching softball.  Tand Bittner is the assistant coach.  Bittner has been instrumental in building the youth programs in the area for many years.  A newcomer to coaching will be Demi Magdaleno who played high school softball in Lamar and college ball at Otero.  Bollinger stated, “I am very pleased to have the incredible knowledge and experience that we have on our coaching staff.”

Wiley has already played a game taking on Burlington last Thursday and winning over the Cougars, 10-1.

Summers got her first win in the circle to start her sophomore campaign giving up 3 hits, walking 4 and striking out 9 Cougars.

Two Kit Carson girls are dual participating in softball and volleyball.  Senior Stephanie Framel and sophomore Torrie Randel play softball for the Cougars.  There were no stats available for Burlington.

Next up for the 1-0 Panthers will be a trip to play Peak to Peak on Thursday, August 19.  Their first home appearance will be against La Junta on August 28.