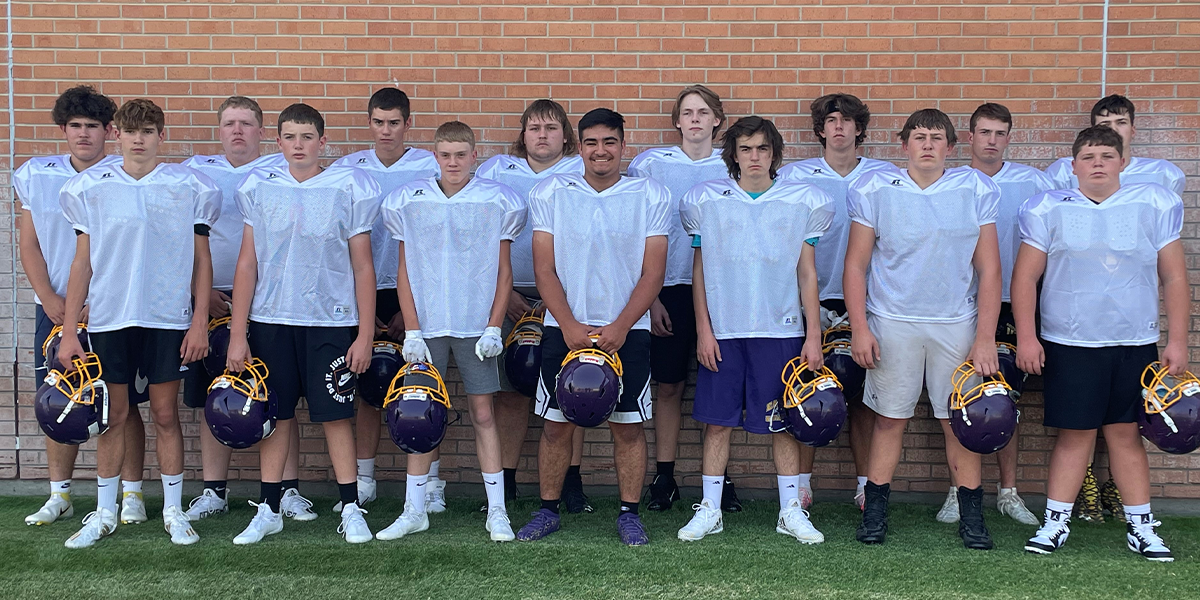 Eads is going to be one of those teams this year that will have the ability to surprise their opponent if their young guys come along like 6th year head coach Trey Eder thinks they can.  Eder has been with the Eads 6-Man program for 14 years altogether and during that time Eads has been in many state playoff situations winning the 6-Man state championship in 2007 and 2015.

The young guys for Eads have some big shoes to fill as the Eagles lost four key seniors last year including one of the top running backs in the state in Damien Barnes.  They also lost their strength on the defensive side of the ball with Barnes, Zack Fowler and Hatch Nelson all leading the state in defensive stats.

Eder says, “It will be their leadership we will miss the most.”

Last year Eads went 3-3 in the very shortened COVID season, and all 3 losses came against teams that were in the semifinals and finals in the 6-Man ranks.  Eder says, “We had a good year and got beat in the quarterfinals by a good Granada team. That game forced us make a lot of changes due to the Barnes leg injury.  But I feel that we actually gained a lot from that game.  It made us look at some different things and play kids in positions they had not played previously and that will help us out this year going forward.”

Eads does return a solid group of athletes that have experience on both sides of the ball.  According to Eder, “Even though we lost quite a bit from last year we were a fairly deep team and that allowed us to get kids on the field and give them some good experience going forward.”

Eads returns a top running back and defensive player in sophomore Porter Spady.  As a freshman, Spady lit up the scoreboard by being the second highest scorer both from the air and on the ground with 845 all-purpose yards and 55 tackles.

Offensively, Eder will also depend on senior Cade McDowell and sophomore Bo Arnold, both of whom will be interchangeable at the quarterback spot depending on the strategy of a given game.  Last year McDowell passed for 139 yards and Arnold added 117 yards.

Defensively, the Eagles will look at Spady, McDowell and Arnold but also will be benefitted by seniors Ty Wilson and Donte Sierra.  Wilson had 40 tackles last year and is Eads’ option for pass coverage as it stands at this point.  Sierra is a solid, quick and strong linebacker that had 19 tackles and 9 sacks last year.

There’s also a little size left on the team with a key junior AJ Vasquez and senior Chase Stolzenberger, both are able to hold down the middle on either side of the ball.  A couple of upperclassmen who were strong on the track team and could help Eads on the ground is junior Brenden Reifschneider and senior Will Crow.

Eads then has a nice handful of youngsters who have joined the team in freshmen Stockton Mitchek, Case Nelson, Kaden Dunlap, Spencer Uhland and a new to Eagle football sophomore Keeton Smith.  The Eagles should get some benefit from a move in junior Toby Ulander who is tall and could eventually find a niche in the system.

But the Eagles’ strengths will be the run defense and the running game.  Eder reminded, “We have traditionally been a great running team and along with that comes a great blocking team.  We are also a decent run stopping team on defense.”

Eder knows his Eagles have their hands full this year as the league is looking to be the toughest in the state.  “Looking into this year it is going to be a tough one with our league as I think it could turn out to be the toughest league in 6-man.  We will need to be on the top of our game each week and come ready to play.  With our talent and strong schedule, we should make the playoffs and from there it is all a new season< and anything can happen.”

Teams in the league who will be a challenge for Eads include Cheyenne Wells, Granada, Kit Carson and Cheraw.  Eder thinks any of these teams have a chance to go deep into the post season.

Eder also knows in order to compete with such quality teams, he’s going to have to have some of the young guns improve quickly, “We are going to have to have some guys step up early and take on prominent roles that they have not had in the past and have a quick learning curve.  I think you really never know going into the season what you really have until you get a couple games into the season as graduation is really big to small schools. The season is

dependent on how your kids with little game experience mature and develop and how much your freshman can handle and chip in.  Like I said earlier we will return some good game experience this year and freshmen that are solid and have played and excelled in Junior High.”

Eads will begin what they hope is a full season at home on August 27 when they host the Genoa-Hugo group.  Then on Fair Friday they unfortunately must travel to Tribune, KS to take on the Greeley County Jackrabbits.  Both games are non-conference contests.

Eder closed by saying, “We are really looking forward to the season and seeing this team improve and make some noise come the end of the season.”