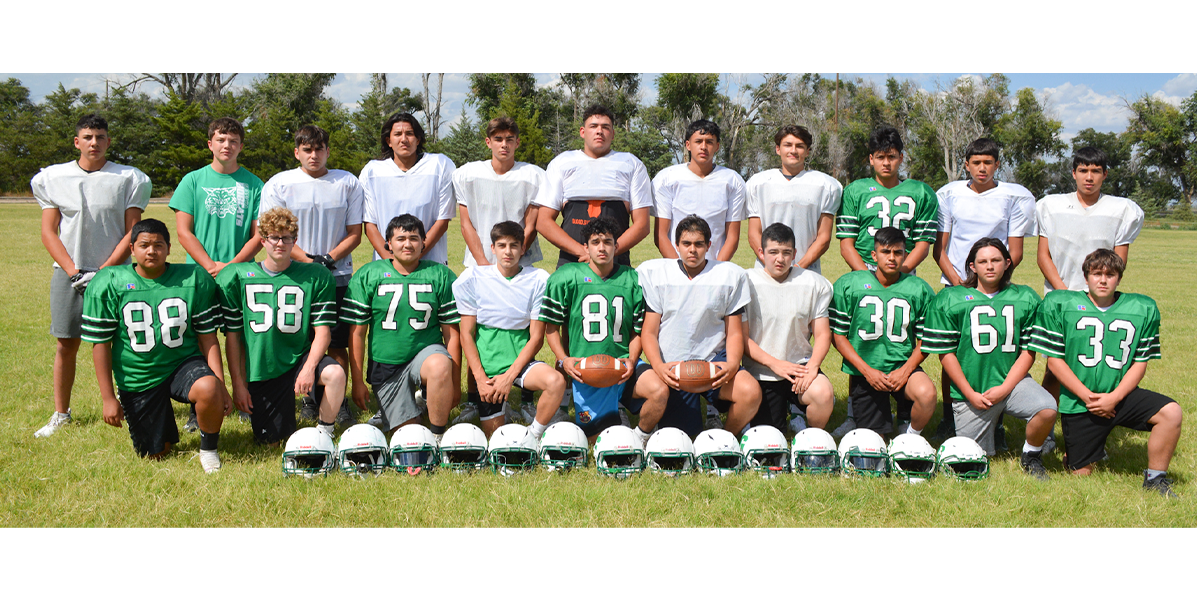 The Bobcats rolled to the Class A 6-man Southeast League championship with a 3-0 record and went 6-2 overall.

In the state playoffs, Granada defeated Eads, 44-35, in the first round.

The Bobcats then faced a rematch with Fleming in the state semifinals for the right to advance to the state championship game.

It was a shootout back-and-forth between the two teams that saw a number of lead changes.

Granada held a 46-38 lead late in the fourth quarter before Fleming rallied for a 52-46 victory.

Fleming went on to win the state championship as the Wildcats crushed Stratton/Liberty, 60-28, for the state crown.

“Last year was a great year for us,” Coach Marquez said. “All things considered it helped move us in the right direction. We fell short of an ultimate goal to win it all but our two losses came to the eventual state champions in Fleming by small margins.”

“A season like that really sets our team up to make a good run this year,” he said. “Our ultimate goal is like every other team in the state, we want to win it all, but my expectations for this year is to compete in every game, every practice, and every day in school.”

The Bobcats graduated only one senior from last year and brings back a strong unit on both sides of the ball.

“We had one senior last year in Jon Rink and he started for us at the center position and defensive end spot,” explained Marquez. “He was a leader on our team and we're working hard to move guys around to fill his spot.”

On offense, Dominic Coleman, the Southeast League Player of the Year and a first-team All-State selection, returns for his fourth season at quarterback and defensive back.

“Dominic has been our go to guy that we can trust to have the ball in his hands for the last three years,” praised Marquez. “We're excited to have him lead our team for his senior campaign.”

A first-team All-State selection, Hainer, a bruising running back, rushed for 801 yards on 114 carries with 12 TDs.

“John's a very big athlete with a lot of ability,” Marquez said. “He's the type of player that can out sprint you or run through you. We leverage him on almost every down.”

Ivan Yanez, a 5-7, 155-pound senior, returns at wide receiver and linebacker and will handle the kicking duties as well. He had 18 catches for 449 yards and 10 TDs.

“Ivan is our other senior next to Dominic,” said Coach Marquez. “He finds ways to get open and has been one of our top targets to get the ball to through the air.”

“Lupe played a lot at an end position for us last year,” said the Granada coach. “We'd like to see him take on a bigger role in the running game this season.”

Other key personnel returning for the Bobcats will include:

“We feel really confident on the offensive side of the ball,” said Marquez. “With our team returning and adding weapons we think that we will have the ability to find mismatches to get the ball down the field.”

“We have some younger guys that we are really excited about,” said Marquez. “I feel they can come in and make an immediate impact to help get our team get to another level and allow for really competitive practices.”

That group of players includes:

“Maddox has come in and shown immediately that he can help our team and be a threat to take some attention off of our returning starters,” cited Marquez. “He's earned the respect from his teammates to be voted in as one of our five captains as a freshman.”

Coach Marquez said that defense will be one area the team will focus on.

“Defense is our focus this year,” he said. “On the other side of the ball we hope to work our tails off to gain the same type of confidence. Defense wins championships and we believe that to be true. We struggled to shut teams down last year at times and had a tendency to give up some big plays that really hurt us. We're working with guys to really put a premium on how we attack the defensive side of the game.”

Looking at the picture in the Southeast League, Marquez said it’s going to be competitive.

“Right now, I don't see an "easy" game on our schedule,” said. “Our league is going to see a lot of really good match ups and there are some really talented athletes in the 6-man realm this year.”

“Games on our schedule that have our guys excited are the two early road trips to Cheyenne Wells and Cheraw. As of right now though our first game is against Eads and our eyes are set on the Eagles. We have a lot of respect for the program Coach (Trey) Eder brings out every year and we're preparing for them.”

Four teams from the league are listed on the preseason state rankings compiled by CHSAA.Now.

Looking at teams statewide, Marquez said, “As for the state, it almost seems a certainty to think that Stratton/Liberty and Fleming are always going to bring playoff quality teams to the table. For our team though, we aren't looking to far down the road. We know we need to take care of our business one week at a time to try to put ourselves in a good position come playoffs.”

Granada kicks off the 2021 schedule with a road game at Manzanola on Aug. 27.

The Bobcats then host Eads on Sept. 3 before three straight road games at Idalia on Sept. 10, at Cheyenne Wells on Sept. 17, and at Cheraw on Sept. 24.

Granada then looks forward to three straight home games against Flagler on Oct. 1, Walsh on Oct. 8, and Kim/Branson on Oct. 15.

The Bobcats wrap up the regular season at Kit Carson on Oct. 22 and will host Cotopaxi on Oct. 30.