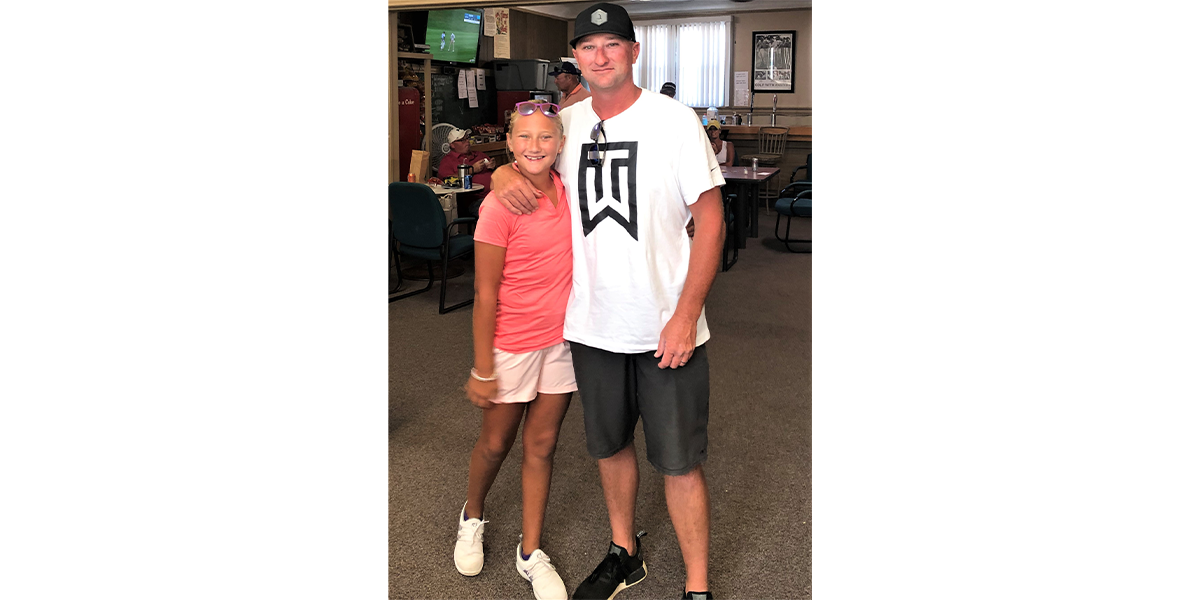 The father-daughter duo of Kyle Barnett and Reese Barnett from Eads won the annual One-Man-One-Woman Modified Scramble Tournament at the Eads Golf Course on Saturday afternoon.  The Barnett team beat a field of more than 20 other groups in the 18-hole scramble tournament.

Fifth grader Reese Barnett and her father Kyle used two birdies on the front nine to set the pace with a -3 under 33.  The back nine didn’t go quite as well but still well enough to win the Championship Flight as the duo scored even par on the back nine with one birdie and one bogie.

In second place was the team of Justin Crow and Lana Mireles from Burlington who shot an opening round of +2 over par 38, but then had a strong -1 under 35 on the back nine for a total tournament score of +1 over 73.  Third place went to the team of Stephanie Bohlander and Neil Richardson, both of Eads, coming in with an even par front nine score and +2 over on the back nine for a total score of +2 over par 74.

The First Flight was also won by a father/daughter duo of John Philpy and Caitlin Philpy.  The Philpy team started in the hole after the front nine coming in with a +6 over par 42, but finished strong on the back nine shooting par.  Their total tournament winning score was +6 over 78 on the day. 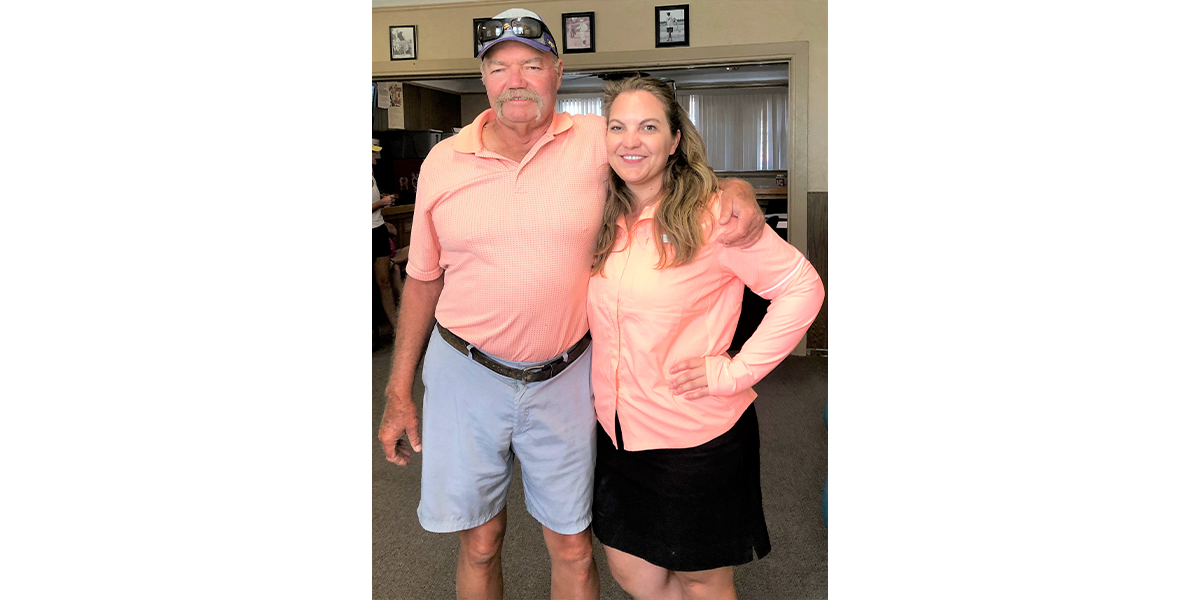 The team of Larry Gifford and Kim Richards of Eads came in second place in the First Flight shooting an overall +7 over par 79 on the day.  In third place was the husband-wife team of Tom Head and Lisa Head of Flagler coming in with a total score of 81 on the day.

The Second Flight was won by the husband-wife team of Bobby Rittgers and Jackie Rittgers from Eads.  The Rittgers team used two birdies to finish at the top of the Second Flight after the front nine with a +7 over 43.  They did even better on the back nine shooting a +5 over par 41 for a total score of +8 over 84. 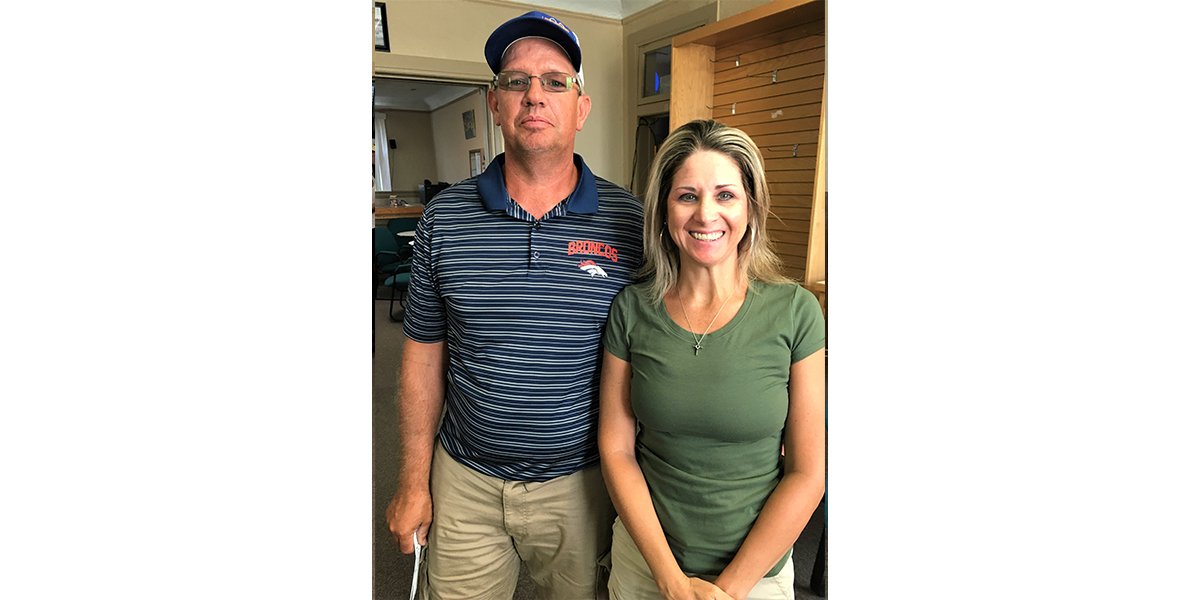 In second place in the Second Flight was the team of Beatle Koch and Sharon Koch from Eads who came in with a total tournament score of a +11 over 87.  The final place in the tournament went to the mother/son duo of Becky Rittgers and Mat Rittgers of Eads coming in with a +12 over 88.

It has been a successful season of golf tournaments at the Eads Golf Course.  The summer has been full of hot competition and fun times for all.  The final tournaments of the summer are scheduled for the week after the Kiowa County Fair when the Two-Man Scramble Tournament will be held on Saturday, September 18 and the Men’s Club Tournament, the final event of the season, is scheduled for Sunday, September 19.