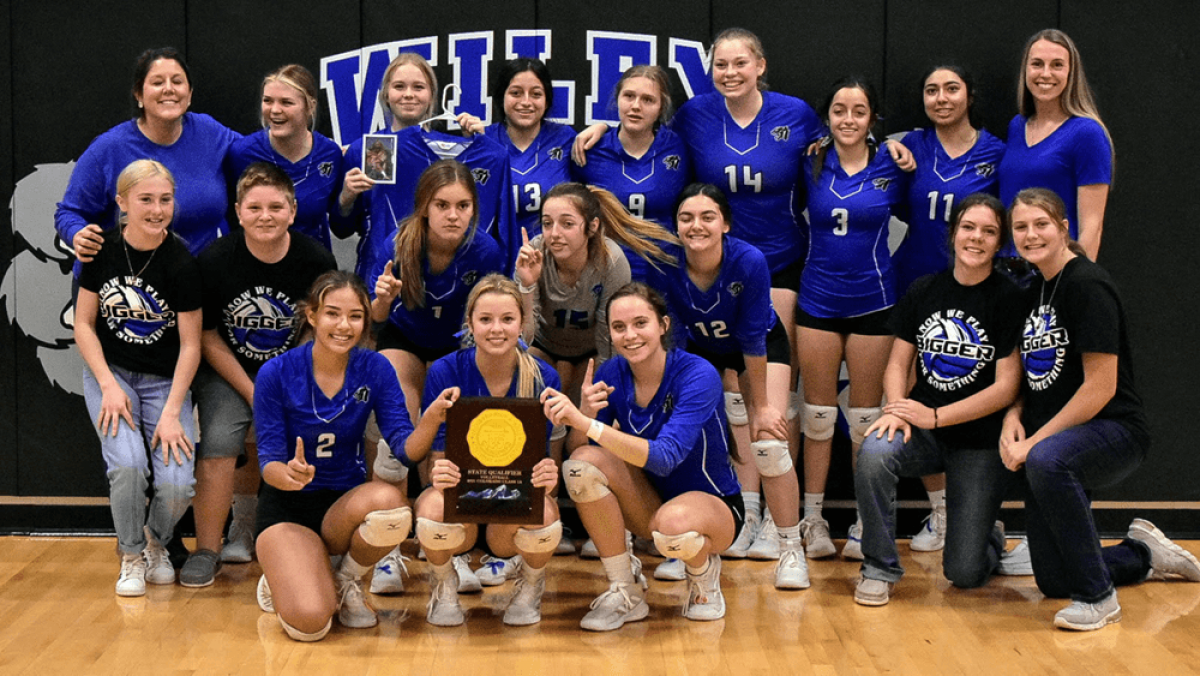 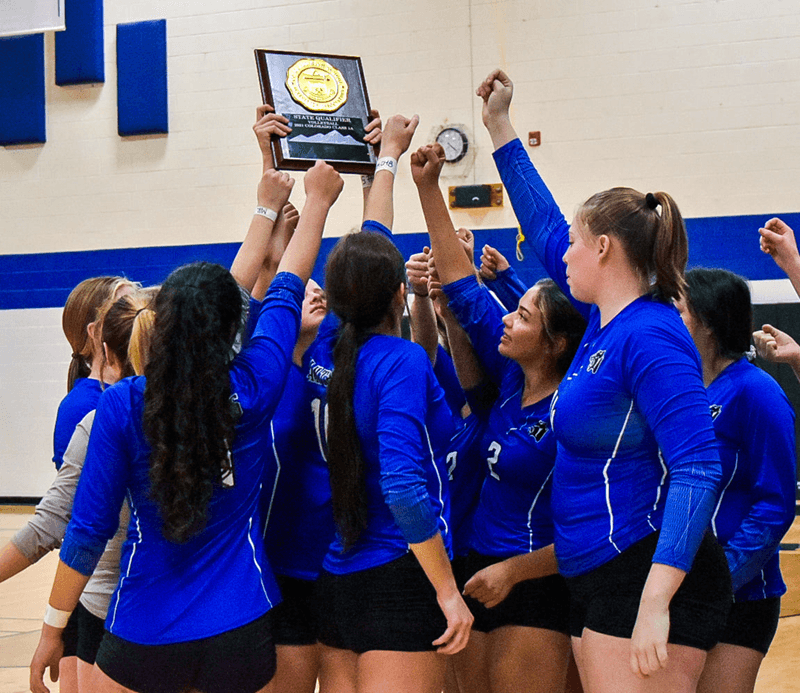 The postseason got underway in high school volleyball with state-qualifying regional tournaments held across the state last week.

In Class 1A, the Wiley Lady Panthers claimed the Region 5 championship to earn a second straight trip to the 1A state tournament.

“Heading into the regional tournament we were pretty excited,” said Wiley head coach Melissa Larrick. “It’s always exciting during the postseason. We played Cheyenne Wells earlier in the season, so we kind of knew what they were working with. However, they definitely showed up to play, and proved that on the court.”

“We hadn’t seen Weldon Valley during the regular season, so we weren’t too sure what to expect,” added Larrick. “They were definitely a good team, and our girls battled through that match to make it into the state tournament. Looking ahead, we have some things that we need to work on defensively and behind the service line.”

Also qualifying for state was Cheraw who hosted and won the Region 8 Tournament.

The season came to an end for Kit Carson, Springfield, and McClave.

Kit Carson competed in the Region 1 Tournament held at Briggsdale.

McClave traveled to Haxtun for the Region 3 Tournament.

McClave ended the season with a 17-7 record.

The Lady Cardinals will lose the following seniors Maggie Chase, Ciara Solis, and Edith Mungaray from the varsity roster.

Wiley takes a 20-2 record into the state tournament that runs Nov. 11-13 for all classifications at the Broadmoor World Arena in Colorado Springs.

The two losses this season for Wiley were to Briggsdale, 3-1, and to Haxtun, 3-0.

Merino returns as the defending 1A state champions.

This year’s state tournament will be played under a new format and is not a single elimination bracket like last year.

If Wiley loses they would play the loser of Match 19 between No. 3 Haxtun and No. 6 Stratton or No. 11 Belleview Christian at 12:00 on Friday in the elimination bracket.