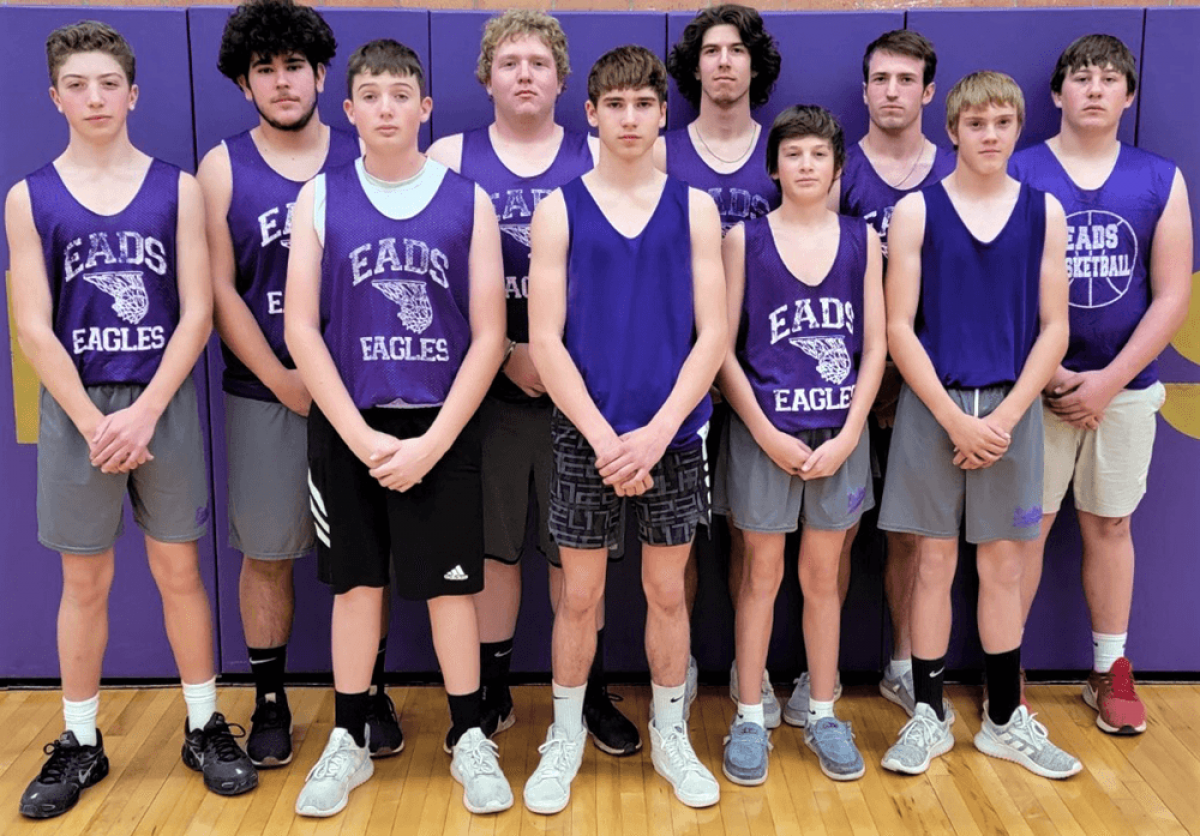 Weston Meardon has been around basketball all his life, first as a player as he and twin brother Jaxon Meardon were standout guards for the Walsh Eagles a few years back. Meardon has been on the Eads Boys’ Basketball bench for the last 3 years as the assistant coach but will now take up the reins for Eads.

Meardon will have to depend on the return of three key starters and a collection of underclassmen that have had some good court time last year. They include seniors Ty Wilson, who is a 5’11 guard and Cade McDowell, a 5’11 post and swing guard. Also, Meardon will look to sophomore Porter Spady, a 6’0 point guard who averaged 10ppg and 5 rebounds per game last year.

Meardon says, “Ty Wilson is a great leader for the team, gives 100% every play, he’s an experienced player and we’re expecting great things from him. Cade is another great leader, has good basketball IQ, and we are definitely a better team with him on the floor. And Porter is still young but already seems like a veteran player. He pushes everybody to be their best every day, so we are excited to see what he does this year for our team.”

Other players who Meardon will use a lot are junior forward A.J. Vasquez, sophomore swing guards Bo Arnold and Brentley Lening and freshmen Stockton Mitchek, Case Nelson and Colin Nelson.

The Eads program took a big step forward last year after many years of finishing in the basement with a losing season. They were 11-5 on the short Covid season a year ago and finished 2-3 in fifth place in the tough High Plains League. However, they came on strong into the post season defeating Denver Waldorf in the first round of regionals and advanced to the state qualifying game with Belleview Christian who defeated them 76-48. The Belleview group went on to win the state championship.

The High Plains League is going to be tough again as Cheyenne Wells has some athletic players and McClave and Granada were tough to handle last year as very young teams with everyone coming back.

Meardon is prepared to take advantage of his team’s strengths, “Our strengths are our conditioning, discipline, and leadership. We might not be the biggest, fastest, or strongest team but we will always be the best in those areas mentioned earlier.”

He also knows it will take some time for their overall shooting to come around. He’ll hav to worry about the young kids who will have to play a lot of minutes this year, “Game experience for the majority of the team is a concern now, but we’ll get there.”

The Eads group will get busy right out of the gate as this Friday they open up at home hosting Flagler/Hi-Plains. They then travel over the border to Kansas during the second week in December for the Border Wars. Finally, Eads is looking forward to the annual Lamar Holiday Basketball Tournament that returns after Covid shut it down a year ago on December 16, 17, 18.

Meardon is ready to go, “We are optimistic overall, we know that just our whole league will be tough this year, but we are expecting to shock some people throughout the season and to make a run into the postseason.”