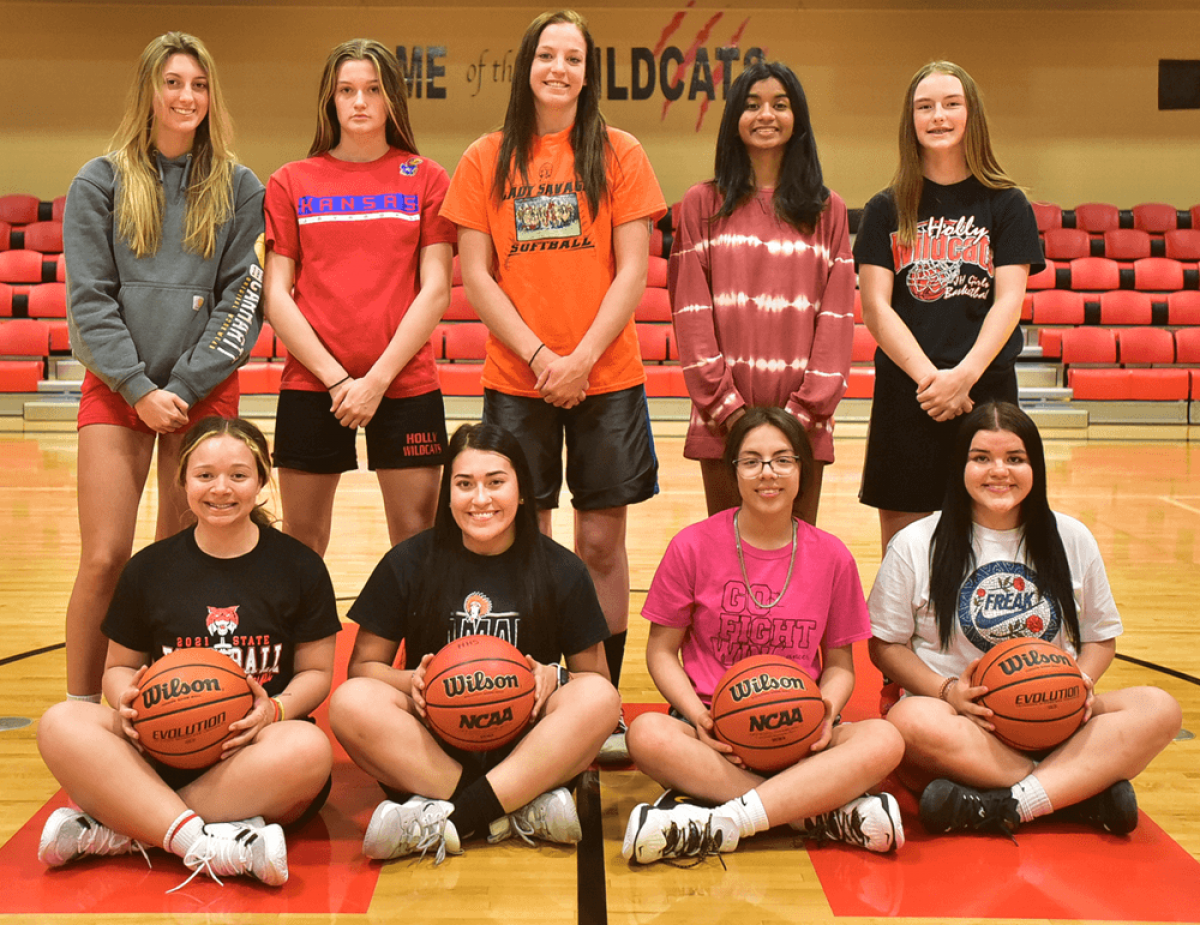 The Holly Lady Wildcats basketball team looks to turn things around after a 2-12 season a year ago.

“Nadia has steadily improved every year since being a key sub as a freshman,” said Jensen. “She can shoot and handle ball well and will be a big threat this season.”

“Jade is a speedster than can run the floor and spread a defense out,” Jensen said. “She is also a solid defender.”

Sierra Howland returns to the team after not playing last season.

“Sierra missed last season but was a high scorer and rebounder for us as a sophomore,” said Jensen. “We’re glad to have her back.”

“Averee got thrown in the fire as a freshman last year,” explained Jensen. “She continues to progress in being a key player on our team.”

Jensen said his team will still be very young and areas of concern will be turnovers and shooting percentage.”

Looking at the Santa Fe League (District 6), the Rye Lady Thunderbolts will be considered the favorites and enter the season ranked No. 4 in the preseason Class 2A state rankings released by CHSAANow.com.

“Rye for sure will be solid again,” said Jensen. “The rest of our league is going to be a tossup. A lot of good players graduated from the top teams last year.”

“We always have high hopes to be successful but we want to grow as a unit have solidarity in the ranks,” said Jensen. “If we give 110 percent and play to our potential, we can possibly fare we’ll in our league this season.”