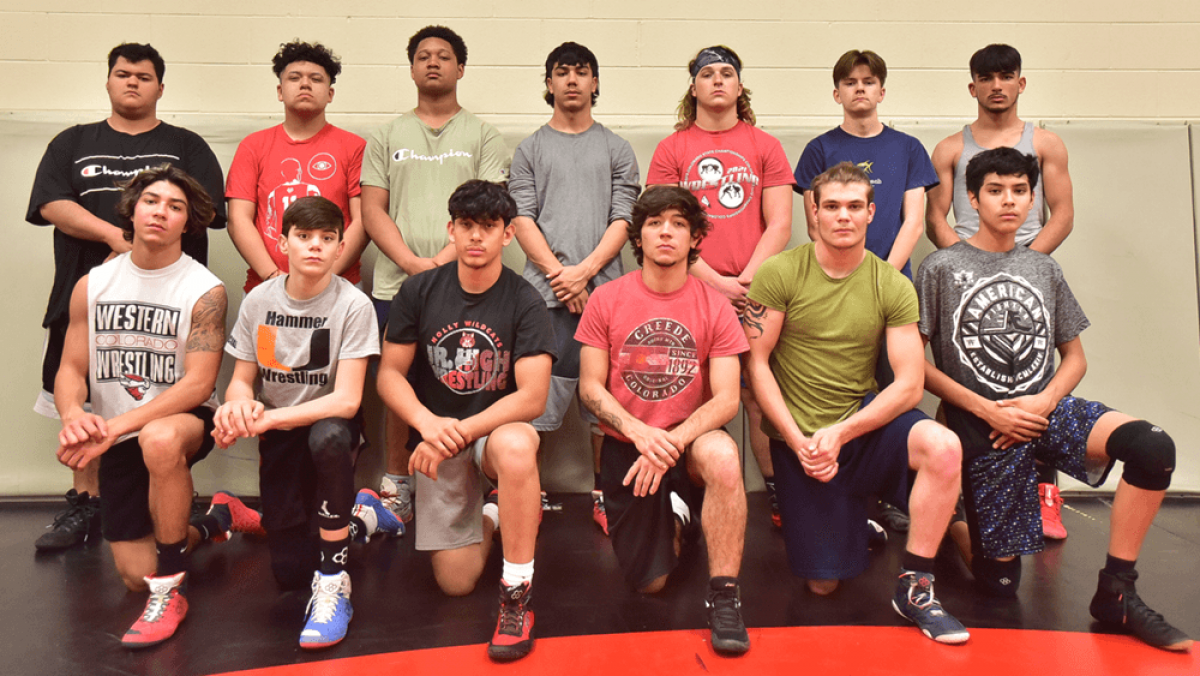 Some good news for the Holly High School wrestling program heading into the 2021-22 season.

The Wildcats went from five wrestlers last season to 13 wrestlers this season in the practice room.

Second-year head coach Mikey Lozano was all smiles with the turnout.

“We have quite a few kids out this year and it’s going to be different to see a full wrestling room is very encouraging,” he said. “It will be a mix of some veterans and some new kids coming out.”

The returning wrestlers from last year will include junior Daunte Maldonado at 132; junior Diego Enciso at 138; sophomore Dominique Maldonado at 145; senior Shaun Lynch at 152, and sophomore Cale Nordyke at 195.

Nordyke returns as the lone 2A state qualifier for the Wildcats and got a taste of competing in the Big Show.

The nine newcomers to the team will include freshman Tripp DuVall at 106; sophomore A.B. Juarez at 120; senior Gabe Neugebauer at 126; freshman Wesley Fehr at 126; junior Roque Torres at 132; senior Donovan Pecina at 152; freshman Damien Molina at 220; sophomore Joseph Scott at 285; and sophomore Jayden Pizzaro at 285.

Lozano knows the new prospects as well as the returnees will have to work hard to gain that valuable mat experience.

“We had some kids put in mat time during the summer and that is going to help,” said Lozano. “They are dedicated about this season. It’s all about working on basics, basics, basics. That is what wins championships.”

Assisting Lozano with the coaching duties this season will be Brendyn Nordyke who wrestled for the Wildcats and was a four-time state qualifier and two-time state placer.

“I’m excited to have Brendyn as my assistant,” said Lozano. “He brings a lot of knowledge and experience to the table. He will be a big asset for the team.”

Lozano added, “We’re excited about the season and see where it goes from here.”