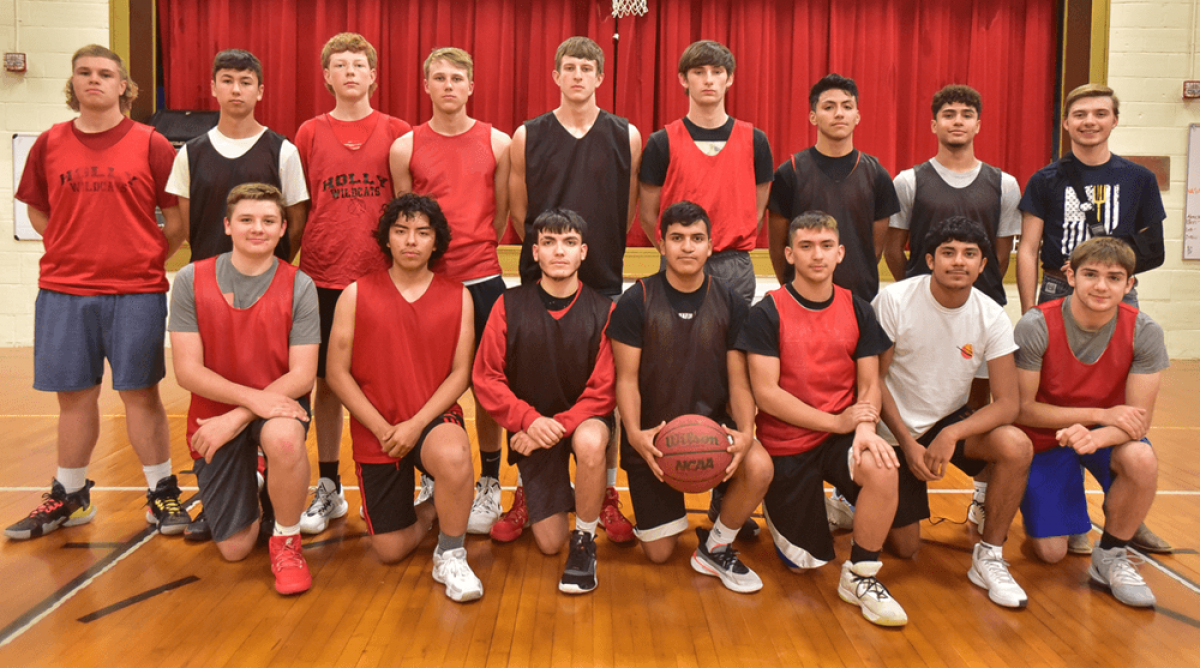 The Holly Wildcats boys’ basketball team is the preseason pick to win the Class 2A Santa Fe League (District 6) title.

Holly won the district title last season with an 8-0 record. The Wildcats were upset in the Sweet 16 with a 59-58 loss to Wiggins to end the year with a 13-2 record.

The Wildcats will have a few holes to fill after losing three of their top five scorers.

Both will be the playmakers for Wildcats and versatile athletes.

Eaton had another strong year as quarterback and led the Wildcats to their first league title in 17 years and to the state semifinals in Class A 8-man football playoffs.

The Wildcats finished with a 7-0 record in the Arkansas Valley League and 10-2 overall.

Eaton was the leading passer in the 8-man state ranks as he completed 133-of-201 passing attempts for 2,619 yards with 31 touchdowns and six interceptions.

He was sixth overall in the state in passing for all classifications.

Eaton was named a first-team selection to Arkansas Valley League All-Conference team and was also recognized as the league’s Player of the Year.

Back to basketball, Cathcart will look to the following players to step in and contribute significant play time at the varsity level:

Cathcart said there will be some concerns looking at this year’s team.

“Our advantage will be our quickness,” he said. “But we have no size and depth at the varsity level. We will have some young guys who will have to be ready to step up. Right now, we’re seven deep. If we get in foul trouble, I don’t know what we’re going to do.”

One key player not returning to play this season will be junior Julian Terrazas.

“Julian saw a lot of minutes on varsity last year but he’s not out this year and that will hurt us,” said Cathcart.

Cathcart said that having Fernando Dominguez back out for basketball this season will be a plus.

Dominquez has good jumping ability and was the leading receiver in football. He had 53 receptions for 1,104 yards and 13 touchdowns.

In looking at the Santa Fe League (District 6), the teams expected to challenge the Wildcats will be Rye, Fowler, Hoehne, Rocky Ford, and Crowley County. The rest of the pack will include Swallows Charter, Swink, Las Animas, and John Mall.

“Our league is going to be tough,” said Cathcart. “Right now, we have to find the guy or guys who want to take that leadership role. We haven’t had that in a few years.”