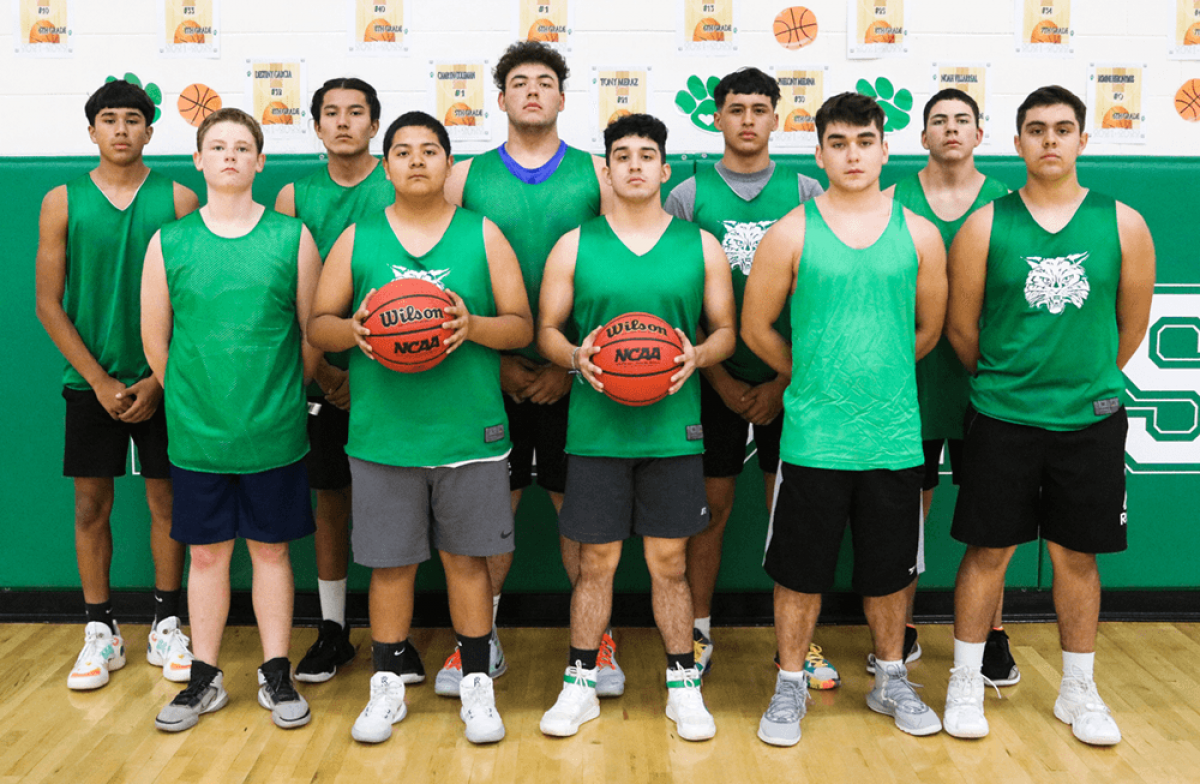 The Granada Bobcats head into the 2021-22 campaign as one of the top teams in Class 1A basketball.

The Bobcats are the preseason No. 1 in the state rankings released by CHSAANow.com.

Granada will boast a strong cast of returning starters from a team that finished 15-2 a year ago in a shortened season due to Covid restrictions.

The Bobcats opened the season with four straight wins before losing to Eads, 63-55.

“We are returning five players from last year’s semifinal team,” said second-year head coach Traegon Marquez. “We lost our lone senior Jon Rink to graduation, but we are adding a solid freshman class that we expect to make some contributions. That freshman group is led by Maddox Coleman.”

The Bobcats return three of their top scorers spearheaded by 6-0 senior Dominic Coleman, the potential Player of the Year, and a returning 1A first-team all-state selection last season.

Coach Marquez looks forward to the addition of Maddox Coleman, a 6-1 small forward, who will be a huge asset to team.

Maddox is coming off a stellar season in football as one of the top receivers in the 8-man ranks.

He combined with his brother Dominic for 1,277 yards receiving on 46 receptions with 24 TDs.

Dominic capped his senior campaign completing 94 of 31 attempts for 2,054 yards with 38 TDs and just two interceptions.

Coleman also played on defense and registered 205 tackles, 12 interceptions, and had 7 fumble recoveries.

Looking at his team, Coach Marquez said, “Ivan is our floor general. He does a really good job handling the ball for us and getting our offense started. Defensively his quickness and aggressiveness gives us an edge to put pressure on the ball.

“Dominic has been Mr. Reliable for us the last two years, he just does good things all over the floor. He is really balanced in his attack where defenses have a hard time defending him because he’s just as comfortable shooting a three or going to work on the block. Same thing defensively he has the ability to defend guards and big men.

“Our sophomore Jonus is coming off of a really good outing as a freshman. He played key roles for us and provided a spark for us coming off the bench. We know he has play-making capabilities that will help take the pressure off of our other guys.

“Maddox is our freshman coming in that Coach Kody Wallace and I are looking to make an impact. His work ethic to the game of basketball is phenomenal and he isn’t built like the typical freshman. He’ll add another level of attack to our squad.

“Brandon comes back as one of the leading three-point shooters in the state. We’re impressed with the work he put in this summer to escalate other areas of his game but there’s no question as to how confident we are when the ball finds him alone around the three-point arc.

“John returns as our center and coming off of a really good sophomore season. We tasked John with shutting down oppositions inside attacks and leveraging his size to get good position for rebounds and to get easier looks under the basket. He can run the floor with the best of big men and that allows us always to have an uptempo game.”

Coach Marquez feels the strength of the team will be experience.

“We return a lot of talented athletes that have played in the state semifinals,” he said. “They have a really good idea of what it’s going to take to get the job done.”

“It’s not too often especially in 1A basketball where a coach finds himself with six ball players that have the skill knowledge and love for the game together on one team. We know we have plenty of work to do to get to “mid-season form” but we feel confident with the tools to be considered a contender.”

Coach Marquez feels one area his team need to improve on is controlling the flow of the game.

“We need to improve on imposing our flow of the game,” he said. “There are some teams we play that do a really good job at slowing the ball down or speeding it up when we don’t want to do those things. When we control the pace of the game good things tend to follow. Other things we want to improve on are probably the same as all other teams, free throws and rebounding.”

Taking a look at the High Plains League, Coach Marquez said you can’t overlook anyone.

“There are some really good teams in our league this year,” he said. “I think we have one of the toughest leagues in Class 1A. McClave has some kids that have put in their time as underclassmen and a few foreign exchange students that are really going to help their program be tough.

“Wiley is big with good athletes and Cheyenne Wells is coming off of a great football season as the state champions and will be suiting up really strong athletic kids.

“Kit Carson always is a hard out because of how disciplined they play the game and Cheraw returns a lot of talent and we continually battle with them in every sport. The list goes on with the likes of Eads. This is going to be a really fun basketball season with every team being really competitive.”

As the start of the season approaches for the Bobcats, Coach Marquez said his team has to take it one game at a time.

“As a team we are excited to get the season going,” he said. “Getting so close in football the last two years and basketball last year I know our guys want it.

“At our practices we can tell they are wanting to be pushed to play at a high quality level of basketball. We talked about how we came in No. 1 in the preseason rankings but to be honest we aren’t even looking at any of that recognition seriously.

“We know we have a lot work to do and it is a long season. Our goal is to compete our faces off every day for each other. We feel like if we can do that, we will be in a good place to make a run towards the postseason.”